Following the outbreak of covid-19 with social distancing and quarantine standards, festivals and music events for the remainder of this year were canceled before our eyes. What would have been the commencement of the second annual three day music festival, Weekend at Wolfies, hosted by Bumpin Uglies, was instead celebrated with a social distancing approved performance at the SOLD OUT Haars Drive-In show on June 11th, 2020 with Joey Harkum and other special guests.

Sitting just north of the Maryland state border through rural farm land and the rolling hills of the Appalachian Mountains is Dillsburg, P.A.; a quaint town known for its serene views, annual Farmers Fair Celebration, and of course, the Haars Drive-In Movie Theatre. In the 1950’s, drive-ins were a popular option for those looking for a night out. They were replaced over time with stadium style indoor movie theatre seating, reclining chairs, and even 3D options. With a 40 foot projection screen and radio broadcasted audio from the comfort of your car, drive-in theatres were nearly a romanticized part of our society’s past.

While the music and entertainment industry has evolved with virtual music festivals such as 11E1ven Group’s Live from Out There, or artists streaming on Patreon, Drive-In shows are recently on the rise and give fans an opportunity to get outside, feel connected, and hear their beloved artists play live.

Upon arrival to Haars Drive-In, a throw back to 1950 took you to a drive through ticket check-in before being led to a GA or VIP parking space. The first two rows of vehicles closest to the stage were deemed VIP. Marked parking spaces distanced appropriately allowed a safe square to get out and move about. The allotted capacity of the venue was cut down to safely socially distance and the SOLD OUT Drive-In show hosted 240 vehicles.

Rules posted included a maximum of four people per car, masks being mandatory, social distancing requirements of six feet needing to be followed, and no drugs or alcohol on the premises. Food was available for safe ordering and pickup from their concession stand. Tune in to the radio if needed, but this was no ordinary drive-in experience; Bumpin’ Uglies had a stage set up in perfect view 50 feet from the start of car lined rows, brought a PA system, and hired stage light extraordinaire Scott Light to make this the memorable event of a lifetime.

Guests exited their vehicles to hang out at their cars like many lot set-ups seen before shows starting; sitting in their truck beds, sipping beers, walking around to wave to friends, and enjoying the perfect weather. Many commuted hours or even from other states for this social distancing safe experience. Everyone seemed to find the friendly faces and the evening of normalcy to be refreshing. Attendees sported their Bumpin Uglies gear from their cars with tapestries, lights, and flags, as they would if they were setting up camp at Weekend at Wolfies.

A starry sunset set the tone for Joey Harkum to take the stage at 9 p.m.; Harkum and Hardesty (lead guitarist and vocals for Bumpin’ Uglies)  are long time friends and have years of history playing together around their hometown of Annapolis, MD. Joey Harkum was a favorite newly discovered artist for many following the first Weekend at Wolfies in 2019 and his well known band, Pasadena, was scheduled to perform at this year’s Weekend at Wolfies festival. Harkum’s indie folk rock style of music appeals to a mass audience with sing along jams and deeply written lyrical content. Their set was perfectly executed and hearing hundreds of people sing along to “Whiskey Song” instantly set a loving community tone. In lieu of massive crowd cheers, guests honked their car horns and flashed their lights from a safe distance at the end of the performance.

As night fell, Bumpin’ Uglies took the stage and a few fans gathered more closely with their camping chairs and blankets. Following a couple of social distancing reminders, Hardesty, in the same fashion as Wolfies 2019, lifted his young son above his head for the crowd to see while The Lion King’s “Circle of Life” played. Bumpin Uglies announced that their album would be dropping in just a few hours at midnight, titled “Keep your suitcase packed.” Joining them on stage for sit-ins were artists such as Mike Busch, Charles Kavoosi, and Joey Harkum.  Jamming out an upbeat and fun set that included new releases like I Just Am and tied in with fan favorites like Bad Decisions and Yin and the Yang, the band played an eclectic mix that had everyone dancing, flashing their car lights, and honking their horns.

When their set ended and Bumpin’ Uglies said their goodbyes, fans were not ready for the night to be over – the crowd of cars went wild as Chad (keyboard), TJ (drums), Brandon (lead guitar/vocals), and Wolf (bass) exited the stage. Following a sea of cheering people, honking horns, and 240 car lights flashing in support, the band went back on stage to play a one song encore, “Warning”, a fast paced song from their 2015 album Sublime with No One. It would absolutely be their last song of the night.

Knowing the end was approaching, guests could no longer contain their excitement and approximately a hundred people rushed towards the stage, yearning to feel the vibrations of the bass while dancing with their friends and singing along with their favorite band. It all happened very quickly and the carefree child-like freedom of skanking and crowd surfing only lasted about 90 seconds. There were smiles everywhere and even those safely distanced in the crowd felt vicariously free: it was an irresponsibly beautiful,  justifiable, and invaluable moment.

Bumpin Uglies played straight through the fan chaos ensuring to give them every moment of what their hearts needed. As the crowd broke and the song ended, people cheered and revved their engines before heading home.

In a world where drive-by honkings were the new birthday parties and stocking up on toilet paper became high priority, clarity has been brought to many regarding the true value of a hug, coffee with a friend, family gatherings, or simply the freedom to dance in the night next to a hundred strangers who all share a common core need and love : music.

Social distancing standards and covid-19 brought so many life lessons in 2020. Social connection is vital to humans and scientific evidence supports that this is a core psychological need. Connecting with humans, on a very basic level, gives people a sense of belonging, a support system, and a reason to feel less lonely.  Thank you to Bumpin Uglies and their fan group, Uglies Nation, for this reminder. This sense of community, freedom, and safety is what makes concerts special for so many.

Please don’t forget that amidst the times of quarantine, covid-19, police brutality, and Black Lives Matter : 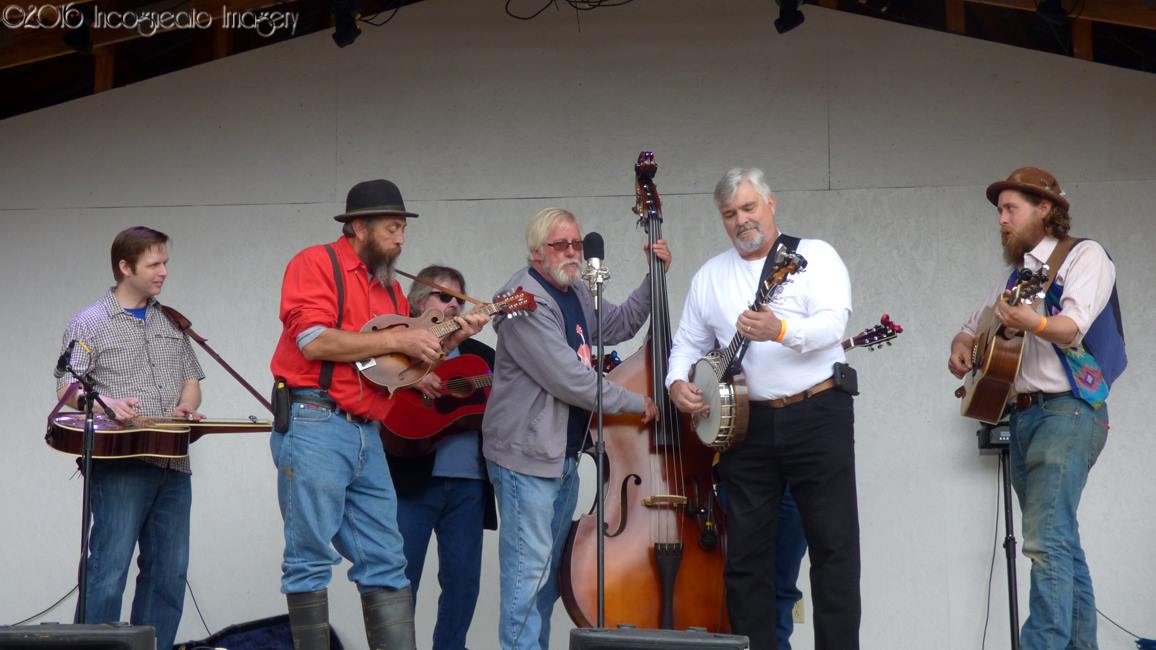 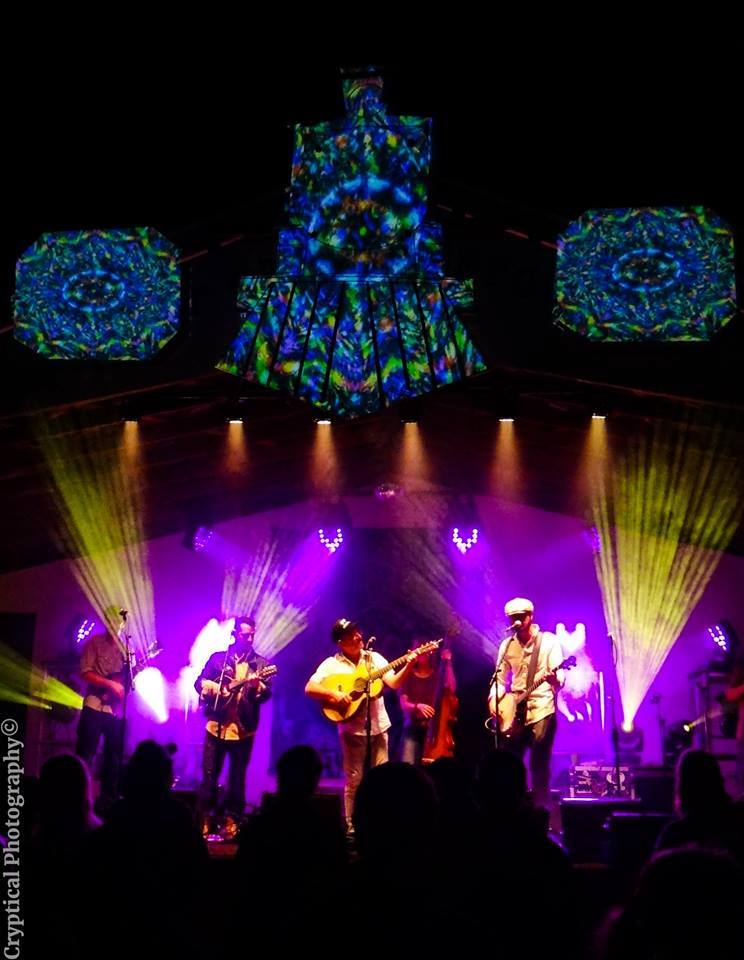 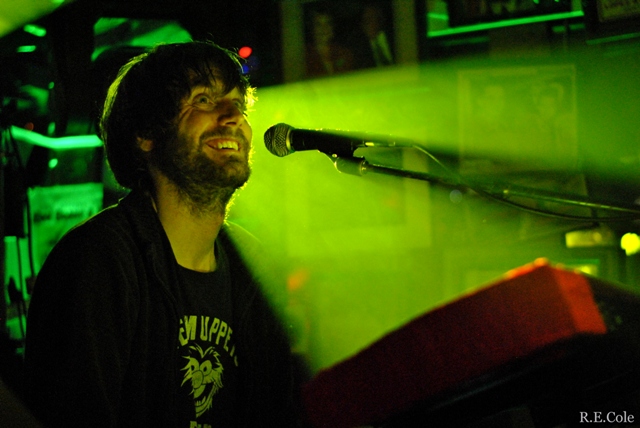