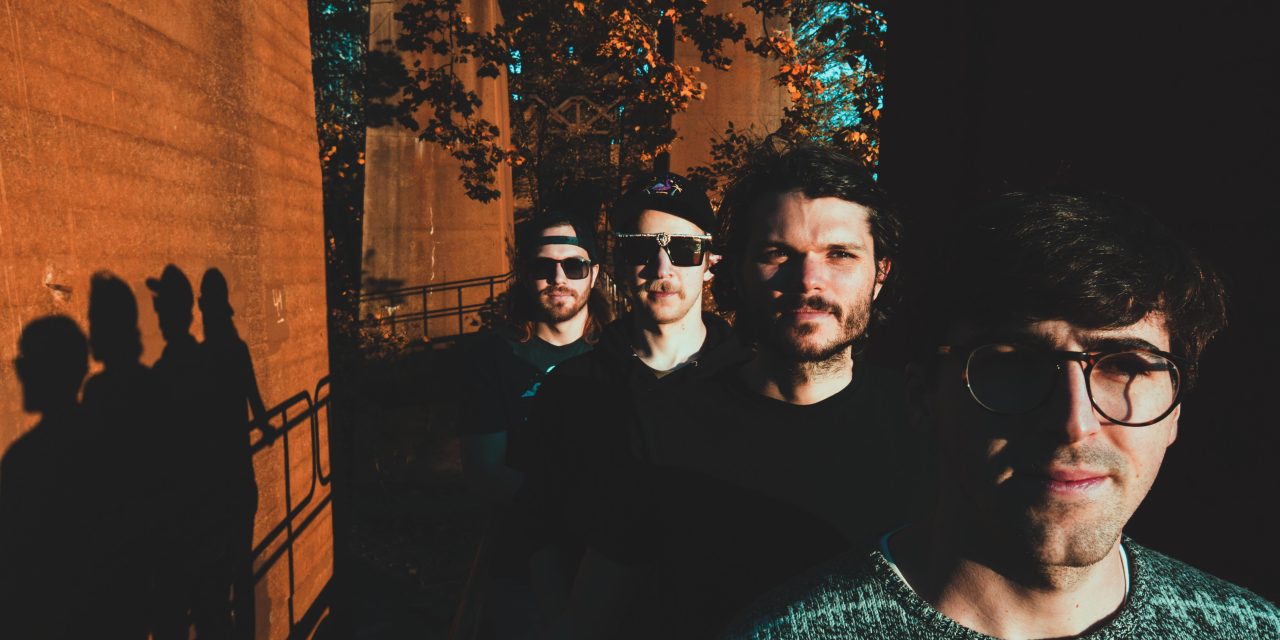 Goose has been a force on the jam band scene recently and was the overwhelming choice for best jam band of 2019-2020 when I personally polled my friends. In the new year I was eager to talk to them about their 2020 plans, but man these guys are already a moving target! I was able to catch them after getting back from Mexico and right before heading out on a huge tour – a tour so big they can hardly fit all of the dates on the admat!

So who is Goose? Goose is a band started in 2016 from Norwalk, CT, consisting of Peter Anspach on guitar/keys/vocals, Ben Atkind on drums, Rick Mitarotonda on guitar/vocals, and Trevor Weeks on bass.

Why are they the best jam band of 2020, you ask? The answer is probably as subjective as the question, but I would say it’s because of their tight musicianship, improvisational prowess, and ease of evolution within the scene. Their jams are rarely boring noodle-fests (no ramen soup here), but instead filled with dynamic guitar solos, time changes, and fun fills. Their cover choices are quirky while not being overplayed, and the number one reason they are taking over? They are just touring relentlessly freaking hard–co-billing tons of Pigeons Playing Ping Pong shows and already having their own sell-outs with no doubt of more in the projected future.

Besides hitting the road, the guys have been busy working on new material, performing new songs “Arrow” and “Honeybee” at Goosemas, debuting a new song “Bob O John” just this last week in NYC, and releasing a new music video for “Hot Tea” (view below).

We managed to get some Q&A with drummer Ben Atkind about what’s new in the Goose world as well as some follow ups from our 2017 interview.

Hey guys!  We interviewed you back in 2017, right before you played our festival The Mad Tea Party Jam.  It’s crazy how many people who are huge fans of yours now don’t even remember you playing there!  I think Taco was ahead of the curve in realizing your talent. In that 2017 interview I asked what you would say your genre was, and you said “funk folk” was closest to describing your music, but you were moving more towards improvisational.  What would you say your genre is now? Is it the same?
BA: Funk-folk is definitely a part of what we do but I don’t think it sums up the whole story – it’s definitely more improvisational and our songs range in style, while our open jams can go anywhere. It’s very hard to sum up.

How many songs do you think you’ve added to your repertoire since 2017?
BA: Dozens of songs, at least. Especially when you take into account the covers we’ve learned for the Netflox and Chill and Goosemas shows. Plus, we’ve been working on a bunch of original material.

What was the most recent cover song that you played and enjoyed?  What’s a cover song you’d love to never play again?
BA: I really love playing the song “Short People.” I can probably go a long time without playing Michelle Branch again. Until Peter’s car goes off the road and fans request it, I don’t think we’ll be playing it.

(For context: Goose last played “Everywhere” by Michelle Branch on 12/8/19 in Steamboat Springs, CO. Peter was headed to the venue after a day skiing and his car went off the road. A car full of Goose fans happened to be passing by and gave him a ride to the venue, just in time for the show. Peter offered to perform a song they requested and they ended up asking for “Everywhere” by Michelle Branch. The band had performed the song previously).

Listen to that show at Old Town Pub in Steamboat Springs:

So you answered this question in the 2017 interview, but I have to ask again for the new readers – how did you come up with the name “Goose”?
BA: Tacos. Hey Taco.

Full answer: At the time, I was working at a taco place in Colorado and it was one of the things that they said in the kitchen.  It was supposed to be said kind of in place of “Good to Go,” it was this action word that got used a lot in funny context.  I just thought it would be funny name for a band.  It was never meant to make it past bar gigs, really, but here we are.

When I asked my Facebook friends who the best jam band of 2019 was, Goose was the undeniable winner!  So I am crowning you guys best band of 2019, congratulations! What was your most defining moment this year? What do you think attributed to your meteoric rise?
BA: It would probably have to be the combination of Domefest and The Peach Festival back-to-back. That’s when all the craziness started. People in the scene spreading the word afterwards just added to it.

Really, without our fans doing so much to get the word out, I don’t think we would have grown as much as we did last year.

Tell me a little about touring! Who does the most driving? What’s your favorite food while you’re on the road?
BA: Trevor does almost all the driving – he’s a beast. My favorite food on the road is most definitely anything potato related, as is the same for all the time in my life.

Speaking of touring, you’re about to head out on a winter tour at the end of this month!  Where can we catch you next? What is a venue you’ve never played before that you’re excited about?
BA: Last weekend we kicked things off in NYC at two venues I’ve never played (Bowery Ballroom, Music Hall of Williamsburg), that was a really great start to tour. Also, I’m excited to get out to the West Coast since I’ve never played out there.

You’ll also be playing a few awesome festivals this summer – tell me about some of those and why you’re excited for them. (We’ll be seeing you at 4848 btw!)
BA: We just announced Lockn’ yesterday and that’s pretty huge. Getting to play right before Bruce Hornsby is pretty insane- we’re all excited about how that worked out. Also, we’re all really excited to play Red Rocks for the first time with Umphrey’s McGee. Lockn’ and Red Rocks are actually in the same weekend, which should be huge for us.

Are you guys working on any writing or recording currently? Who does most of the writing in the band?
BA: Yeah – we’re always working on it. We’ve been in the studio a bunch and Rick has been doing a lot of work daily trying to get these new tracks done. Peter and Rick write the most of the music – Honeybee is a new Peter song that is pretty awesome. We’re putting in a lot of work getting familiar with our new material and get it ready to take on the road.

Can you please leave us with one of your favorite inspiring quotes?
BA: “We’re changing with the leaves.” -Trevor Weeks (Bass, Goose). 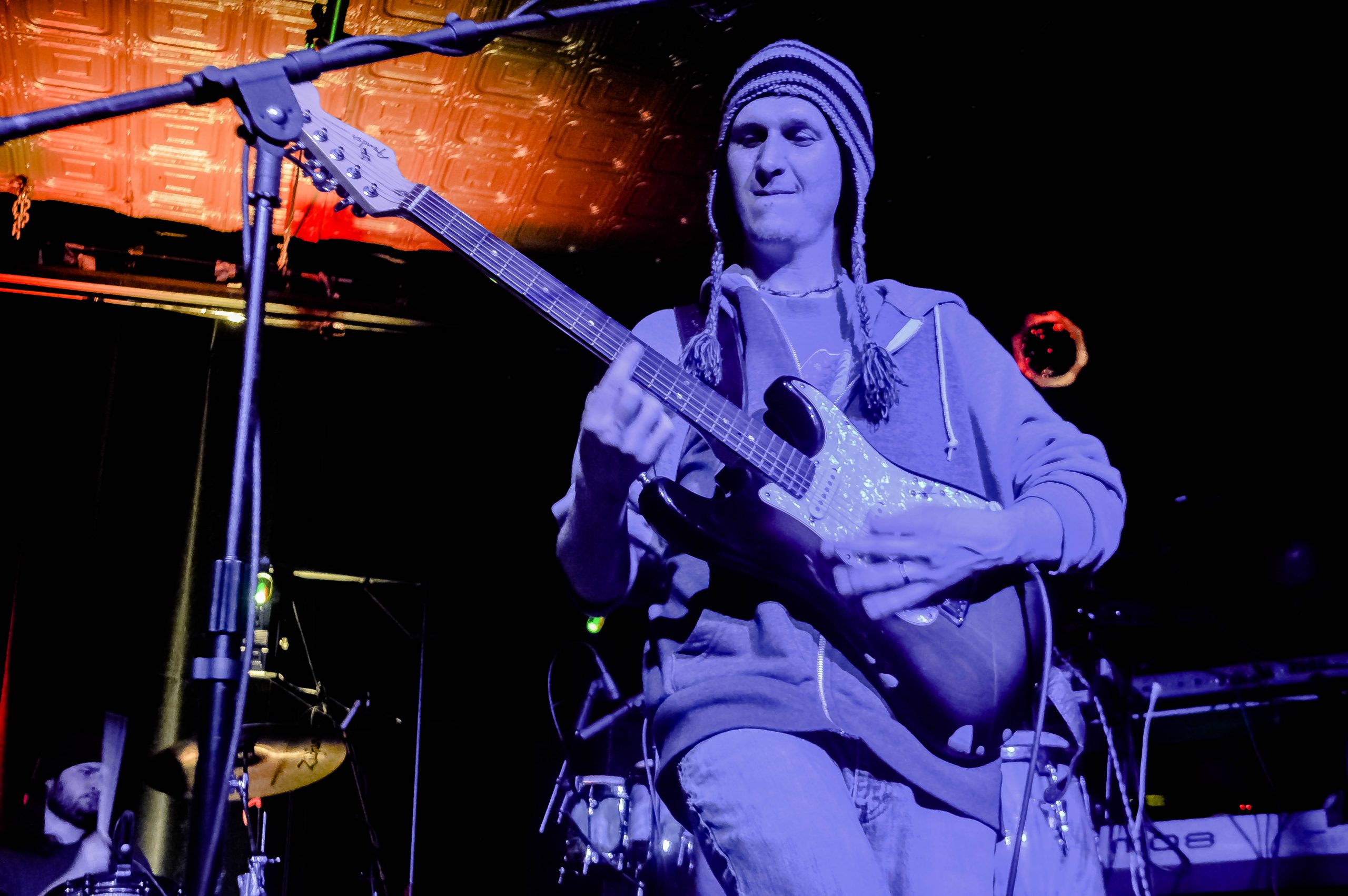 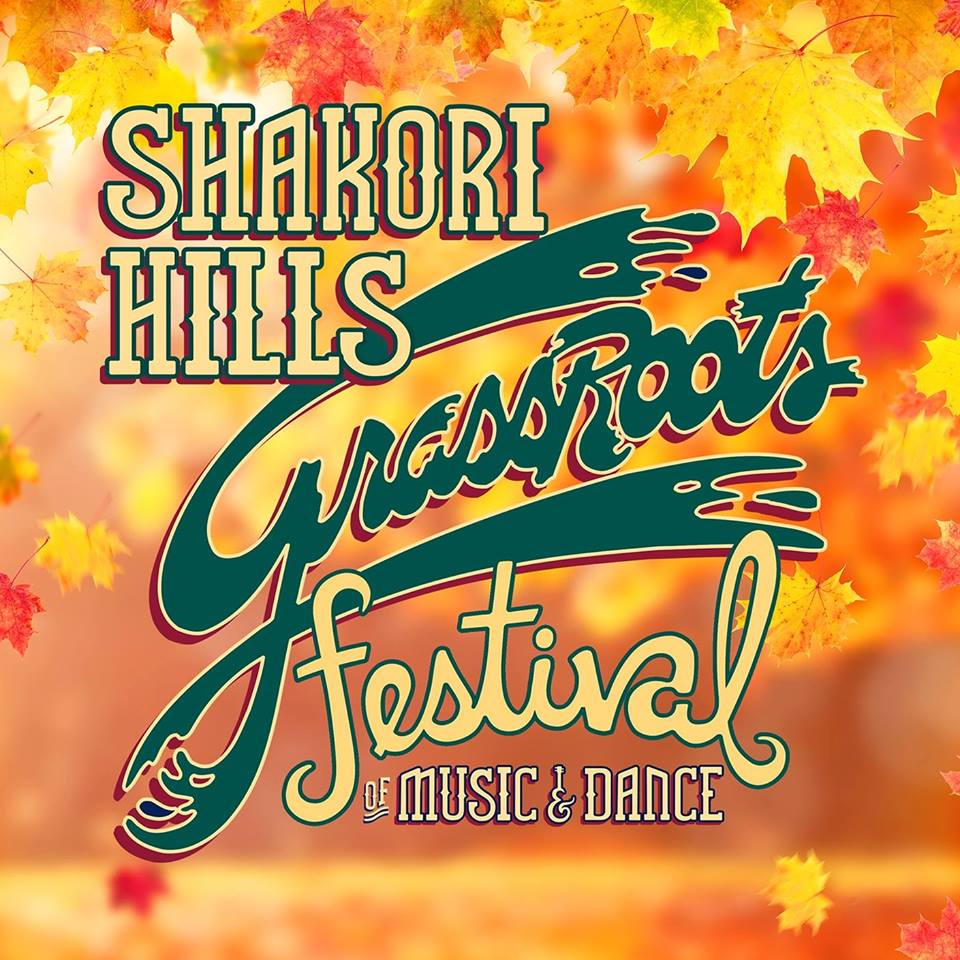 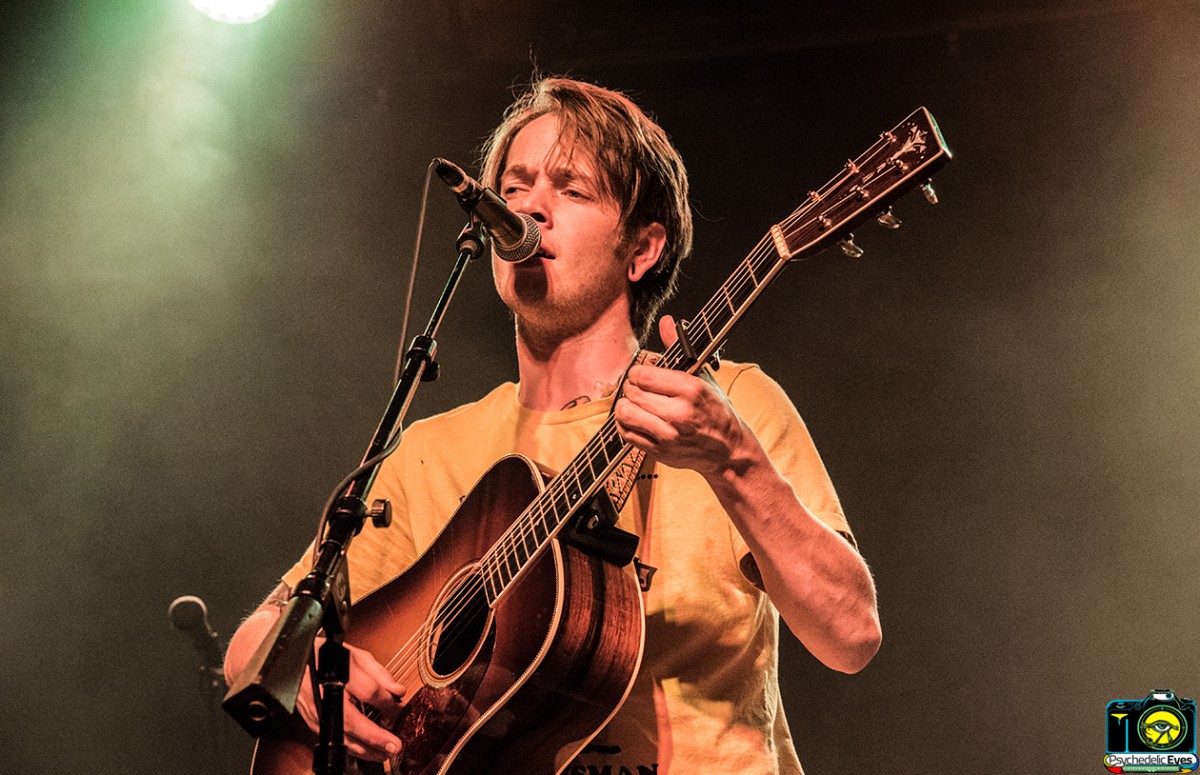