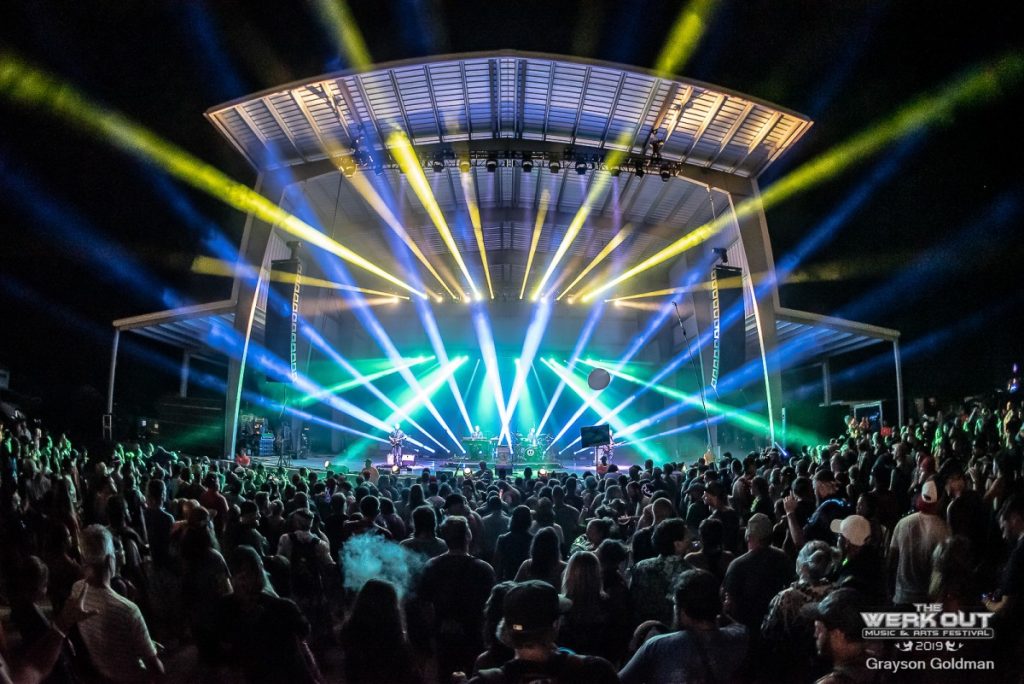 The Werk Out Festival (Aug 1-3, 2019) has wrapped up their 10th annual celebration in the historic Legend
Valley Concert Venue & Campground in Thornville, Ohio. Founded by the namesake
Ohio-based band, The Werks, the 10th year celebration hosted a number of additions and
surprises including Sean Lennon’s stamp of approval; one-of-a-kind tribute sets to Queen and
Pink Floyd’s ‘The Wall;’ marathon sit-ins from Big Gigantic’s Dominic Lalli; The Werk’s final set
of 2019; the underwater-themed playground ‘Atlantis’ in the bowl of the grounds; a surprise
late-night renegade stage; and more. Here are a few highlights:

Headliners The Claypool-Lennon Delirium brought a taste of psychedelic rock to Thursday’s
lineup and weren’t shy to pepper their commentary with observational quips and crowd
interaction as Les Claypool marveled at dancers and fire performance artists. Sean Lennon,
son of Beatles’ singer John Lennon and Yoko Ono, went above and beyond in a surprise tweet
singing the festival’s praises. 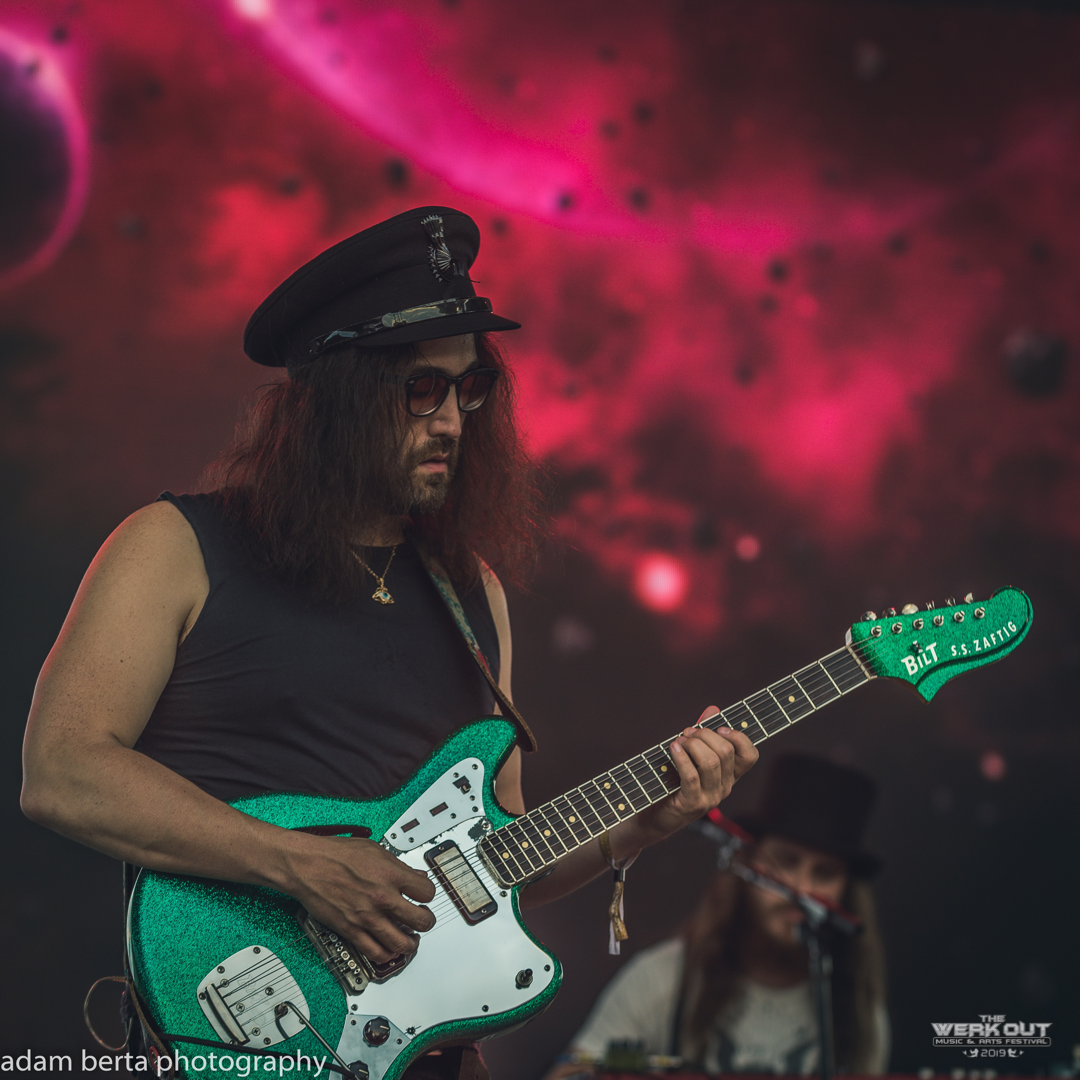 “I’ve never been to @thewerkoutfest before, but it took me 5 mins to realize people here clearly
give a damn: good food, nice and clean dressing rooms w 2 showers, shaded stage, and no one
grimaces when you show them your pass. I’m sold. 🤘,” he wrote on August 1st shortly after
arriving on site.

Unless you’re living under a rock, you’ve seen Big Gigantic at the top of bills on festivals far
and wide and the group itself is known for bringing people out of the woodwork from all over the
country to catch their sets. Friday night had Big Gigantic close out the main stage and their
performance wasn’t shy of surprises including sit-ins from Twiddle’s Mihali and The Motet’s
Lyle Divinsky. However, the headlining performance was closing out a marathon of sit-ins from
Dominic Lalli as he sat in with Manic Focus’ Live Band and STS9 on the festival’s main
stage.

The Werk Out is known for its intimate community and strong family vibes that permeate directly
to artists to explore sonic territories and collaborate amongst themselves. Dom’s endurance test
on Day 2 epitomizes this at its finest. 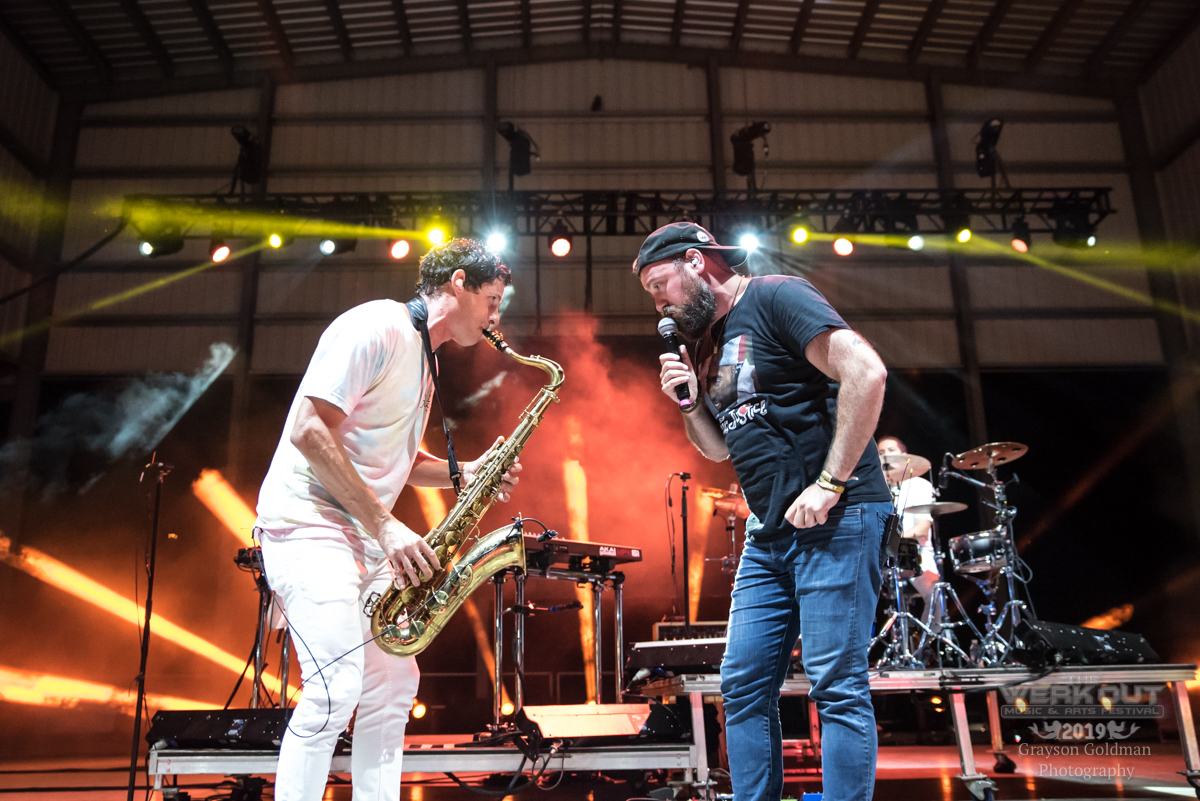 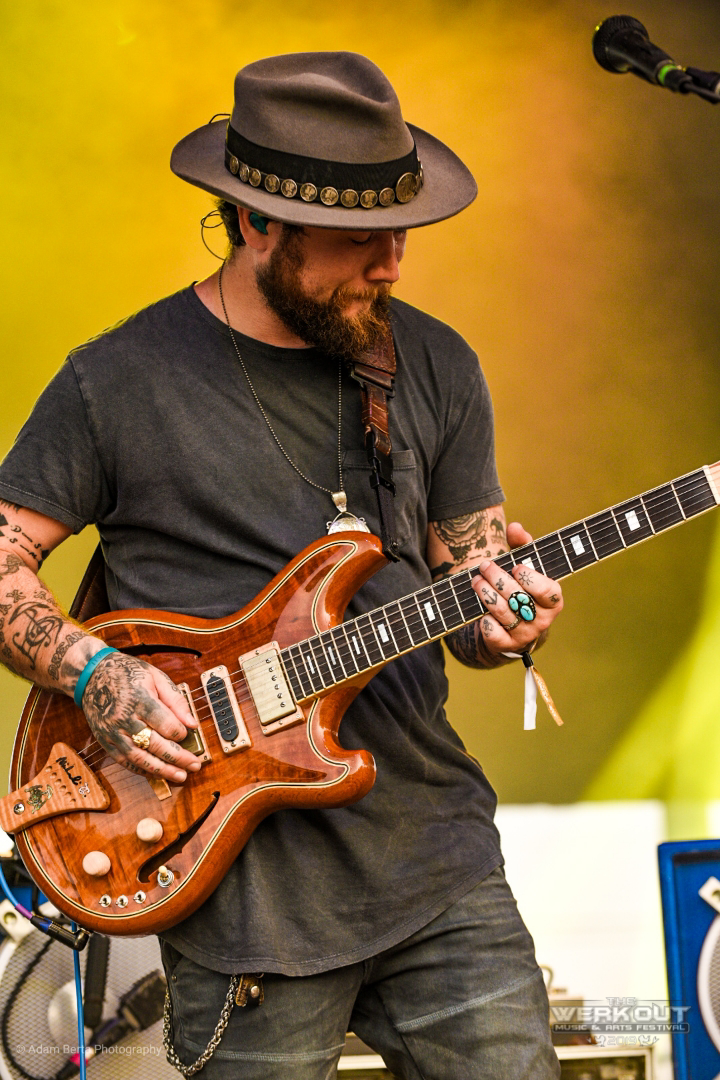 Saturday night’s set found The Werks leaving it all on stage with staff, family, and festival fans
alike flocking to the stage to catch the band take their final bow of 2019. The quartet fed off of
the energy they’ve poured into community they’ve cultivated with a high point including an
assertive cover of Rush’s “Working Man” that literally had people running to the stage the
second the iconic guitar riff strummed. The Werks were joined by Twiddle’s Mihali lending his
guitar chops to foster a full-throttle jam that positions itself nicely as a top moment in Werk Out
history. On July 11th, The Werks announced that after 14 years of non-stop touring, the band
would be taking the rest of the year off to recharge their batteries and spend quality time with
family and friends. 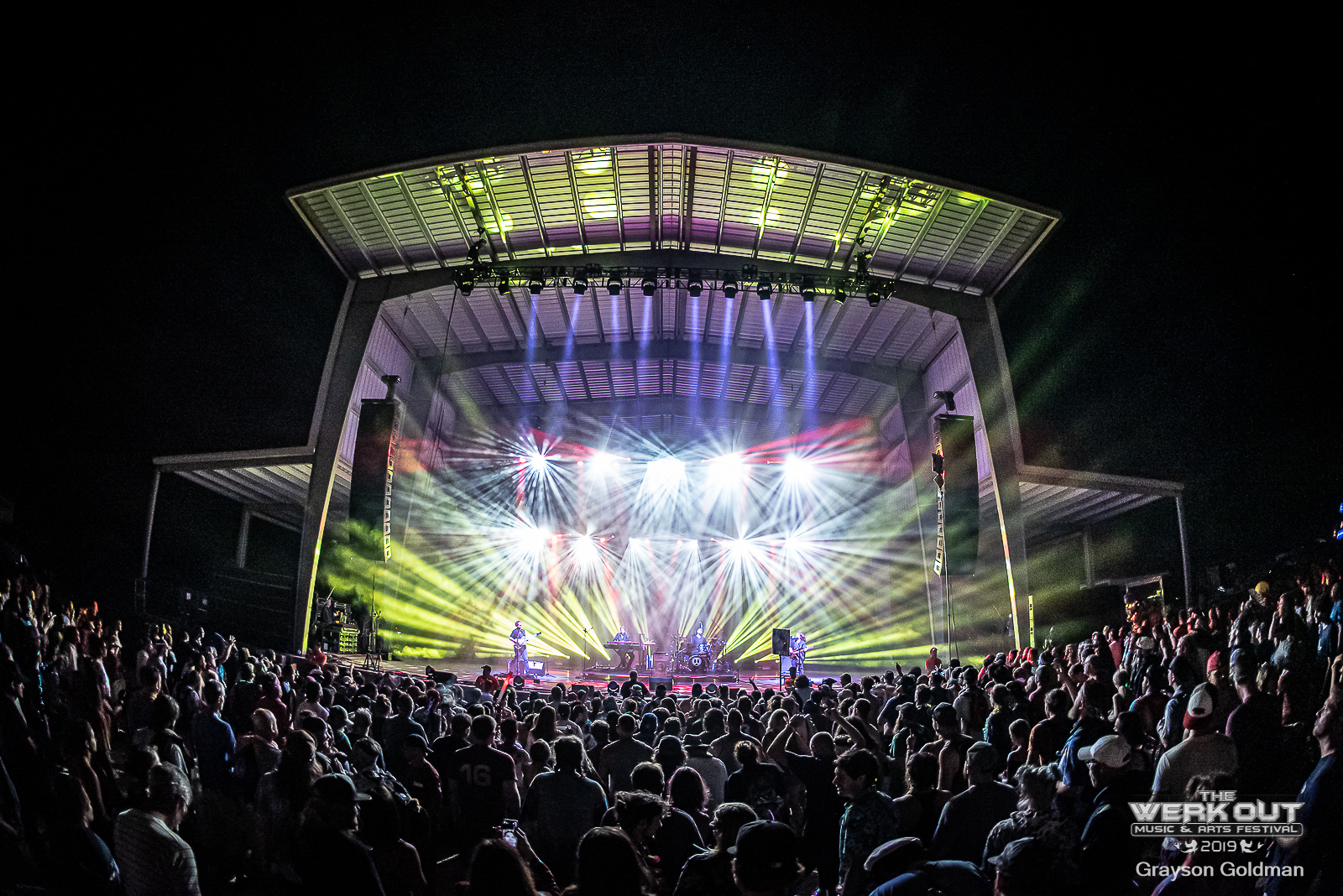 Tribute sets to Pink Floyd’s ‘The Wall’ & ‘We Are the Champions,’ A Tribute to Queen

After the fan-favorite tribute to Pink Floyd’s ‘Dark Side of the Moon’ in 2014, members of The
Werks, Papadosio, and Dopapod decided to pay tribute to Pink Floyd’s ‘The Wall’ this
go-around. Early entrance attendees were treated to a downpouring “rehearsal” set Wednesday
night and the group’s polished festival set on Thursday was a display of holding the classic
album in the capable hands of the new generation. The set featured Rob Chafin, Dan Shaw,
Chris Houser, and Jake Goldman of The Werks; Billy & Sam Brouse, Rob McConnell, and
Anthony Thogmartin of Papadosio; Eli Winderman, Rob Compa, Chuck Jones, and Neal “Fro”
Evans of Dopapod; and festival partner/former Werks bassist Dino Dimitrouleas on
bass/vocals.

Friday evening’s “We Are the Champions” tribute to Queen set had all of the festival partners
and staff gleefully taking a well-deserved respite to enjoy one of the most anticipated sets of the
festival. Josh Schwartz of Turkuaz was adorned as Freddie Mercury from head to toe with
slicked-back hair, a signature Chevron mustache, a tight ringer t-shirt, and even sported
Mercury’s famous “stick microphone.” Joined by bandmates Sammi Garett, Shira Elias, and
Michaelangelo Carubba as well as Rob McConnell (Papadosio), Dan Shaw (The Werks), Rob
Compa (Dopapod) and Ryan Jalbert (The Motet), the supergroup whipped the crowd into a
sing-a-long frenzy performing quintessential hits including “Radio Ga Ga,” “Somebody to Love,”
“We Will Rock You,” and of course, “Bohemian Rhapsody” and “We Are the Champions” to top it
off. 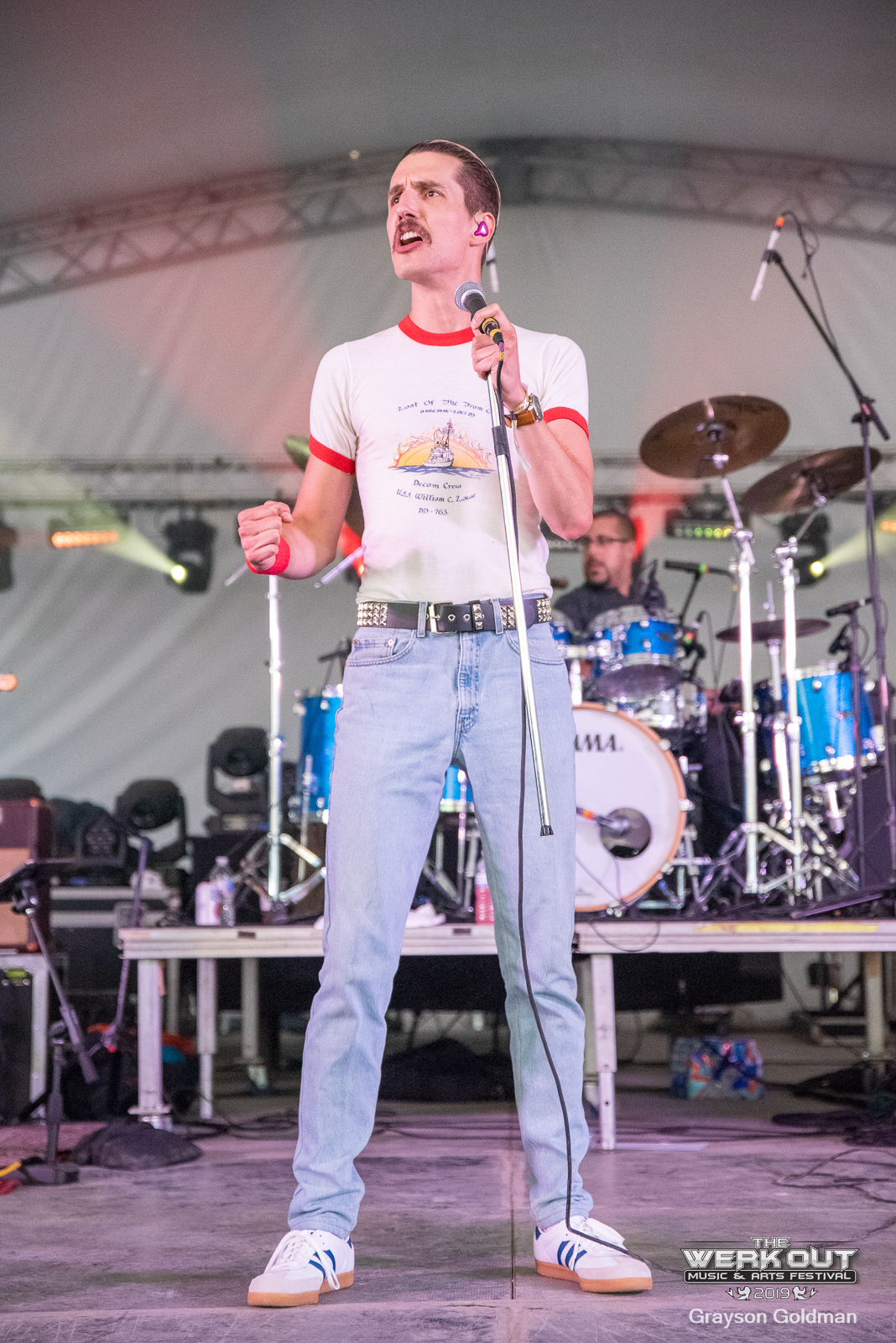 The Unveiling of Atlantis

New to The Werk Out and illuminating the bowl of the festival grounds was Atlantis, an
underwater-themed playground chock full of installations, performing artists, and interactive
activities. The festival’s beloved Jellydome by IlluminEra Studios allowed patrons space to chill
and swing on the dome’s blissful jellyfish-themed oasis. Slender Lighting’s triangular light
installations paved the way to the Atlantis renegade stage and were a landmark at the festival.
Ohio’s own Ohio Mermaid collective brought life to the festival as they gleefully swam in a pool
(yes, a pool in the middle of the festival) and were one of the focal points of the weekend. The
performance collectives, Lunar Elements and Proprio!, added light to the already illuminated
experience with several character performances and flow arts all throughout Atlantis and the
entire grounds. Serving as the unoffical backdrop for the festival was the ‘A Trip To Atlantis’
illuminated mural by Connor Degnan (Con Tron Art), Chris Rodriguez (Chilly Rodriguez) and
Seth Hopper (Hopper Live Digital) 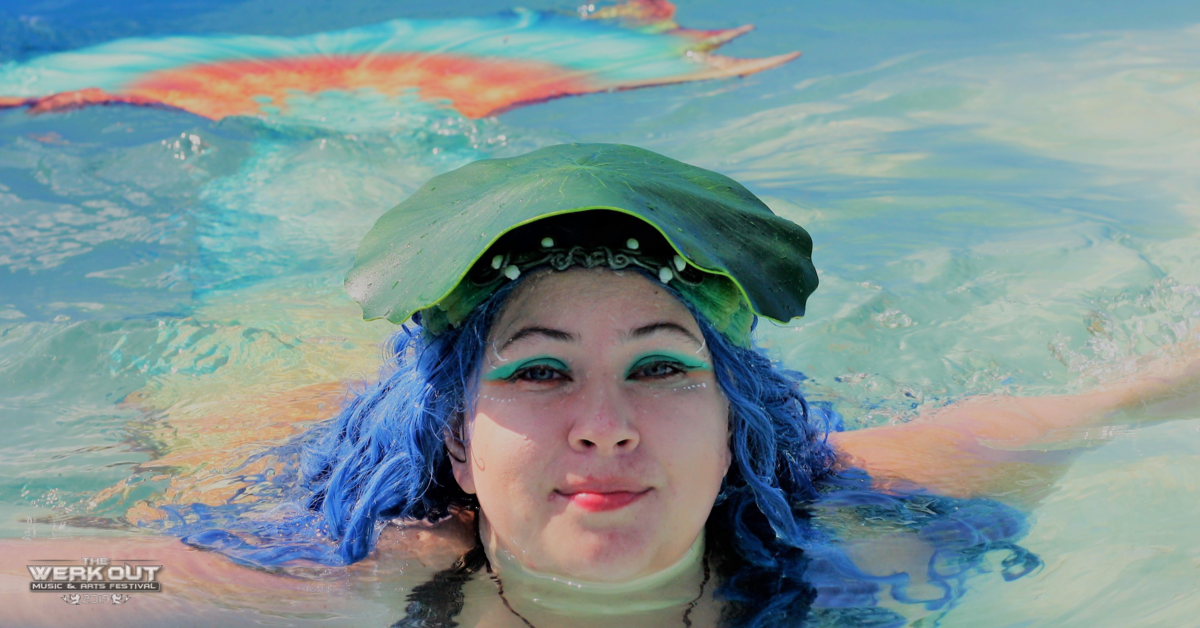 It’s no secret that you can survey festival attendees everywhere and when asking about
highlights, you almost always hear of surprise renegade sets with secret, unannounced
programming popping up after hours. Set in the heart of Atlantis, Northern Michigan-based
progressive rock band Biomassive literally set the stage lending their equipment and time into
pulling off what’s sure to be the talk of the town leading up to next year’s festivities.
Thursday night Kevin Donohue and Josh Fairman of SunSquabi played an intimate silent
disco duo-set (their first ever) that allowed them to play off of their immaculate musical
chemistry and road test larvae of budding new songs that may later metamorphosize into future
tracks to be played out live with the full band. On Friday, attendees came out to a packed stage
10-people deep for a Biomassive vs. Chachuba silent disco set. Headphones flickered from
blue to red and back and forth as the late-night crowd got to toggle between both groups. The
highlight of the set was Biomassive’s “live band” rendition of Darude’s 2000 hit (that you hate to
love and love to hate), “Sandstorm.”

Saturday night pulled out all the stops as the green light was given to do full sound and pack the
headphones away. Portland-based circus funk act MarchFourth led the crowd in a parade from
the end of The Floozies closing set straight to the renegade stage in Atlantis for an energetic
performance of brass band renditions of iconic hits like Blackstreet & Dr. Dre’s “No Diggity”
sprinkled in with the band’s high-octane original repertoire. Following MarchFourth was the
debut of a DJ/drum duo “Drum Gorilla” featuring Mark Hill of The Floozies on drums and the
band’s videographer Daniel Opperman on decks. The energy was soaring in the crowd as the
duo was also joined by The Werk’s on Rob Chafin on drums and Matt Hill from The Floozies
made an appearance to round out the group. Drunken Doja Monkey, the “hard-hitting, dance
floor conjuring” duo of Lespecial’s Luke Bemand and Rory Dolan, followed keeping the vibes
high and booty-shaking alive and well. Olympic snowboarder Kyle Mack and friends closed out
the as they debuted an eclectic DJ set under the moniker Donny Boy and carried the night into
sunrise.The musical performances were accompanied by performing artist
Allie Pyrocat stunning the audience with a dazzling aerialist performance beside the stage. 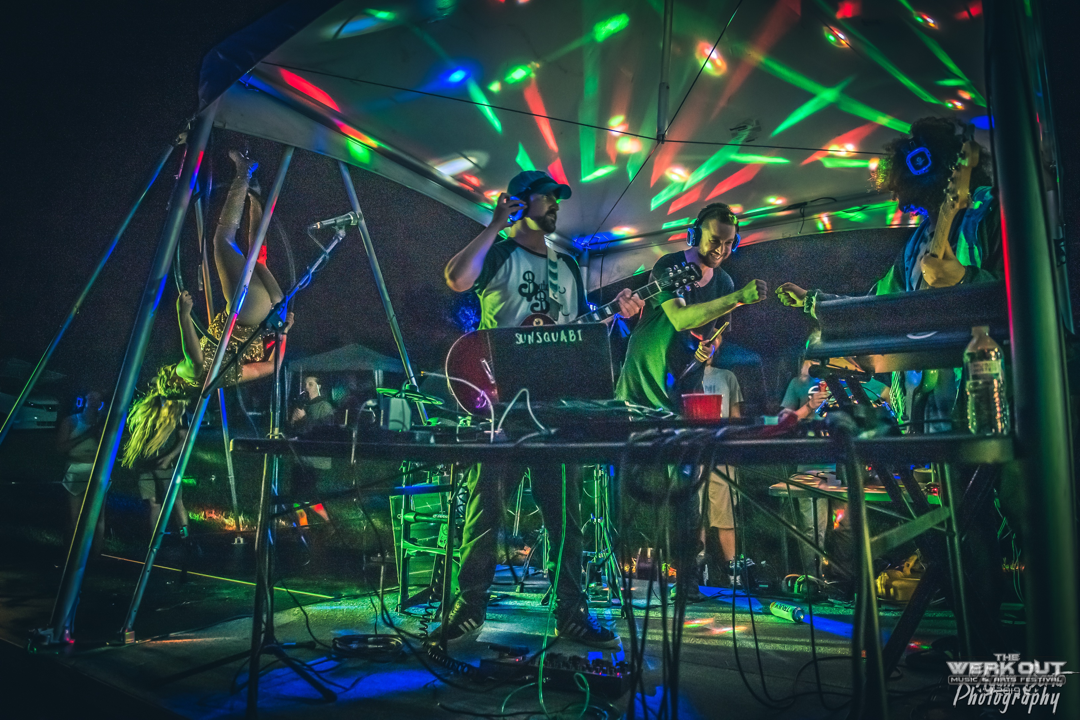 The Werks have already dropped hints of Werk Out 11 taking places and with surprises
adorning the 10th anniversary, who knows what will happen during the 11th installment. For
updates and announcements, visit thewerkoutfestival.com. 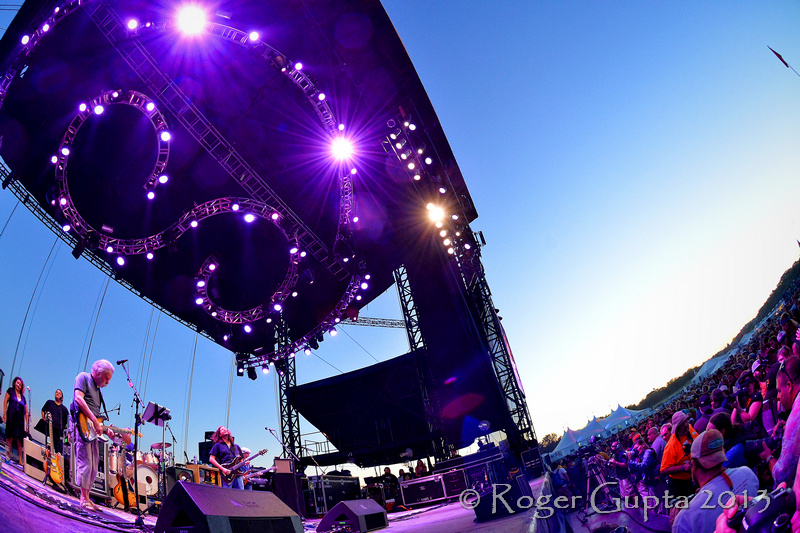