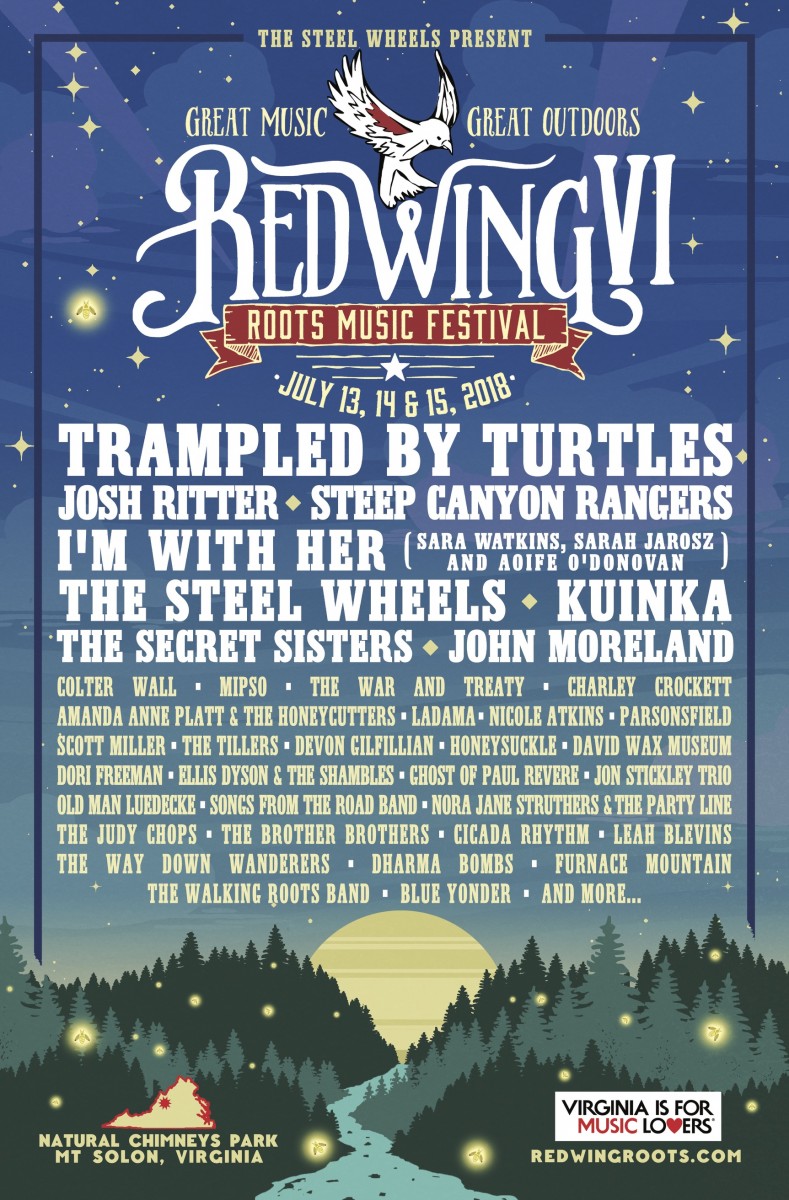 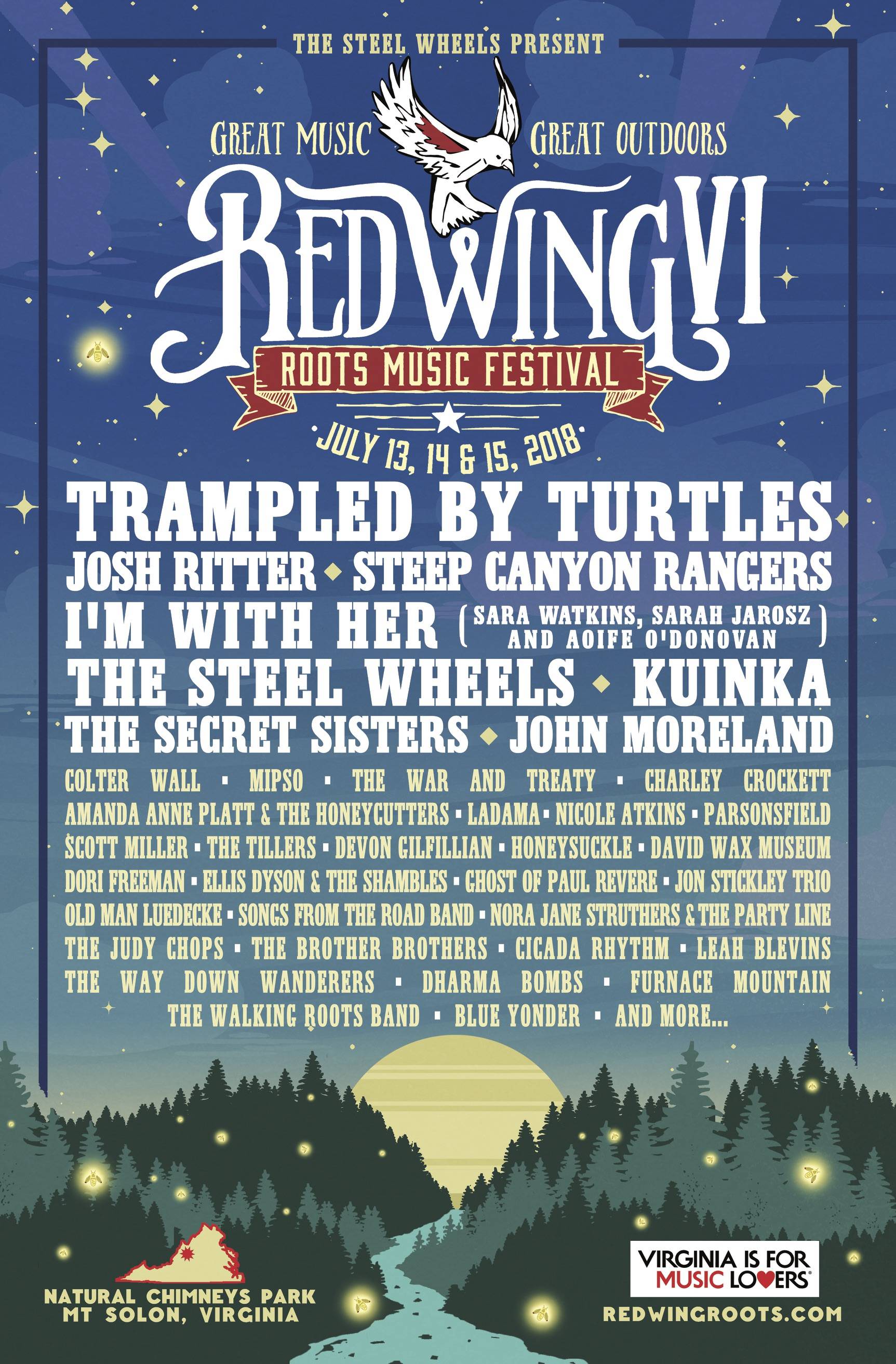 Harrisonburg, Va. – After five successful years hosting the Red Wing Roots Music Festival in the beautiful Shenandoah Valley, local favorites The Steel Wheels are excited to announce the full line up for the sixth annual Red Wing festival, to be held July 13-15! The festival takes place at Natural Chimneys Park in Mount Solon, Va., where the limestone rock formations towering more than 120’ above the music meadow create a perfect backdrop for the two main stages.

Dozens of artists, including Trampled By Turtles, Josh Ritter, Steep Canyon Rangers, I’m With Her (Sara Watkins, Sarah Jarosz, and Aoife O’Donovan), Kuinka, The Secret Sisters, John Moreland and many more bands will join The Steel Wheels in performing at this year’s festival.

“Last year we crossed over the threshold of five years together. I know there are those who have said the honeymoon could not last, that sooner or later we’ll just be another grumpy old festival losing the luster or shine of yesteryear. But it’s not that way with us, Red Wing. Every year you surprise me with something new, something that keeps it fresh,” says The Steel Wheels’ Trent Wagler.

“Whether it’s the lineup, or some feature in the Music Meadow that brings a little more imagination or light to our festival, I pass each year saying, ‘This one was the best!’” Wagler continues. 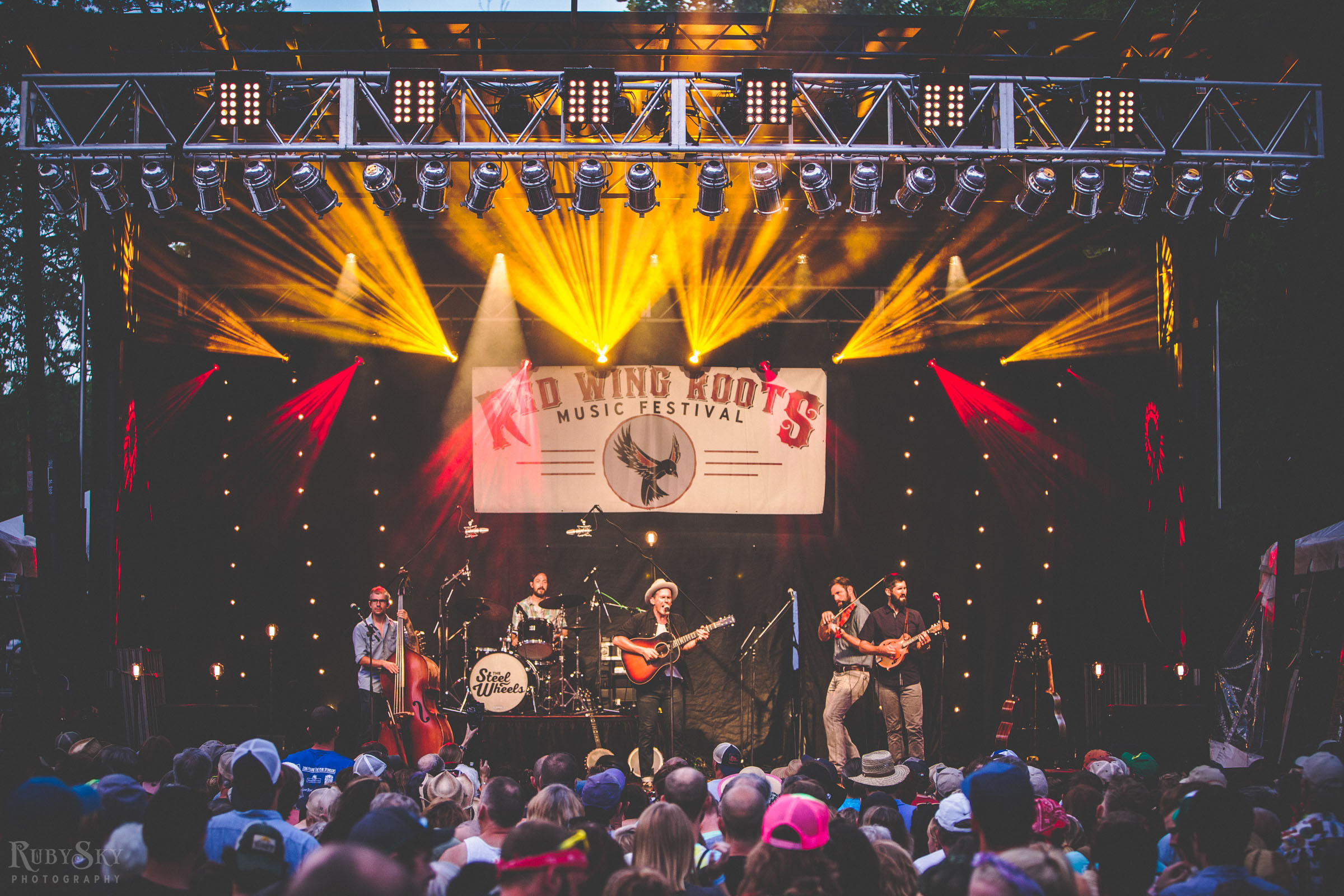 Red Wing Roots Music Festival strives to be a great neighbor to the community, raising thousands of dollars each year for local charities through on-site raffles and auctions. Red Wing also emphasizes sustainability, working hard to reduce waste and maximize recycling. Examples of this commitment include the fresh drinking water dispensing stations throughout the park, and the use of reusable Klean Kanteen steel pints rather than disposable cups in the beer gardens.

Since its debut in 2013, Red Wing has grown steadily, attracting sellout crowds on both Friday and Saturday last year. Festival organizers are committed to improving the festival experience without compromising the small, family-friendly feel that makes Red Wing special––expect sellout crowds once again this year! 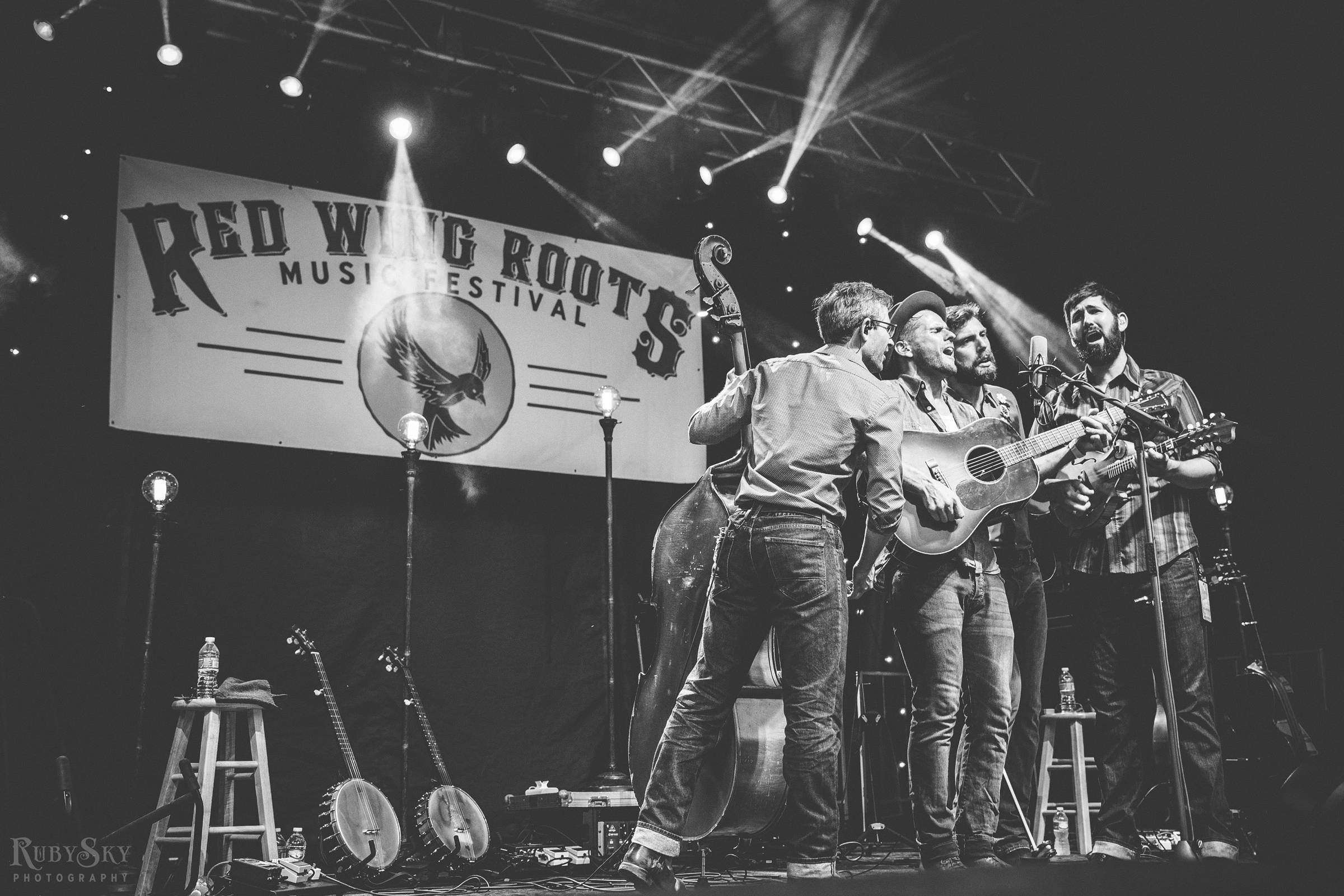 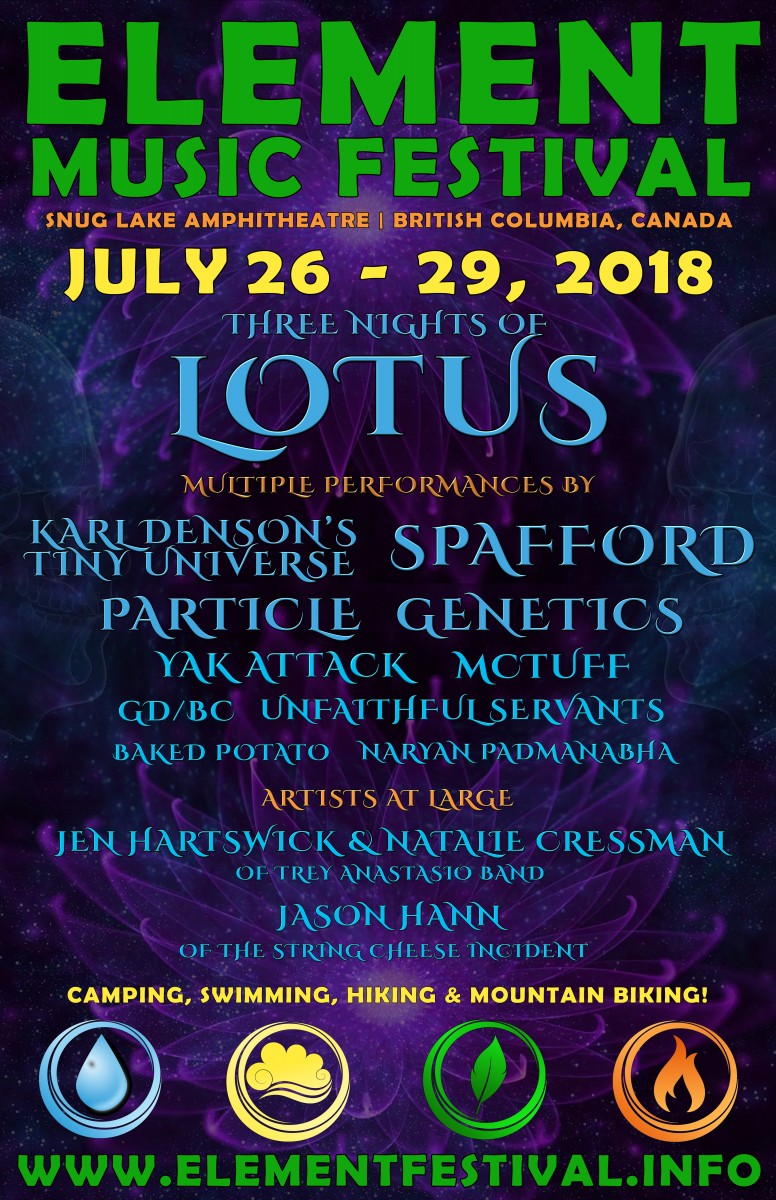 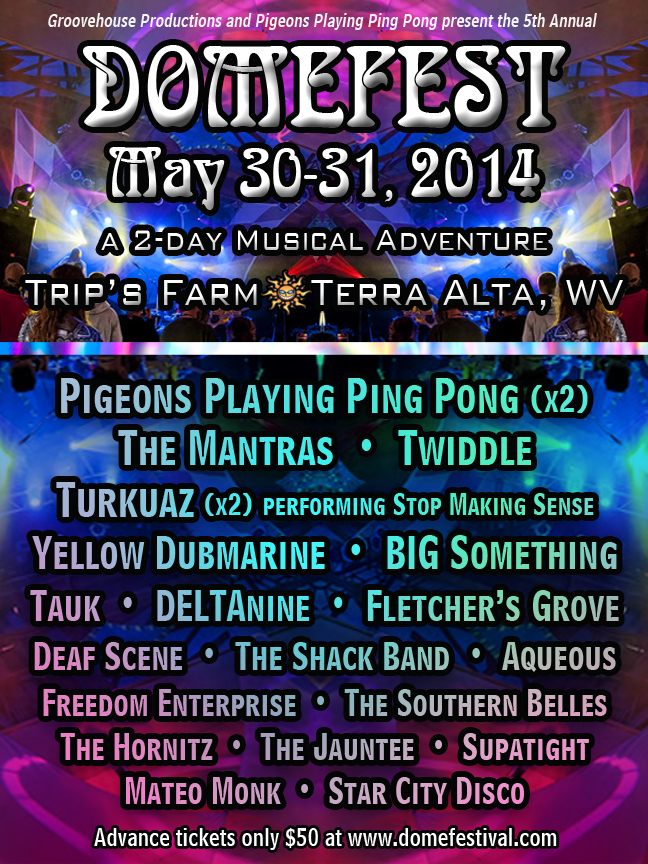