In Memory of John Suntiger 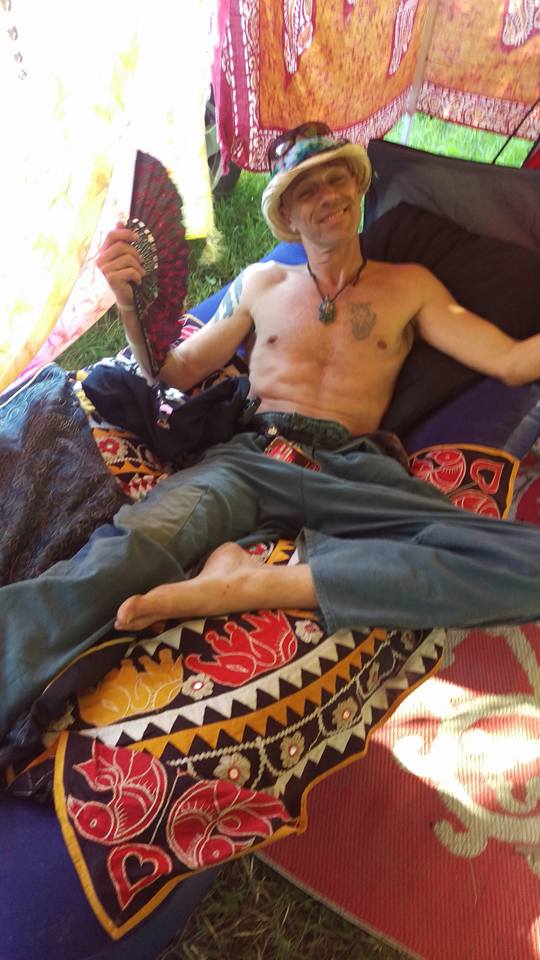 In Memory of John Suntiger

Every once in a while in this thing that we all call life, we come across a person that we feel an instant connection to…
Someone who you feel as though you have known forever…call it a kindred spirit, a synchronized partner in crime…call it what you will but
the day that I had my first conversation with John Suntiger, I immediately tuned right in with him… It was love at first laugh.
So many fun times spent with John throughout the years are gems in my mind that I will forever hang onto and cherish.
The places that he’s taken me to…The things that he showed me in those places…
Sometimes words just fall short but I’m gonna do my best to come up with a tribute that would make John smile.
My friend, my brother, my teacher.
A cut above the rest…


John left this mortal coil in much the same fashion that he lived his life, on his own terms.
Life? Little more than a spiritual schoolhouse maybe, a place to learn,
a place to study, a place to grow and yet…. so very much more.
John shined his light on our community literally and figuratively for some of the greatest years…finest times of our lives….
always making each second richer, fuller, and just plain AWESOME simply with his presence…
kicked backed, hat pulled down, smiling.
Even now, in his physical absence, his light still
shines brilliantly through the sadness and loss in each of us who had the privilege of knowing him. We are all forever changed by the solid,
unwavering, spirit that he embodied….

He was a beacon of love within our loving community, a brother in mind within a family of like minded brothers and sisters, the walking, talking, laughing,
dancing, shining personification of love itself….It is who he was…
and it is who he is now… free of this physical realm. Timeless… Infinite…Back up into it all… His energy sailing through the cosmos.
John was a well of knowledge, an ocean of insight, and a master of good conversation… a dull word I never heard pass through his lips.
When he spoke it burned a hole straight through all the bullshit, through all ego and fear and got right down
to the heart of things. Injustice trembled in the presence of his logic
and all things genuine and pure were immediately finer in his company.
John had a way of recognizing the pain and uncertainty in others, and whether knowingly or not, comforted them with exactly what needed to be heard
at precisely the right moment and presented it in the perfect context that each situation demanded.
This wasn’t just because John understood the trials and joys of others… He literally felt and shared them.
As I sit here thinking of John a flood of memories come rolling in…I see him on stage… Its a bright, sunny Thursday morning in West Virginia…
The festival is kicking off…
That familiar frenzy of red, yellow, blue, and green tents and canopy’s popping up….cars pulling in, John hops off of the the ladder and rushes back stage in a flash.
He’s back in 3 seconds with a cigarette in his mouth and back up the ladder he goes again….
He’s hanging a huge white owl above the center of the stage to light up with his visions once the sun goes down.
It looks amazing…. and its not even dark yet…. no lights…not yet…
Just that owl…wings stretched… eyes wide…That owl that he designed, cut, put together and brought right here for all of us to see…

To call John an old soul is like accusing the sky of being big. You could just tell this wasn’t his first time around this joint.
I only recently learned that John was 50 years old…50 years.
A half century of these ups and downs, lessons learned, battles fought, sparks struck, and fires lit.
And the fires he lit were many…
They dot the festival grounds of our memories and light up the foggy twilight of this new dawn that we must face without him.


Its up to each of us now to carry on for him…to be the bearers of his torch…the keepers of his flame,
the heirs to that magnificent love and light that he shared with us all
so graciously.
John loved words. Some of the last words he sent my way are even more powerful now in his absence.
“I’m gonna continue to believe in the impracticality that love exists in everyone’s locality.
Seek that out and and embolden it …I’m with you in spirit…..”
And he most certainly is and always will be. So long brother! We love you! 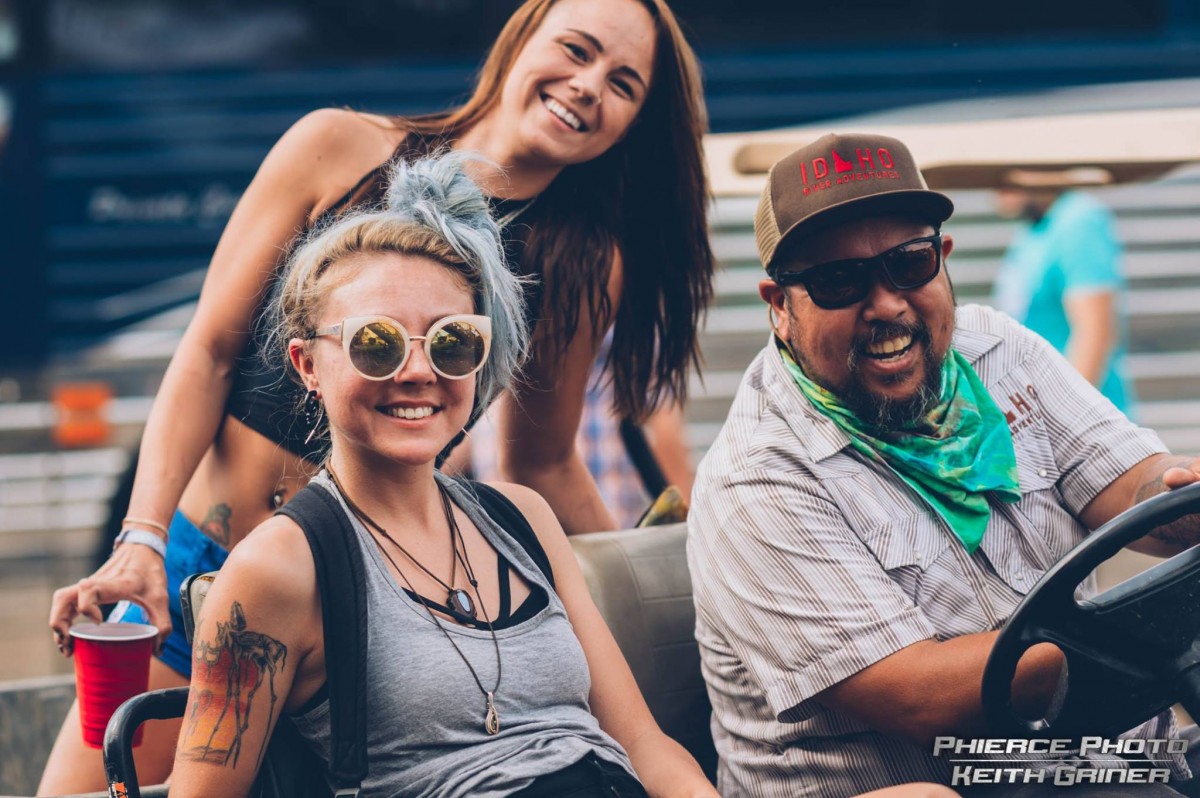 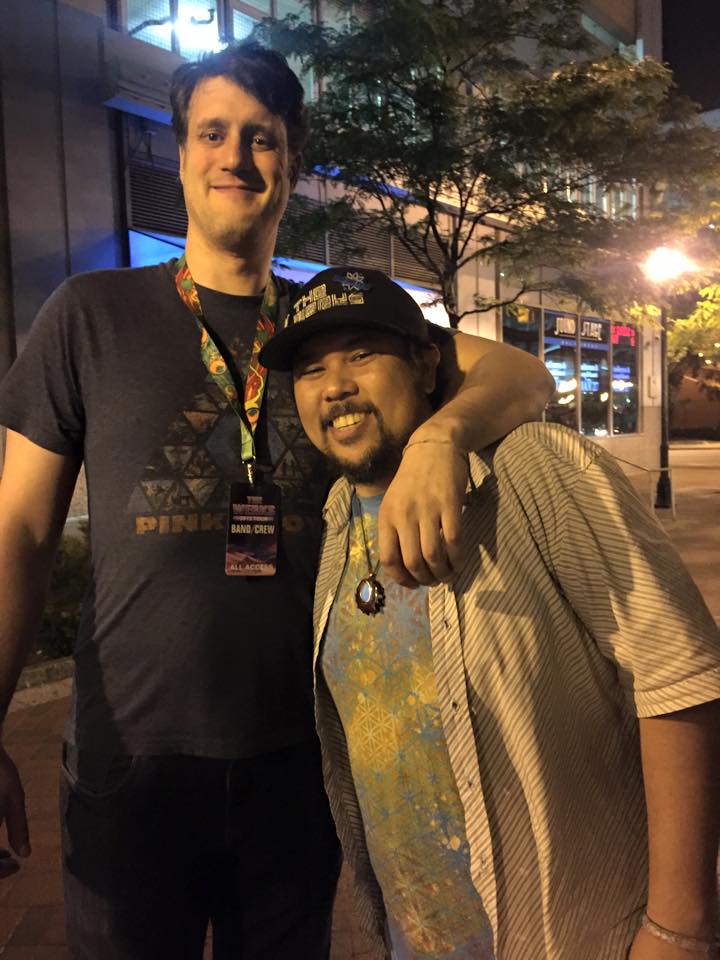 Taco ‘Bout It: Peaks and Valleys