Live From the Lot Music Festival in Ardmore, PA May 21-22 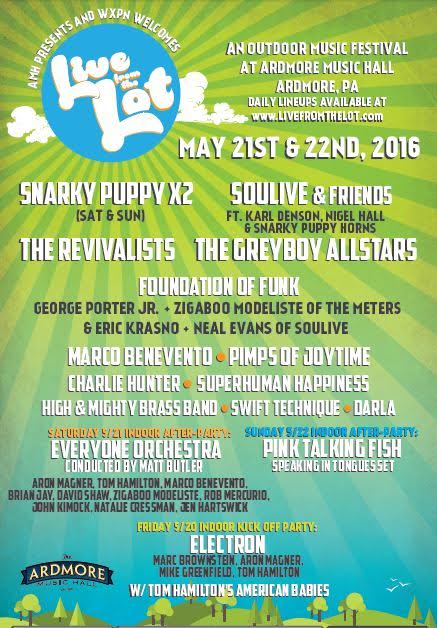 This year, Live From The Lot spans an entire weekend, starting the night of Friday, May 20 and continuing until Sunday evening. The event will have two stages with endless music playing interlocking sets that include two performances by two-time Grammy winning jazz-fusion superstars Snarky Puppy; the New Orleans soul-rock of The Revivalists, and soul-jazz organ trio Soulive with special guests Karl Denson, Snarky Puppy horns, and Nigel Hall of Lettuce.

The festival will also showcase local bands, such as Darla, an 8-piece brass funk band comprised of Drexel University students; Swift Technique, a 9-piece soul funk circus who are mainstays of the Philly funk scene; and the winner of our Spot on the Lot competition. Over 50 local bands entered to win the opening set, and on May 5th, the five finalists will perform at AMH to determine the winner.

In addition to the day’s festivities, guests can choose to add on additional events inside Ardmore Music Hall to their ticket purchase, including:

The event features multiple local food vendors to provide good eats for the day and a variety of craft brews on tap at two outdoor bars. A portion of proceeds from the festival will go to our partners, the Ardmore Initiative, a nonprofit supporting the local business district and local community efforts in our beautiful and historic Ardmore neighborhood.

LFTL is an all ages, family friendly event, excluding the kickoff and after parties which are 21+ only. Combo and single-day ticket options are available, as well as GA and VIP options. Tickets for the kickoff, after-parties, and Dead Brunch are not included in the LFTL day ticket. Visit livefromthelot.com to purchase tickets and for more information. 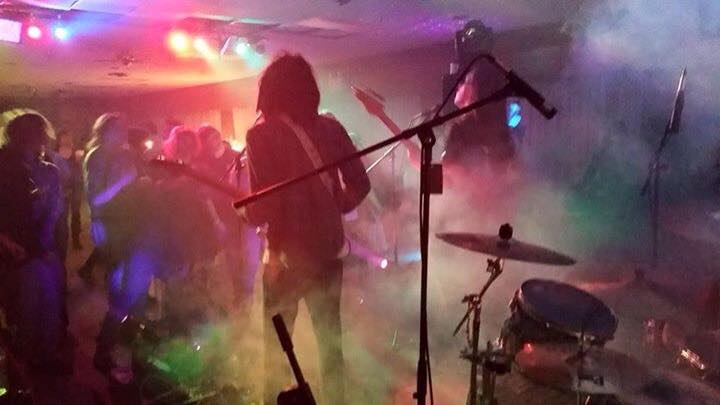