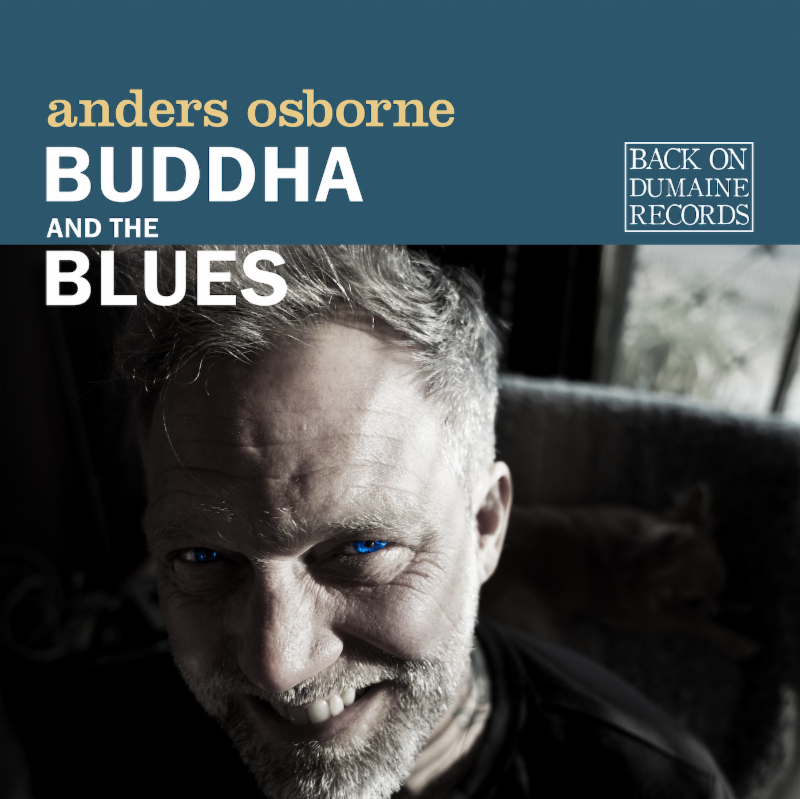 New Orleans, LA – Few musicians know what it’s like to leave New Orleans for California, record an album with a few absolutely legendary musicians, and return home in time to release said album and play the main stage at one of the world’s most beloved music festivals—but by the time the second weekend of New Orlean’s Jazz and Heritage Festival rolls around, Anders Osborne will. On April 26th, Osborne’s Buddha and the Blues will be released worldwide on Back On Dumaine Records. With the title in hand from the start, Osborne had a clear vision of how his new record should resonate, noting that, “Buddha and the Blues means the duality of our existence. The lyrics are supposed to be true, conversational, and uplifting with clean, classic, and thumpin’ sounds. That’s what I set out to accomplish.” Buddha and the Blues is available for pre-order here, and every fan who pre-orders will be entered for a chance to win a vinyl test-pressing copy of the record.

With the help of Buddha and the Blues producer, Chad Cromwell, an all-star cast of west coast session musicians was assembled at Brethren Studio in Ojai, California, for a soulful SoCal meets the Big Easy tracking session. In the company of Waddy Wachtel (Stevie Nicks, Keith Richards, Linda Rondstadt, Warren Zevon) on guitar, Bob Glaub (Jackson Browne, John Lennon, Don Henley) on bass, Benmont Tench (Tom Petty and the Heartbreakers, Bob Dylan, Johnny Cash) on keyboards, Windy Wagner (Ringo Starr, Rod Stewart) on background vocals, and Cromwell (Neil Young, Mark Knopfler, Joe Walsh) on drums, Osborne set out to complete his initial vision; clean, classic, and most certainly thumpin’. The mellow, pacific vibes never overshadow Osborne’s greasy and groovy New Orleanian nature; it could even be argued that their symbiotic relationship could or should have been explored more thoroughly before now.

Buddha and the Blues opens with Osborne setting the tone off-mic in the studio. “Intimate and cool,” he says to the band, seemingly in jest, but a true mantra for what transpires next. The CD tracklisting differs from the digital release of Buddha and the Blues in that it is sandwiched by two very different versions of the same song—“Alone” and “Alone (Unplugged). “‘Alone’ was a meditative prose I wrote in my backyard,” he says. “It had a circular vibe to it, when I added the music, I wanted it to match the poem: a small word with an epic impression,” says Osborne. Between “Alone” and its unplugged counterpart, the album flows through a familiar-to-fans collection of quintessentially Anders Osborne songs. “Running” rides a mid-tempo, backbeat-heavy groove while Osborne sings about wading through life’s bullshit in his signature gravelly voice; a jubilant ode to one of life’s unfortunate realities. Of all the songs, the album’s penultimate tune, “Traveling with Friends”, feels the most like Southern California, musically-speaking—channeling a style these very studio musicians made popular with Jackson Browne, Tom Petty, and the like. Lyrically, it’s more personal to Osborne. “I wrote ‘Traveling with Friends’ on St. Thomas in the Virgin Islands while on vacation with my family. We had an amazing spot on top of a mountain overlooking a big part of the island, and I felt inspired and really grateful. I had a moment of relief from all of my searching and dissonance. I saw us all for what we are—beautiful, fragile, and in this tumultuous space trip all together.” On a grander scale, “Traveling with Friends” wraps up all of Buddha and the Blues’s conversations, ideas, and lessons, reminding us that we’re all here, doing this thing together.

To celebrate the release of Buddha and the Blues, Anders Osborne will take the stage at New Orleans’ famous Tipitina’s on April 25th, exploring this host of new songs in a live setting, right at home in Louisiana. Tickets available here.

Catch Anders Osborne on tour and at Jazz Fest:

Dubbed “the poet laureate of Louisiana’s fertile roots music scene” by Guitar Player, the artist’s myriad accolades include Offbeat naming him “Crescent City’s Best Guitarist” three years in a row and “Crescent City’s Best Songwriter” two years in a row as well as praise from USA Today, Relix, and more. His extensive touring history encompasses gigs, collaborations, and performances alongside everyone from Derek Trucks, Warren Haynes, and Stanton Moore to The Grateful Dead’s Phil Lesh and Jackie Greene. As a sought-after studio talent, his writing resounds through Keb Mo’s GRAMMY® Award-winning Slow Down, Tim McGraw’s number one “Watch The Wind Blow By,” and covers by Brad Paisley, Jonny Lang, Edwin McCain, Aaron Neville, and more. Not to mention, he lights up the screen on an episode of the HBO hit Treme. Meanwhile, he gives back whenever possible via the “Send Me A Friend” foundation and through writing music for New Orleans Children’s Museum. A pair of 2016 albums—Spacedust & Ocean Views and Flowerbox—maintained his prolific output at a record pace. 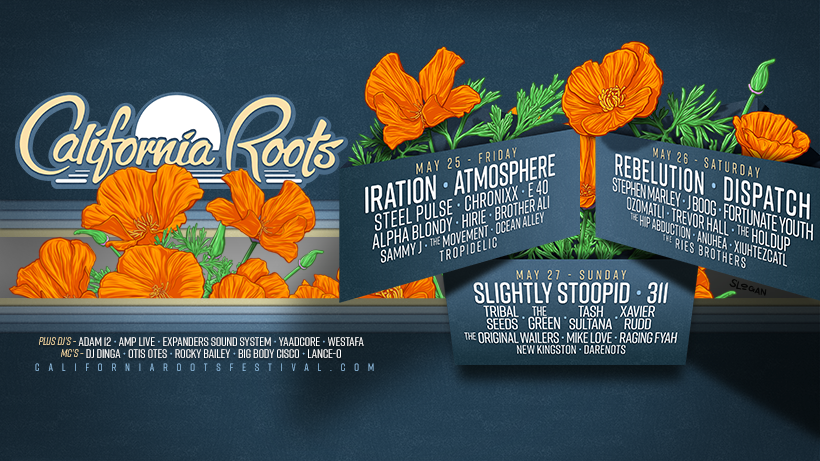