Sometimes a band enters your radar and it feels like fate.  We were introduced to the music of Goose by our friend of ours, and were impressed with their musicianship and songwriting.  While we enjoy instrumental and improvisational music, there is something about song-driven music that leaves an imprint on you.  Goose’s feel-good songs, described as “funk folk,” have a wonderfully unique sound that is unforgettable.

When did the band start and how did you get together?

Trevor, the bass player, and I grew up in the same town, and over the years played in a couple of bands together.  I moved out to Colorado and was moving out there, got some perspective and kept in contact with Trevor, who was still here.  The fall of 2014 I was starting to fly back maybe once a month from Colorado, and we were starting to do some bar gigs, so it was kind of the first time that we started playing under the name of Goose.  We’ve gone through a few phases since then, but it’s been a really slow development and I feel like we’re just now getting to step outside of our bubble.

How did you come up with the name, “Goose”?

At the time, I was working at a taco place in Colorado and it was one of the things that they said in the kitchen.  It was supposed to be said kind of in place of “Good to Go,” it was this action word that got used a lot in funny context.  I just thought it would be funny name for a band.  It was never meant to make it past bar gigs, really, but here we are.

What would you call your genre or sound?

That seems like for a lot of people these days that’s becoming tougher and tougher to nail down, as the boundaries of genres and styles get more and more blurred.  For lack of finding a better terminology, we’ve settled on funk folk to describe what we’re doing.  Trying to find some marriage between lighter funky improvisational music and some kind of element of contemporary and indie folk.

Who are some musicians that inspire your sound?

Uh…if we are talking about what we sound like, I would say Dave Matthews Band is a pretty good comparison.  Our agent, I’m sure you know Matt, he has a funny way of describing it.  He describes this image of Trey [Anastasio] that got left with this baby and doesn’t know how to care for it and it just gets left in the woods, so then a fox comes, like The Fleet Foxes, as in It’s basically a blend between Phish and The Fleet Foxes.  We were raised in the woods by a Fleet Fox, you know? (The whole band laughs)

That’s too funny, that’s good.  But what about musicians that maybe, individually influenced you, whether it be growing up or recently?

Dave Matthews was a big influence since I’ve been real young.  My sister is older than me, when I was five she was 16 or 17 listening to a lot of Dave Matthews. That stuff seeped in at a young age, there was some good songwriting and good musicianship.  The Phish and Dead stuff was a big part of what we were doing and playing in high school.  Most recently, what I listen to is a lot of Fleet Foxes, Alt J, stuff in that vein.  Trying to blend those two worlds has definitely been something of interest.

That effect it has on your music is really unique.  I like Fleet Foxes and indie so I really appreciate the blend.  So, what song would you tell someone to listen to that you think would sum up what you’re about?

It seems like “Arcadia” is the one that people like to first point to. But really…you know it’s hard, with bands that are getting into the live music scene because it’s really about being able to take people on this journey during our set, go a lot of different places and not be able to be characterized.  Not even being able to listen to one song from the band and be able to characterize them.  But, if it could be done, it’s a song that hasn’t been finished yet.  There’s a song that’s still in the kitchen that’s the quintessential “funk folk” song.

Tell me about your creative process.

It’s subject to change.  Some songs come out right away in completed form, and some take forever.  Some you just mangle forever and it never comes together. But then others, like, “Dark Horse,” only take a day.  Some of them are fast.  Generally music comes a lot quicker to me than lyrics do, words I put a lot more work into.  A lot more sitting down and making myself write, it takes a lot of discipline to finish songs lyrically.  There’s a whole backlog of songs right now that the lyrics haven’t been written.  Musically there’s so much stuff written that’s ready to go, it just needs a story.  I’m getting back into a phase of starting to write more again, which is cool.  You really just need to crack the door open, and the more you can shut off the voice in your head telling you that things suck, it’s easier to write.  That just makes the process impossible, when you don’t even write down one thing and your head is like, “That sucks.”  That totally closes off the window to new and better ideas.

I think the songwriting is definitely a focus, the singing and harmonies.  We’re not the first band to be into harmonies, but it’s definitely a sound that you don’t hear a lot in the context of improvisational music.  Those two sounds together are definitely potent.  That’s something I think we’re striving for.

Is there something new that you would like to try or explore with your music?

The recording…obviously in this scene that we’re in is so focused around live shows, which is awesome, touring is great, but recording can get overlooked sometimes. Opposed as other scenes, where recording is what it’s all about and touring is supplemental, our recording is more supplemental to the shows.  I think it would be great if we could enter into a space where neither is necessarily supplemental to the other, but they’re both kind of main events, if you will.  I just love recording, I love doing albums.  I’d like to do more like first album, going with themes and entering into a certain space for particular albums and having it be one piece of art.  The first album we sought out a destination to record basic tracks for that album, and that in turn laid out the vibe of the whole thing.  That was the basis for the sound of that album. It wasn’t about getting the best sound that we could, it was about going to this cabin, where we were snowed in for 10 days and seeing what happens with that, what effect that had on the songs.  Each album we would like to have that kind of idea going into it, whether we have different kinds of equipment, or a place we are going to record or a way that we are going to record it.  We’re working on the second album now, and then third album is kind of being sculpted, it’s a mainly song-driven album, and then we’re talking about the fourth album (laughter), and the idea behind that would be to do another destination thing, but this time go into it with a lot less writing done.  Just carve out a lot more time for ourselves, maybe rent out a house for a month or two and spend a lot of time improvising, listening back to things that felt good at the moment and carving arrangements and compositions from there.

Do you some exciting plans coming up for 2017? I know you mentioned that you were working on an album.

Yeah, we’re hoping to have the album out by the beginning of summer.  We’re just picking up more dates, like I said “getting out of our bubble,” playing in relatively new places and getting out of the area. We’re stoked to be on the Mad Tea Party lineup. We’re getting out and about this summer and we’re excited where it’s all going to lead.

That is exciting, I’m stoked for you guys. 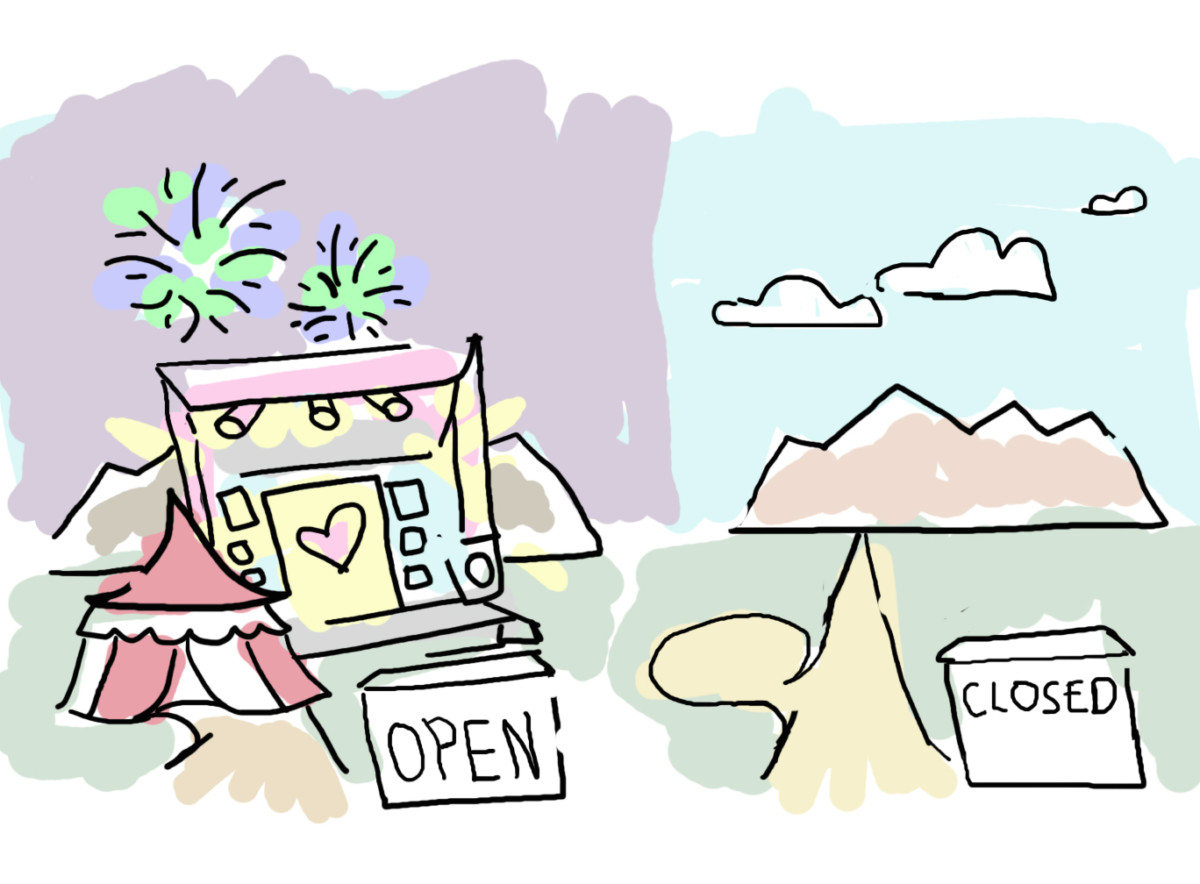