Today festival throwers and festival goers both strive for a family feeling at the venues and shows they attend.  This feeling of togetherness and neighborly love is what is trying to be achieved at each and every event.  There was never a better example of a family atmosphere than that showed at Pink Moon music festival, located in the gorgeous Rock Camp, WV.  Everyone was in sync and there was a joyful flowing aura about the campgrounds that wove its way from campsite to campsite.   Ticket prices were also the most affordable prices that I have experienced this summer at twenty dollars presale price and thirty at the gate (with an option to pay ten extra for car camping). There were a variety of vendors selling a multitude of goods from handmade brass and sterling silver jewelry to a glassblower with beautiful pendants and accessories made right in front of your eyes!  During the day time the musicians and campers alike cannot help but wander from their campsites and get drawn in by the amazingly talented art vendors, illustrating their style in their own unique ways. It was also an excellent example of how grounded the musicians and artists were, because they too could be found wandering various parts of the campgrounds with an honest curiosity for surroundings as well as their fellow campers.   I found that everywhere and anywhere I ventured off to, I was greeted with a friendly face and conversation.   There was another small twist to this festival that made it unlike any other festival I had ever been to.  At twelve o’clock pm on Friday afternoon took place the marriage of festival directors Seth and Jessica, and soon after turned into the party that was Pink Moon.

When it came to the music, there was a huge variety for listeners of all preference.  The stage was conveniently placed facing the vending tents, which were set up in an arc surrounding it.  This gave the crowd a great flow and listening experience, as well as easy access to the vendor’s goods.  During the day your spirits were lifted by the upbringing sounds from the strings bands that really made for a great start to everyone’s evening.  The evenings were started off with Pigeons Playing Ping Pong on Saturday, with their fast paced fun loving jams.  On Sunday, the evening festivities were started off with Peoples Blues of Richmond (PBR), and the Former Champions.  PBR has brought the funk back with a good dose of soul, and Former Champions are doing a great job representing the musically enriched city of Baltimore, MD.  With great venues in Richmond and Baltimore, and a fan base full of loyal listeners, it creates the perfect storm for any talented band trying to get their name out in a big way.  Headlining the festival was the Cheese side project with Jason Hann and Michael Travis called EOTO.  The duo has been working on this all live set with no prerecorded loops in the production since 2006, and is now well known and well respected throughout the music community.  They are known to incorporate a vast amount of styles and techniques to their ensemble, always keeping the crowd moving with exciting contemporary and retro beats!  They enticed the crowd with their fun, vibrant light show and put a smile on the faces of us all for hours Saturday night.  In the early hours of the morning Sunday morning the Norfolk, VA native band Octopus played the 5am set and kept the crowd grooving into the sunrise with their funk roots, and their hard rock and roll guitar riffs.  Mix that in with expressive bass lines and the ever so soulful sound of a vintage organ, and you come out with a great melody and rhythm that is unparalleled.  So next year remember to put on your dancin’ shoes and make your way down to Rock Camp, WV for Pink Moon 5.

Written and interviewed by Erica Price

The band Sol Roots draws their music deep from traditions of Funk, Soul, Blues, Rock, and Reggae.  “Many of our strongest influences are some of the musical pioneers we’ve worked with directly: Cool John Ferguson, Albert White, and Guitar Gabriel,” stated Sol, who plays guitar and sings for Sol Roots.  “The bands best music has been created in live settings, with energetic crowd reactions, and plenty of improvisation.”  Sol also mentioned that the band “loves playing tributes to the masters that have come before” them and finding ways to “take the styles to the next level.”

Before I had first met Sol and he told me about his band Sol Roots, I was intrigued.   The word “sol” is a universal noun used, in over nine different languages, to describe the bright star we all call the “sun” in our solar system.  The sun has many symbolic meanings; freedom, light, vision, power, dreams, unison, and is the ultimate provider of life.  I was already aware of this fact; however, I had never heard Sol Roots perform before, so I had yet to experience for myself how lyrics, language, and listening played such a monumental role in expressing the soul behind the music of Sol Roots.

Once we met at Pink Moon IV and began talking we realized we shared a common understanding for different languages.  We also agreed that the meanings of certain words are like gestures or expressions, that carry the same general, symbolic definition, regardless of how the pronunciation or spelling may vary from culture to culture.  Therefore, if you don’t understand the meaning of a word, it is still not impossible to understand what the speaker is attempting to imply.  It is the same concept as reading a person’s body language.  There are also words that are pronounced the same, but the meaning and spelling varies.  However, they are not so different that it would be hard to relate them to one another, prime example; sol and soul.  Many words are interchangeable throughout different cultures and regions.  When speaking “in different languages, you use different words to get across a meaning or a message.  It’s the same in music.  It’s not the scales or patterns,” commented Sol, “it’s the message and the feeling that you’re trying to get across,” that is most important.  This is exactly what makes music so simple and unique: it is something you feel, you are not required to think in order to understand the context.  “Music can connect with people even if the words are in different languages; you still get an instant, emotional reaction from the types of rhythms, chords, and progressions of the song.”

Other than feeding off of the vibes of the members in the band and the energy of the crowd, Sol believes that listening also goes hand in hand with communicating and understanding.  You can hear something, but not listen.  “Listening is crucial.  The best music happens when each band member is really paying attention and listening to what else is going on.”  Listening is something that is also done with the heart.  Some believe that learning new languages are impossible, but if you truly listen, clear communication can be made, without having to understand the words a person is actually verbalizing, rather what they are indicating or feeling.  The same can be done when listening to music without lyrics.  Sol expressed when playing with the band, “It feels like music is communicating through us, if we can just tap into that channel!”  Sol elaborated, “All the musicians have a great mastery of their instruments and this makes it easy to communicate back and forth on stage.”  This very technique of communicating nonverbally, but through listening and feeling, generates unison between the band members and their audience using the unspoken language of music and love.

Sol talked about the bands most recent CD release, titled Freedom.  “We had some great experiences tracking songs live in one or two takes and some songs being built as a sonic sculpture,” Sol recapped.  “We’re the kind of band that provides each member plenty of room for experimentation, while still having a deep respect for the groove.”  The band is excited about their next upcoming album release.  He mentioned that they had an incredible time at Pink Moon IV and were happy to be part of the overall experience.  “We loved having a cool roster of special guests sit in with us from a few other bands that were performing!” He also included how enjoyable it was to have arrived early for the wedding of Seth and Jessica, the festival organizers.  “It set the mood for a loving, positive, welcoming atmosphere,” which is exactly what Sol Roots music is all about: bringing people together to shed light, positivity, and love. 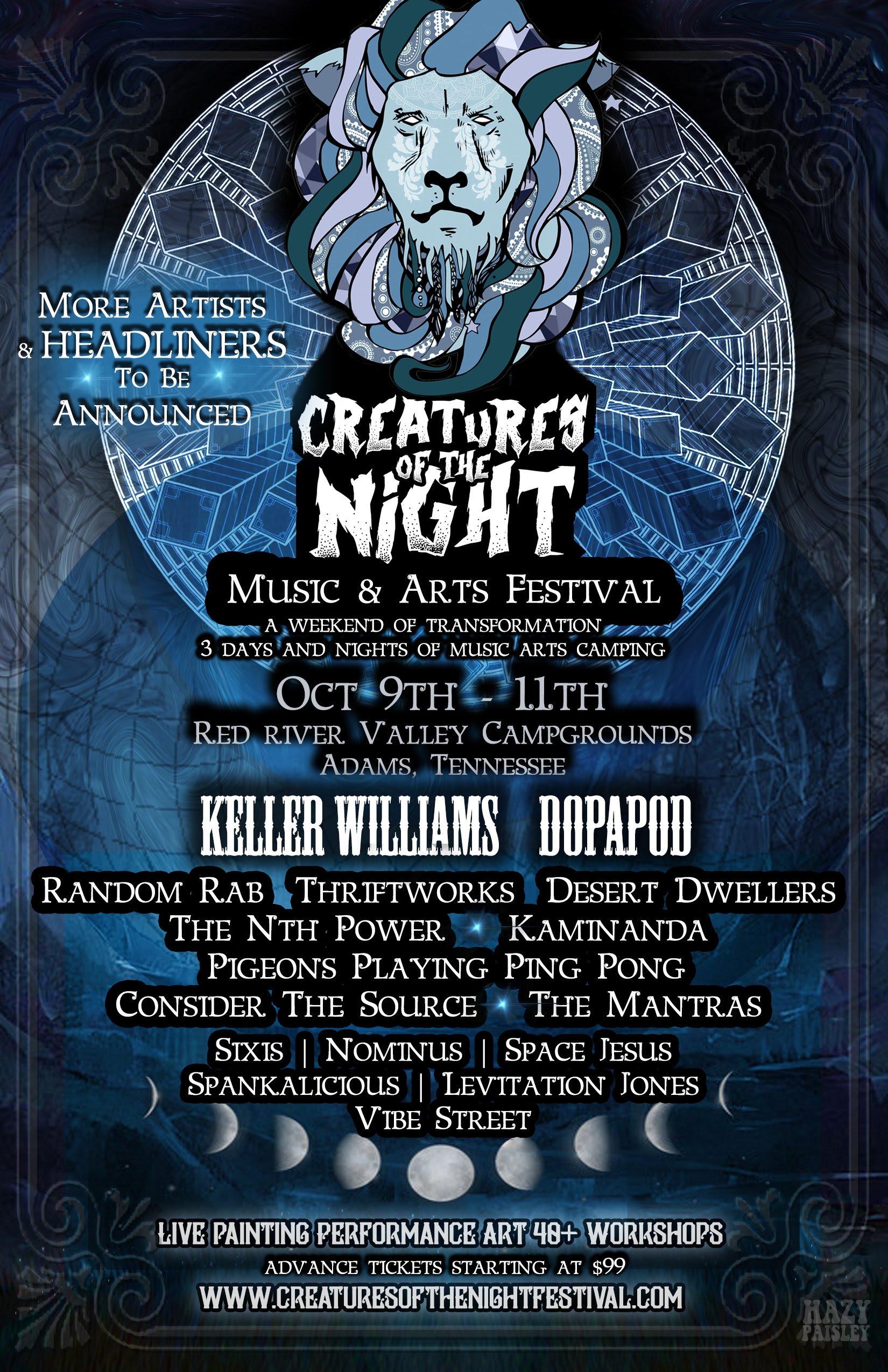 Creatures of the Night Phase One Announcement 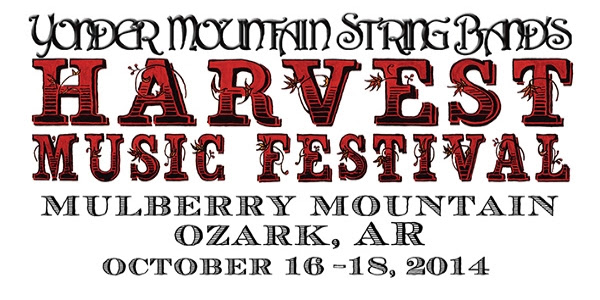 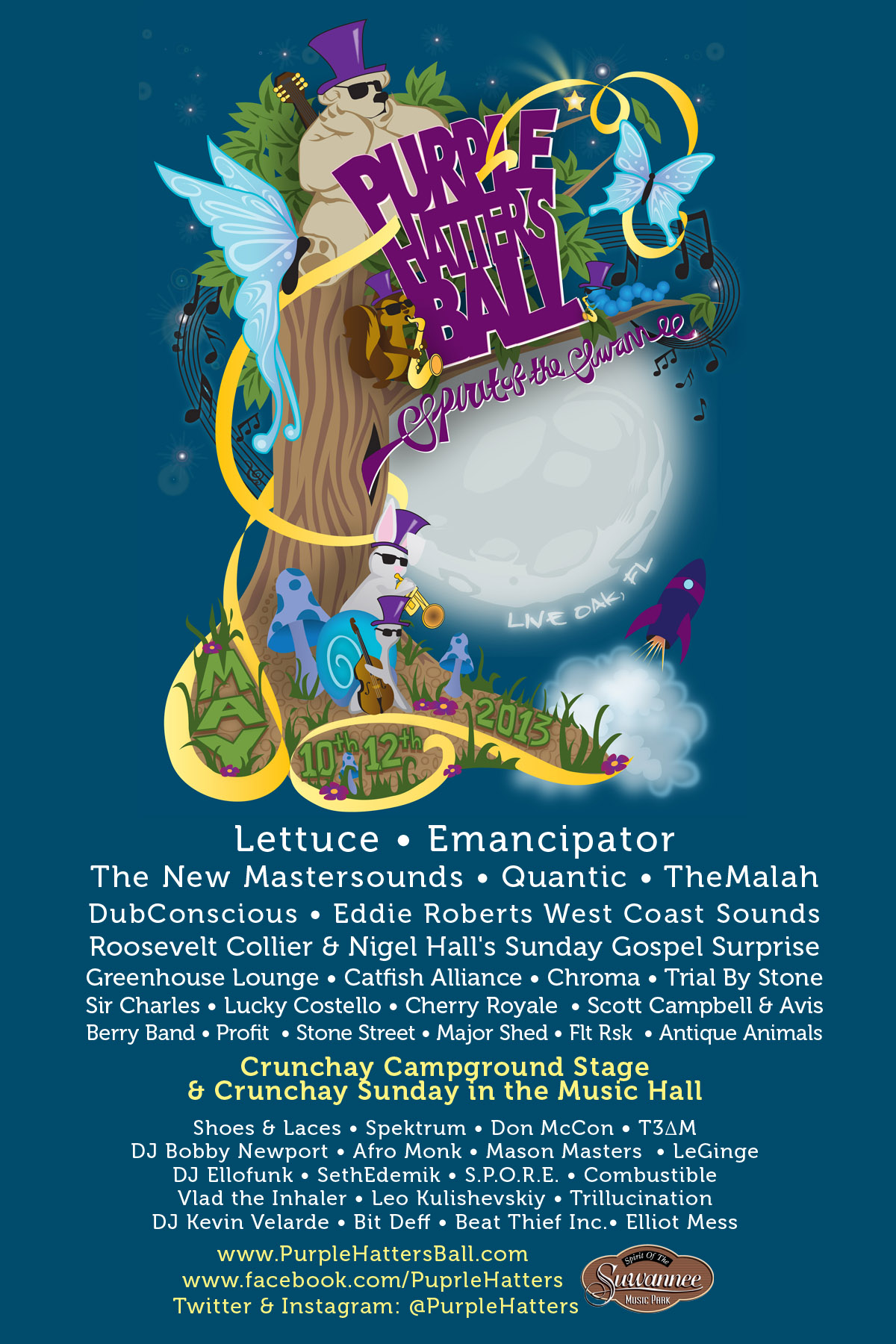 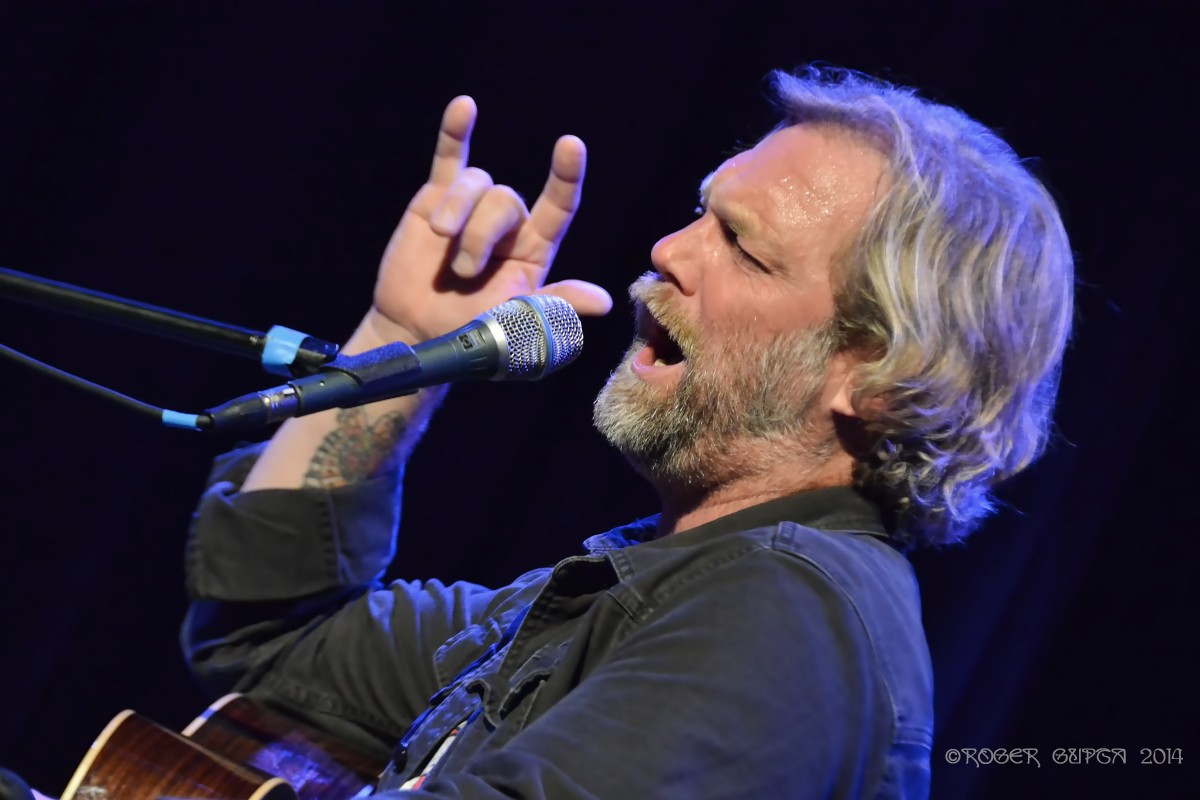