For over 20 years, Corinne Henahan has been a near permanent fixture on the Northwest Ohio jam band scene.  From first going on tour with ekoostik hookah in 1997 to running full VIP experiences for O.A.R. arena tours, Corinne has seen and done almost everything in the “touring and support” world.  She took the advice of a high school guidance counselor, “The trick is finding out what you love and finding a way to make a living doing it.”  “Well I liked to go to concerts, smoke weed and hang out with musicians.  I thought, how can I make a living doing that?”  While it often sounds fun, the life she’s chosen has taken sacrifice and an immeasurable amount of hard work.  To paraphrase The Devil Makes Three, this life isn’t right for everybody, but it’s been good for her.

After seeing her first punk rock shows at 14 and her first Grateful Dead and ekoostik hookah shows soon after, Corinne immediately fell in love with live music.  She quickly ingratiated herself to the ekoostik hookah team, to the point that she was invited out on tour with them in the summer of 97.  “Bill Horschke called me and asked me if I wanted to go with the band to California.”  She cancelled her summer classes, quit her job at a deli, and, like so many people, got in the van.  “Bill didn’t want me to just be an ‘ornament.’  He made sure I knew how to do everything.”  On the tour, she worked to become indispensable.  She set up keyboards, microphones, drove the truck, loaded and unloaded gear, filed logs, and did everything she could to learn and make herself useful.  “Over the years I saw so many women get thrown away, they were disposable.  I never wanted to be recognized for my looks.  I wanted my influence to last.”  When ekoostik hookah went through a reorganization and had no merch, she took it upon herself to buy a screen printing kit and shirts and print them herself to sell.  This led to her buying her first press and dryer from John Mullins and beginning to run her own shop.  “I realized after buying a Grateful Dead CD and having it shipped to me from the band that this was a job.  It’s a real thing.  And it was something I can do.”

“Indispensable” is a word that came up over and over in our conversation.  Years later, when she first began working with O.A.R., she was again primarily working in merch.  She was told that she would only be working the eastern half of the country and that the tour cut crew for the western run.  “I made the decision that I was gonna be on that bus for the western half of the tour.  They were going to need me more than the second guitar tech, I was going to get the spot on that bus.”  She turned her work doing merch into acting as a de facto tour manager and eventually hosting, printing, and shipping all of the merch for the band.

The work that Corinne does isn’t easy.  She prints each shirt by hand on a six-color press.  She runs the embroidery machine and the hard press and everything else and is able to put any logo on anything from mugs to plaques to posters to hoodies.  Since she is (mostly) self taught, she was able to do creative things with printing and color that others might not try, and her relationship with ekoostik hookah gives her the freedom to take chances and see what works.  But everything she’s built stems from her hard work.  “When you read a biography of your heroes there’s no chapter on how they spent six months playing Grand Theft Auto.”  She’s made plenty of sacrifices as well.  “I’ve had to pay people to drive my kids to diving practice or School of Rock.  Sometimes I felt what my kids needed most was for me to build my business.”

Community support is also something that she values immensely.  She credits many others for teaching her skills, working with her, giving her opportunities, and simply lending a hand.  Whether it was a professional stage manager taking her under their wing when running a show at Kent State or getting some hands-on training from a fellow screen printer when she was just getting started, she knows she couldn’t do any of this alone.  She credits her long-time partner Jim Dewey (a well-known lighting designer and great guy in his own right) with being able to initially go on tour with O.A.R.  “My kids were in high school, so they didn’t need help getting dressed or anything like that, but he drove them to school every day and made sure they were OK.”

The COVID-19 pandemic has been difficult for Corinne, but not for the ways most might think.  Her business has suffered, but she works with enough artists that there’s always something to do.  She also provides uniforms and shirts for other businesses, meaning she’s always had work. However, she misses the rapid-fire socialization that comes from life on tour. She’s gone from talking to dozens if not hundreds of people every night to spending all of her time with Jim and her daughter.  While this has left her starving for the connections she’s currently missing, it’s also given her an opportunity to look at next steps.  She currently hosts Katz Chatz, a weekly webcast featuring her and Dave Katz from ekoostik hookah discussing music, current events, and whatever else pops into her mind.  She’s also looking into going back to school to get a law degree.  She wants to look for other ways to be a full-service support organization for artists, including copywriting, trademarks, and rights management. “Most great musicians aren’t cut out for a day job.  They usually aren’t great at setting a price for their work either.”  Corinne works to support the community by being so much more than a “Merch Girl.”

While you would be right in thinking that Corinne is mostly into jam band music (“I’m the prototypical northeast Ohio hippie girl,” she told me), she does get out of that vein sometimes.  “Recently I’ve mostly connected with hip-hop.  My favorite songs are the ones with lyrics that I can connect with, that help me understand things or make the world more clear for me.  Lyrically, right now that’s hip-hop for me.”  She also had high praise for Litz as a more recent band that really has “it.”  And of course, she still loves the bands that brought her into the scene:  The Grateful Dead, Phish, and ekoostik hookah.

In the end, Corinne wants to continue making her mark by being a hub.  She’s the type of person who can set up a stage, bring up lights, fix feedback, sling merch, count tickets, and do just about anything needed to put on a great show.  She points to Bill Graham as an inspiration.  “The Grateful Dead in the 60’s doesn’t happen without Bill Graham.”  She wants to serve the art, to help launch artists or to give the artists the tools to have a 20 year career instead of a 5 year career.  When people need something done or someone to be in charge, she wants people to look to her.  I know if I needed to call on a person that I could rely on to be competent to handle any problem that surfaced at a show or on a tour, she would be at the top of that list.  She’s been a powerful force in the scene for more than 20 years, and I expect that she’ll continue to hold that position for another 20.

You can find Corinne at her shop at Merch Girl Merchandise and her weekly Katz Chatz. 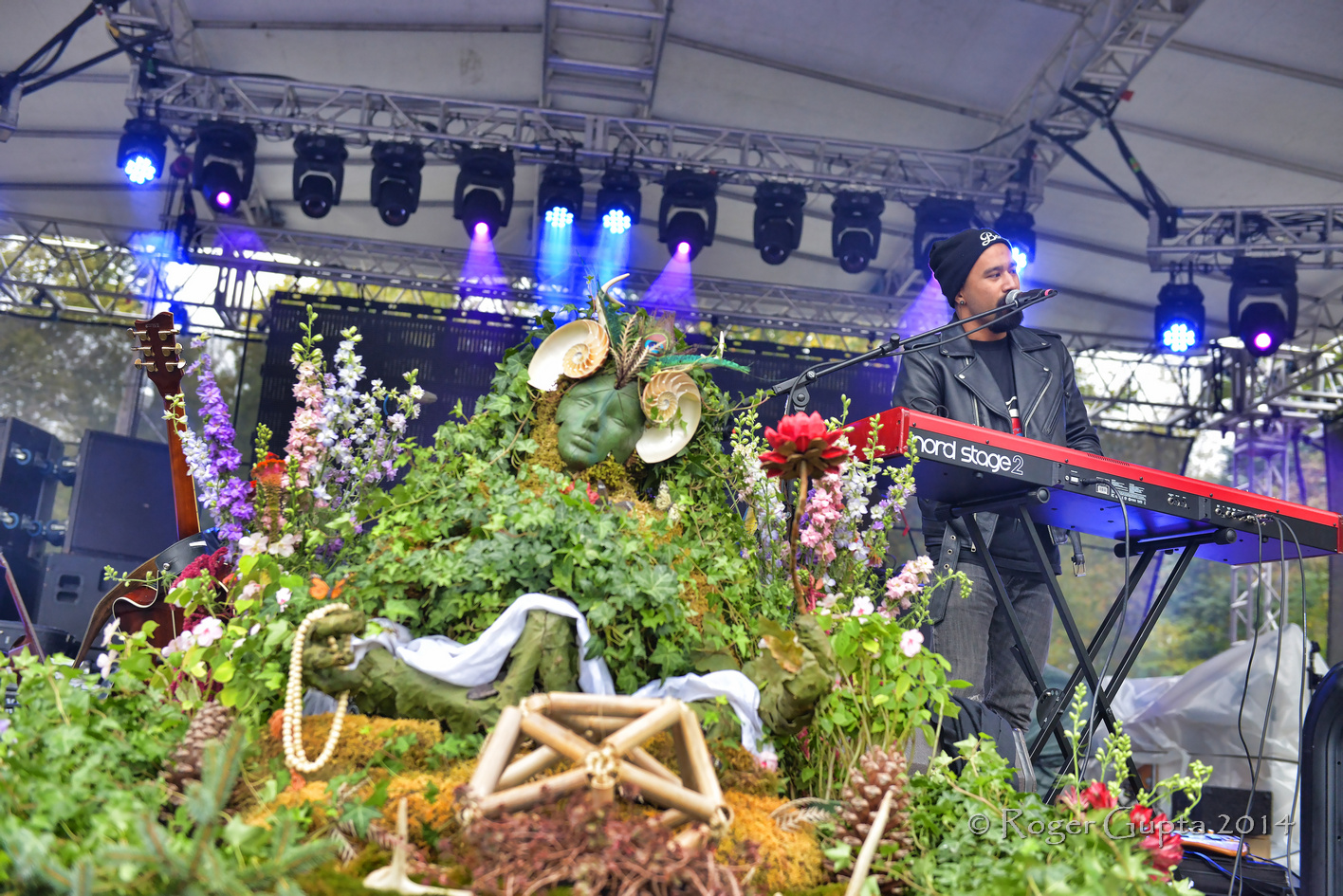 Taco ‘Bout It: Conspiracy Theories in the New Age 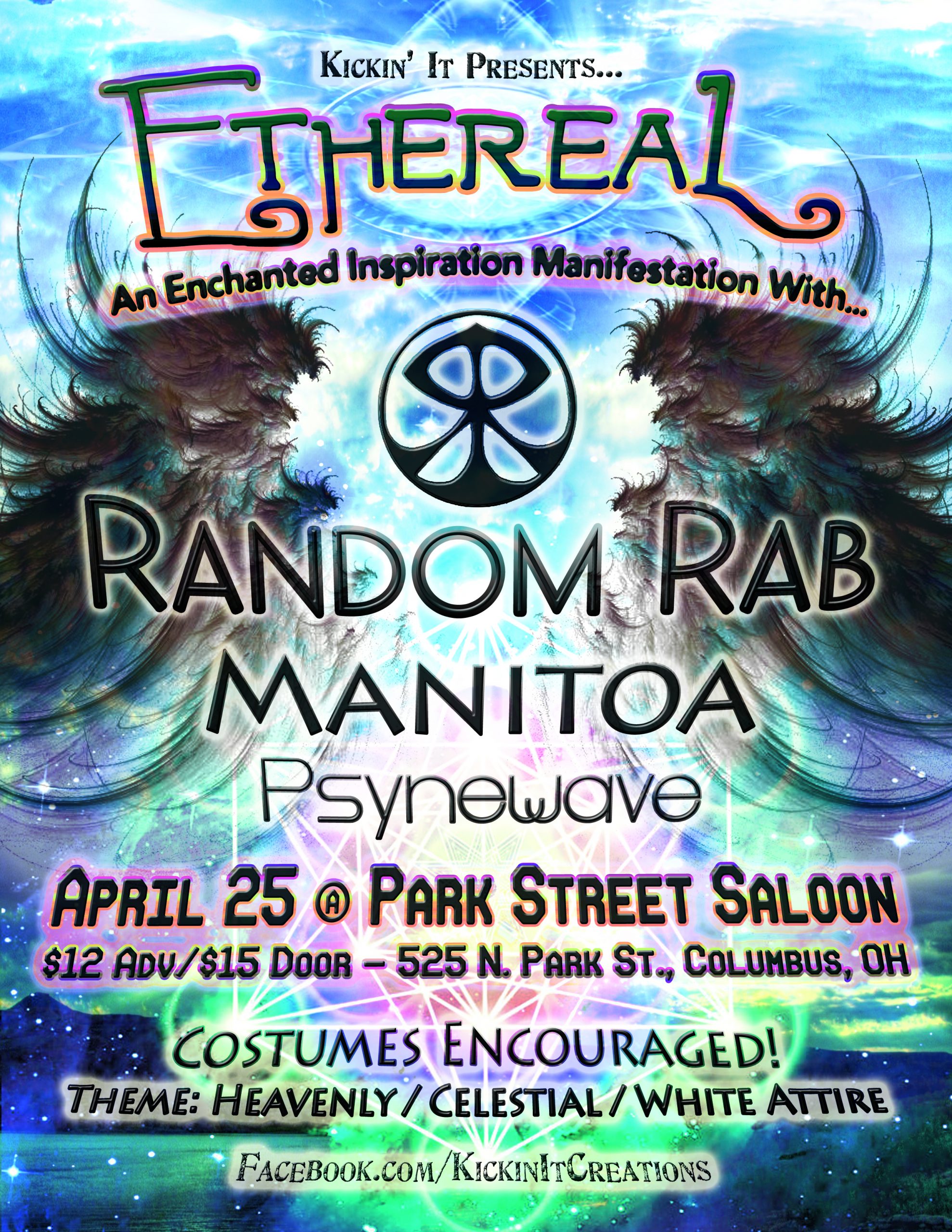 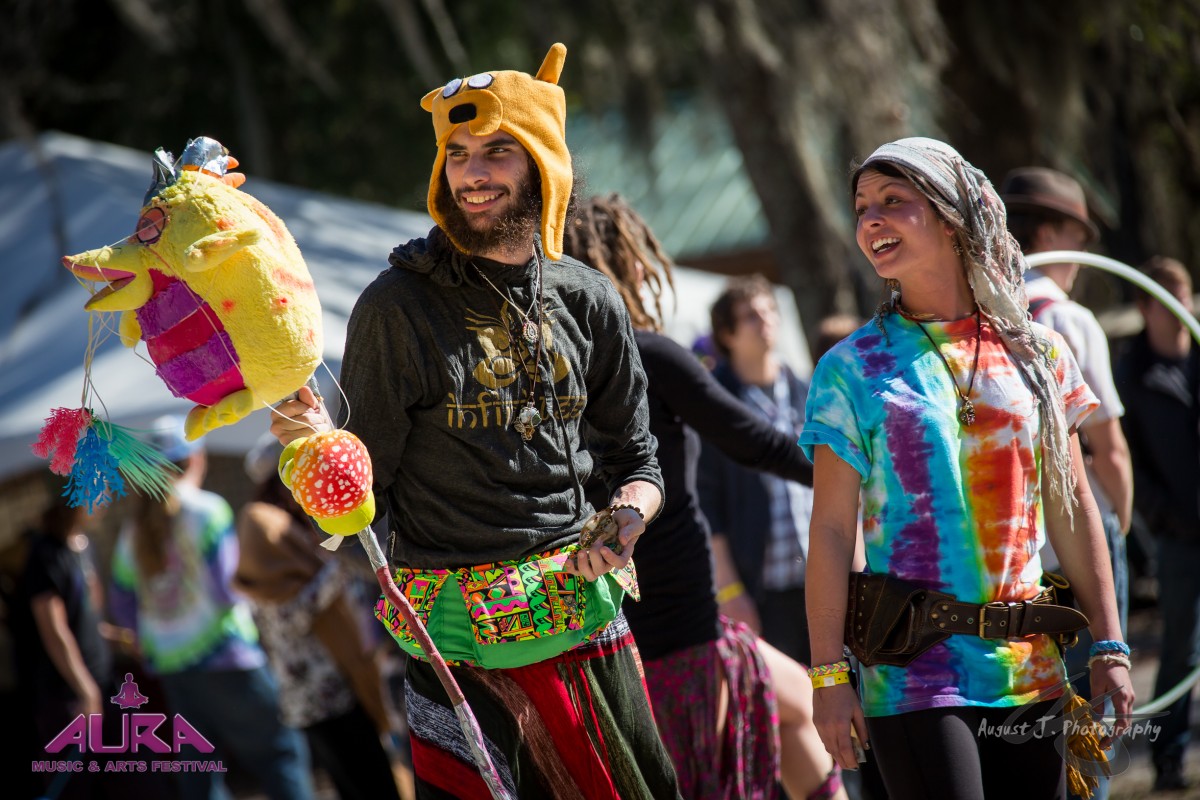 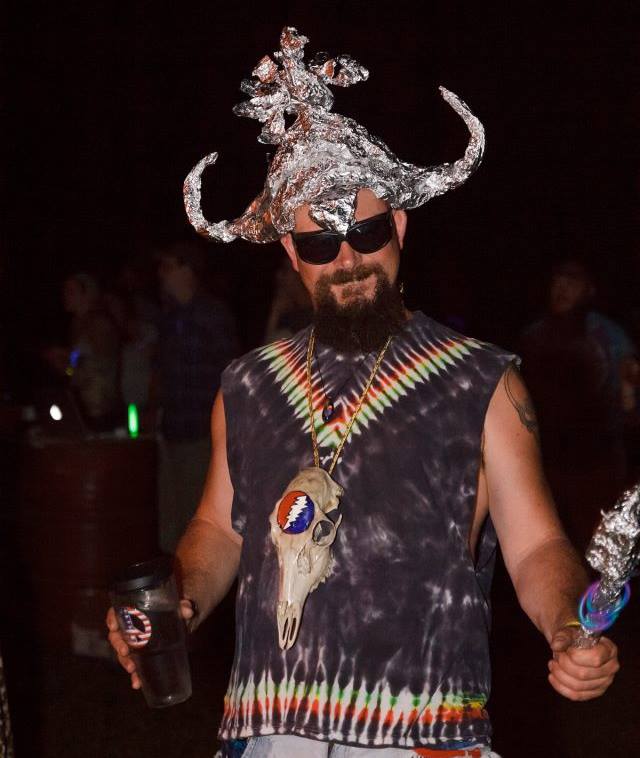