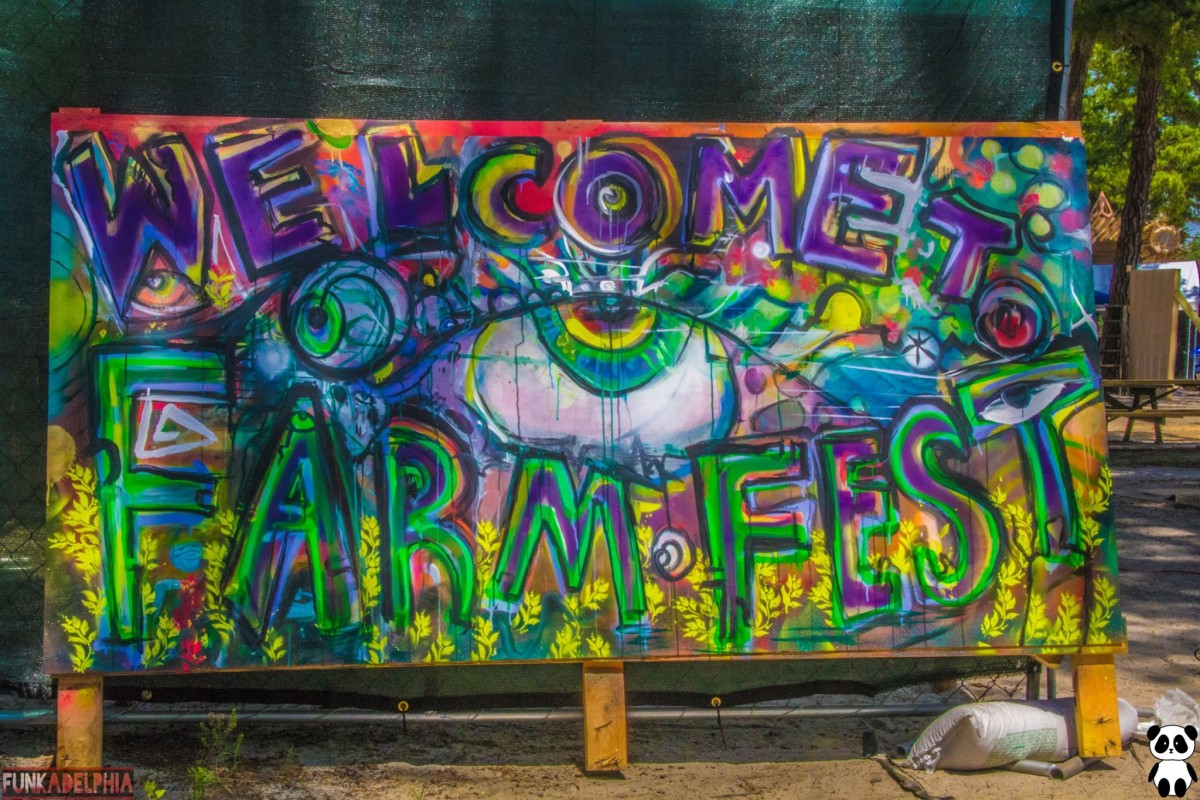 I have attended F.A.R.M music and arts festival for the past three years. It has always been one of my most anticipated events of the summer because of the fantastic overall vibe of the festival. It’s venue, Paradise Lake Campground, was one of my favorite new spots last summer and I was excited to return this year to those beautiful shady woods and relaxing lakeside beach.

I arrived Thursday and set up in a magnificent section of the woods, where the lake meets the land. (Honestly, camping on solid, flat ground anywhere was already a huge upgrade from camping on the side of a ski slope the weekend before!)  Shortly after, I capitalized on the opportunity to use the beach (while there were still not too many folks there) and took an adventurous canoe ride through the lake. It is this sort of activity that gives this venue such a unique advantage to other campgrounds- having a beach right next to the woods allows you to enjoy two favored destination spots in one.

The huge emphasis put on the visual arts at F.A.R.M is another reason that I continue to return to this festival. There were two art galleries to meander through and every inch of every wall was covered in exceptional artwork. From mesmerizing colorful pieces by John Bertolone to Logan Walden’s immaculately detailed fantasy scenes, there was artwork to hold your attention no matter your taste.  Artists painted diligently throughout the day and into the evening, they traveled from stage to stage and even found themselves painting in the lake. Furthermore, visual artists tried (and succeeded!) to paint through sporadic light outages that happened after the sun had set.

If incredible live artwork wasn’t enough to lure you to this festival than headliners like Emancipator, The Floozies, BoomBox, and Liquid Stranger surely sealed the deal! Classically F.A.R.M is a festival that is more heavily focused on electronic music, but they did have some live bands, like Tweed, that performed on the main stage to keep things diverse. The main stage was beach side, so in the crazy heat of the day you could listen to your favorite acts and stay cool in the water. I can’t even imagine how much labor and love went into building the mainstage- it was one of the most artfully crafted stages I have seen F.A.R.M build. (For those unfamiliar, every year this festival has super unique wooden stages that leave you totally in awe.) The secondary stage, the Funkadelphia Stage, was located in the woods. It was illuminated with some pretty stylish LED panels that really enhanced every performance held there. The second stage ended up being my favorite place to stumble into, because I felt like every time I walked over to that part of the woods I was encountering music that I had never heard before. There was some freestyling going on at the Funkadelphia stage that totally blew my mind. There was a third woodland stage as well that was mainly set up to host DJ’s.  Emancipator’s set I found to be the most captivating, he is an artist that I could never tire of listening to because every time he performs he puts the entire crowd into a tranquilizing stupor that you come out of refreshed and renewed.

F.A.R.M Fest did face some struggles this year, and they are things I have to mention in the review because it is my opinion that in order to write honest reviews of festivals you sometimes have to include the more hairy parts of the whole. There were two crazy flash pseudo-floods that occurred back to back. This type of struggle is something that is completely unpredictable and as any seasoned festival attendee can reassure you, rather common. For this I would just like to commend the staff on their swift efforts to make sure that everyone took shelter and was tucked away safely from the storm- and how rapidly they were able to have music up and running after it had passed. Secondly, there were some serious issues with the bath houses, overuse abuse to the plumbing caused these to be intermittently shut down, which caused portable toilets to also become overused. There were new portable toilets brought in on the final day, which helped with the problem, but plumbing is definitely something that needs to be better figured out if Paradise Campground is going to be used again next year, with such a successful attendance rate. Also, one of the biggest complaints I heard among attendees was the lack of water. I know there were points in the festival where even vendors were without running water- and I only knew of one place on the grounds where you could refill a water bottle. Luckily, I found most people to be rather generous sharing water they had found to take care of their friends.

F.A.R.M. Music and Arts Festival stands for Future of Artistic and Revolutionary Minds. When I first heard this phrase a few years ago, I assumed that it was referring to the performing visual artists and musicians that made F.A.R.M Fest so special. But this year it really struck me that all of the patrons at the event were part of the “Artistic and Revolutionary Minds.” Watching the sun come up on the beach, sitting in a deflating blow up couch, I saw many hands working together to help clean up the beach from last night’s party. I spoke for awhile with one girl, who was constructing an artful lost-and-found sculpture. She told me that she wasn’t a volunteer, or staff, but rather her and her friends just felt the importance of picking up and making the venue better. That’s a future artistic revolutionary mind for you!

This festival is a ton of fun, and filled with people who are dedicated and loving. There is a reason that upon my arrival, I was greeted with the assurance that I had “made it home.” Thank you to the staff members that worked so hard to put on this event and were so quick to resolve those unpredictable bumps in the road. Thank you everybody for another memorable year with my FARMily, and I look forward to our next reunion. 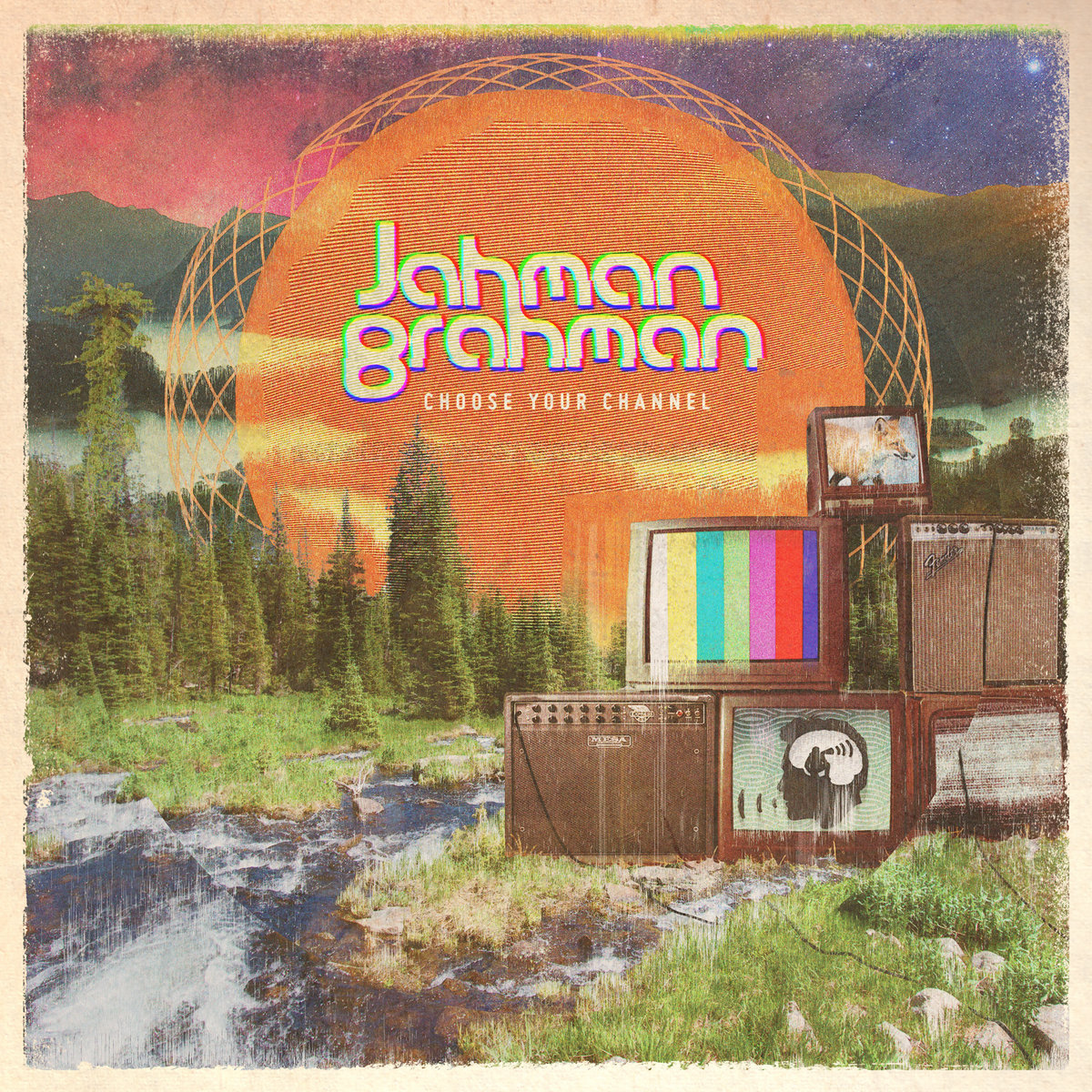 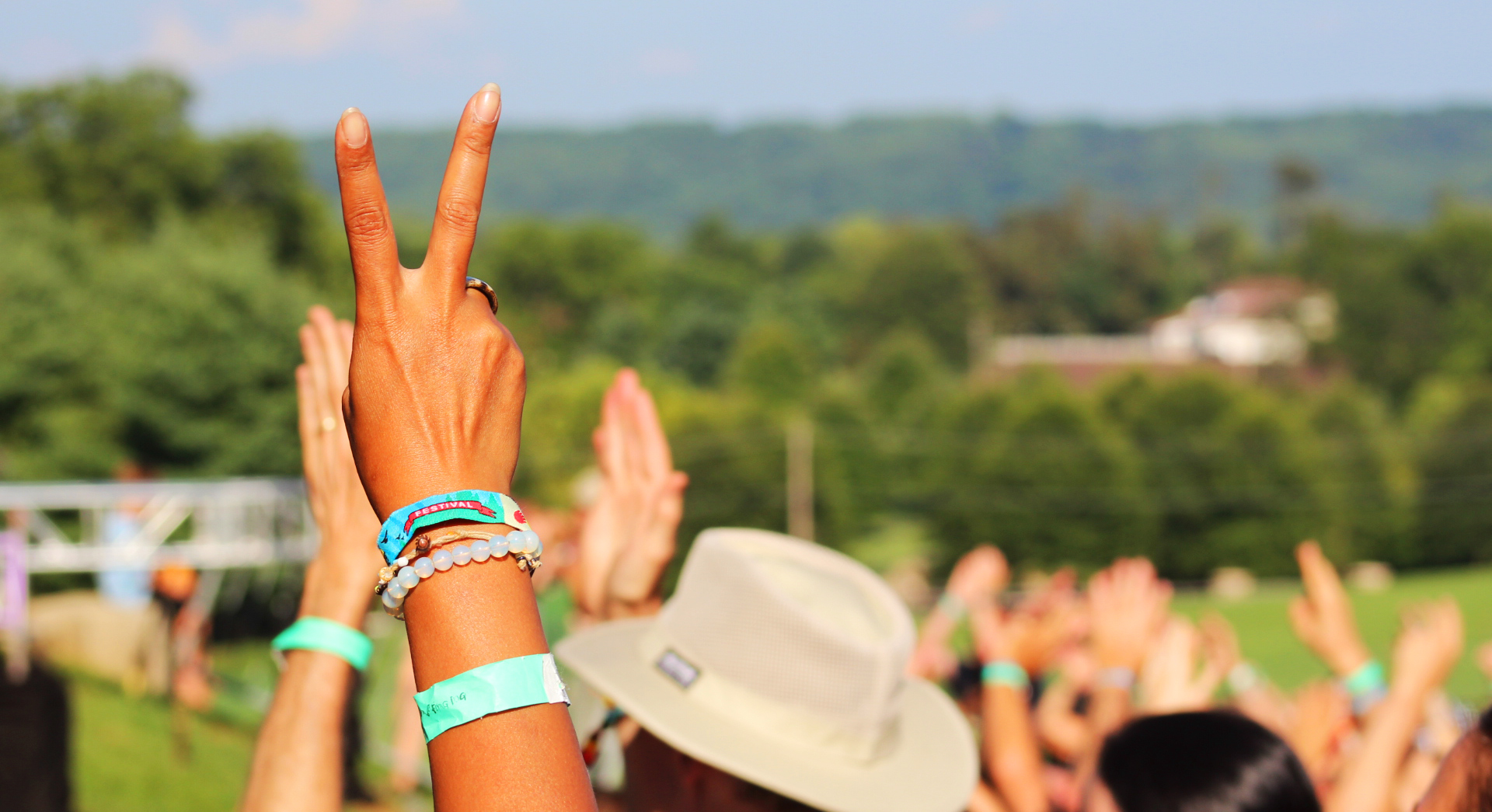 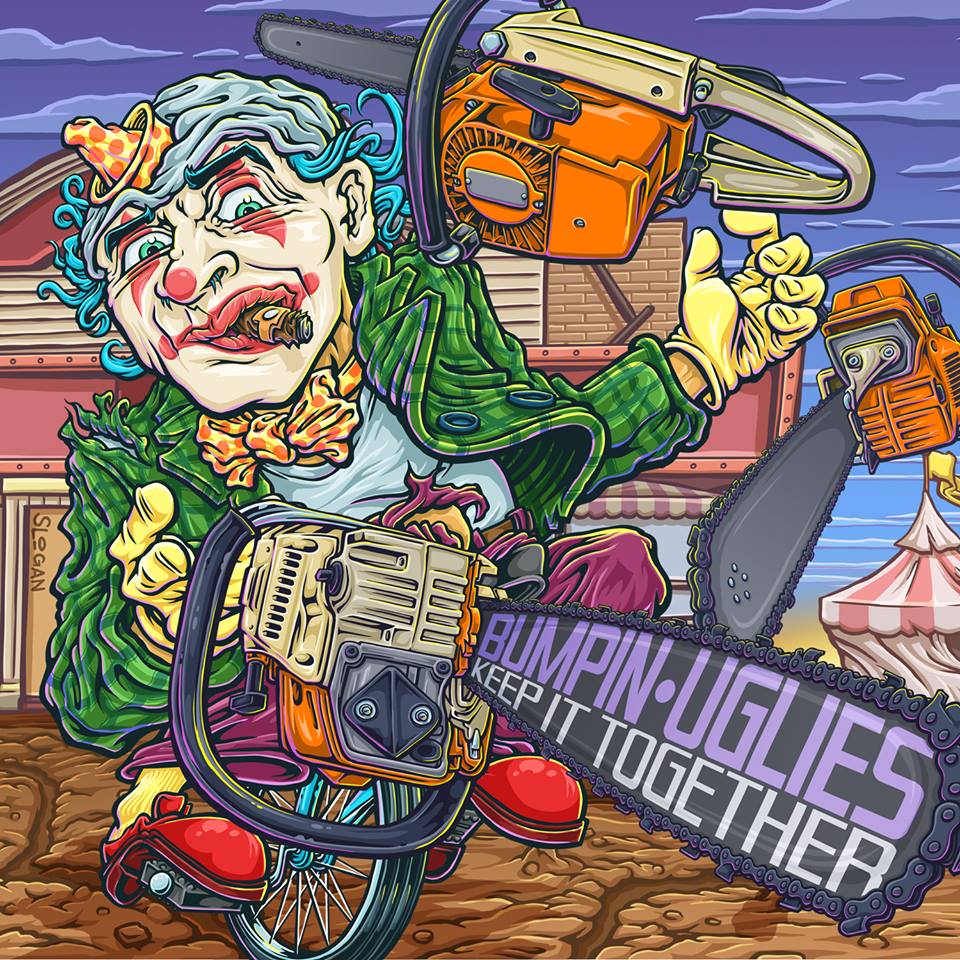 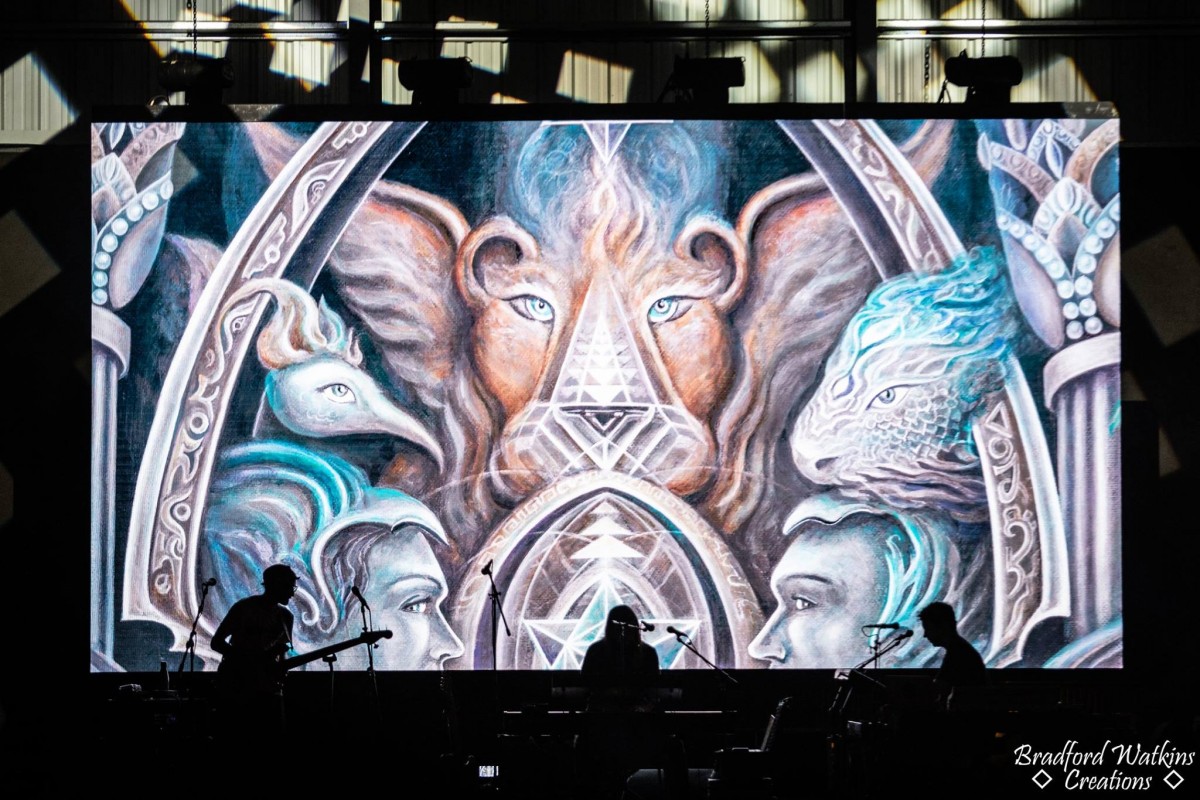