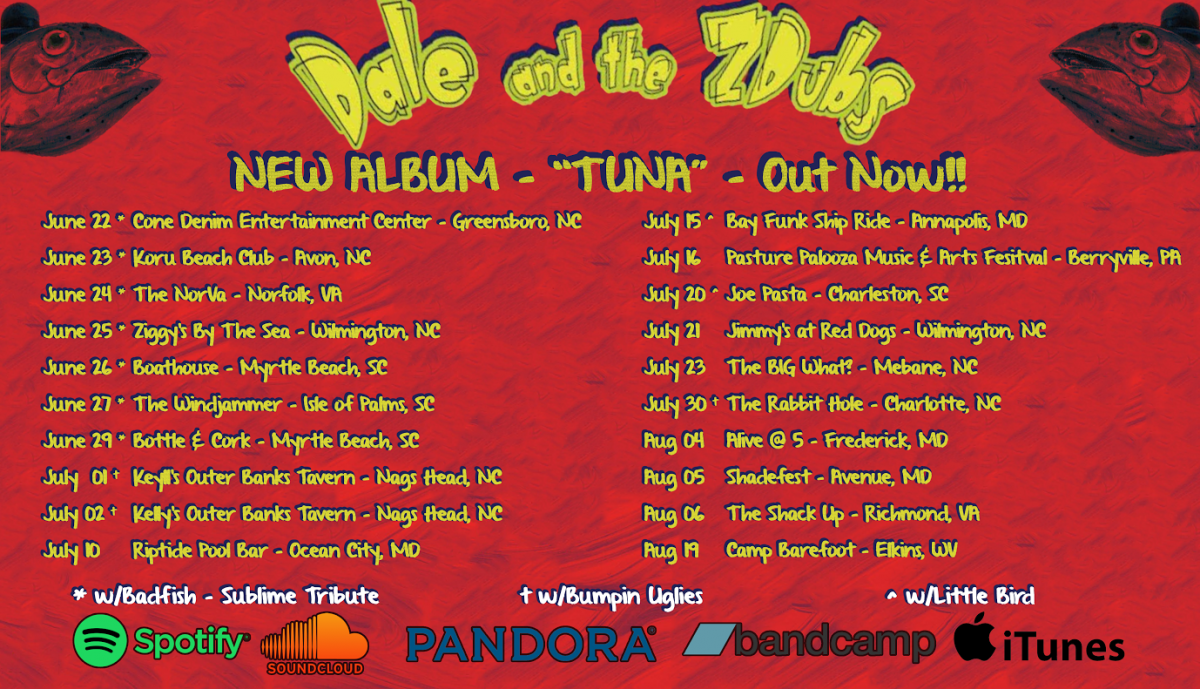 DC-based Dale and the ZDubs’ third studio product is a raucous spread of rock-reggae scheduled to drop just in time for the summertime debauchery the collection seems to celebrate. Tuna, a name inspired by Mephiskapheles’ 1994 rendition of “The Bumble Bee Tuna Song,” (a song the band consistently covers at live shows that has developed into a crowd favorite) is an 18-song package anchored in rock-reggae with segments of blues, ska, acoustic folk, and pop. Written in full by lead singer/guitarist Dale Rodman, vocalist/bassist/guitarist/keyboardist Sean Dunnevant, and drummer Miles Lieder, Tuna clocks in at just under one hour and is wholly unpredictable—an appropriate reflection of the band’s personality. “If we had the means, we’d break all our equipment onstage every night” laughs Dale, who remains proud of the time an Asheville bar pulled the plug on a ZDubs show midway through their second song, thanks to his decision to attack one of the band’s onstage props — a plastic mannequin they call “Manny” — with a cinderblock. Tuna is highlighted by bouts of expletives, crude humor, self-deprecation, and combines a carefree, yet brutally candid feel with a noticeable passion for the band’s songwriting.

The album kicks off with the brass-backed reggae groove of “Best Friend,” which features thick-bodied and deliberate bass play from Dunnevant—a frequent theme throughout the album’s variety of moods. Next up is “Won’t Go,” offering the albums’ first taste of Dunnevant on lead vocals during verse two, which continues on tracks “Why Oh Why,” “Smitten,” and the acoustic ballad, “I hate Everything But You.” A pure bassist on stage, Dunnevant’s guitar work throughout the album demands the “rock” in “rock-reggae.” His lead guitar play not only ads technicality, but a heavier and fuller element throughout Tuna, most notably on “Mr. L,” “Never Land,” “Oxygen,” and with the album’s most catchy solo/breakdown section on “Won’t Go.”

“Find a Way” brings The Hornitz into the mix and the listener straight to the beach.  A joint-solo exchange on this track featuring trombone and sax interplay by The Hornitz is one of the album’s peak moments. “Eyes Don’t Lie” brings things back to a more reggae and ska setting, and injects the first humor into the album with the repeated chorus line, “All my friends, all my friends, she slept with all my friends.” Dale amplifies his crass comedic approach with the autobiographical/acoustic “Don’t Tell Me How to Do My Laundry,” and the ‘let her down easy’ tune of “Glover Park”. Dale and the ZDubs close out the album with Trevor Young of SOJA, clearly not holding back on lead guitar for “Michelob Ultra.”

The album as a whole brings a distinct 90’s, Sublime/Pepper-esque vibe, with traces of early-era Red Hot Chili Peppers, The Offspring, and Reel Big Fish threaded throughout. The blend of summertime reggae riffs and eccentric lyrics makes the full Tuna listen a grinning affair. Be sure to pop the top on this can of Tuna come June 20, which by no coincidence is the first day of summer, or as Dale puts it, “play time!”

Check out some exclusive footage of Dale and the ZDubs performing a brand new track off their upcoming album Tuna LIVE at Cue Studios! 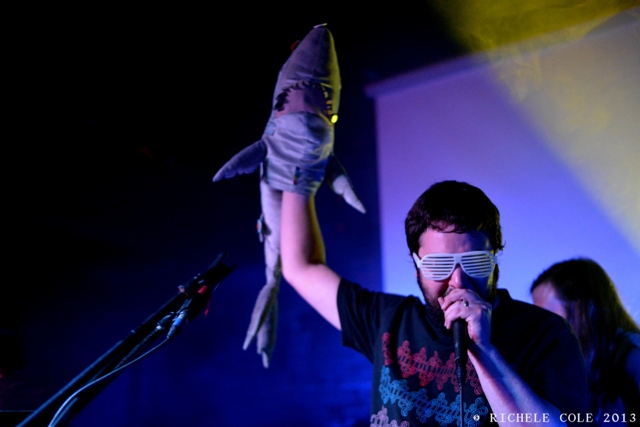 A Night in Frederick with Pigeons Playing Ping Pong