SEATTLE, WA — Banjo player extraordinaire and 2015 recipient of the 6th annual Steve Martin Prize for Excellence in Banjo and Bluegrass, Danny Barnes is described as “one of a kind” and widely acknowledged as “one of the best banjo players in America.” Barnes is recognized for his experimental sound. The raw and unpolished musical breadth of his compositions has propelled him across the industry today. Barnes released a new solo recordGot Myself Together (Ten Years Later) on Austin, TX based Eight 30 Records on November 27, 2015. Barnes’ first collection in six years showcases a singular songwriter and player in peak form reworking his classic album Get Myself Together [2005]  (“Big Girl Blues,” “Get Me Out of Jail”) a decade on.

The Seattle-area resident simply strips songs to their essence on the new recording “I spend a lot of time developing new contexts like the barnyard electronics aesthetic,” Barnes says. “Get Myself Together was my last acoustic-type recording and I get quite a bit of fan mail about it, but the label that released it went out of business. I wanted to make something with this record that featured more of my raw acoustic sound, as though I was kind of playing in your living room.” Barnes’ also offers a buoyant bonus track rerecording of his former band the Bad Livers’ high watermark “I’m Convicted.”

“Danny Barnes’ musical horizon is vast and elegant,” says legendary Texas songsmith Robert Earl Keen, who frequently enlists Barnes as banjoist in his touring band. “I’ve said many times that he is the world’s greatest banjo player. Danny’s singing swoops and soars by still waters and down rocky paths.”

Longtime fans immediately will recognize Barnes’ quirky lyrics and unimpeachable banjo style jumping toward the fore with little distraction on the new record. “I had to come up with a different scene for each song,” Barnes says. “The original context for these songs was as though I had made a movie and everything was all committed to celluloid. However, with music you tend to shape things as you play them live. The routine: You write something, you record it, then you go play it for ten years on the road. So, in returning to the music, I had a different perspective. It’s more like a dramatic work in that the company that performs it and the venue it’s performed in necessarily changes the meaning.”

“I enjoy these songs and I think they are ‘real songs,’ if that makes any sense,” Barnes concludes. “They can be strummed on a one-string instrument and they still make sense and tell the story. They don’t depend on effects or processing. I think they are worth a busy person taking time to jam on them.”

“It is heaven and earth,” says superstar Dave Matthews, who also frequently calls Barnes to bat in his live show. “It is Americana from the back porch to the pulpit.”

A Texas native, Barnes is one of bluegrass music’s most distinctive and innovative performers. He is known for blending together different sounds which defy labeling while redefining the banjo’s perceived image in a wide-ranging and four-decade long career. From his early days as the driving force behind the impressive Austin-based Bad Livers, a band of pioneering Americana missionaries, through a prolific solo career and the development of his trademark approach he calls “barnyard electronics” (which is also the name of his 2007 album) that incorporates digital technology and various effect pedals to stretch the tonal range of the instrument, Barnes has always listened to his proudly offbeat inner voice. His live shows involve a computer program he built in max/msp and a banjo.

“Danny Barnes doesn’t sound like anyone else,” says iconic instrumentalist Bill Frisell, whose “Big Shoe” closes out the album proper. “I was knocked out when I first heard him play and continue to be.”

Recently, he was recording in his home lab when a package arrived from Steve Martin with a letter notifying him that he was the recipient of 2015 recipient of the “Steve Martin Prize for Excellence in Banjo and Bluegrass.”

“The day that package came from Steve, I had gotten up at like 4am when it’s real quiet and I can get recording done. When FedEx came, I was kind of preoccupied. I saw that it was from Steve and thought, ‘Oh cool… he’s sent me one of his records.’” says Barnes in an interview with John Lawless in Bluegrass Today. “But then I thought… ‘Hey, I never gave him my address.’ I had met Steve earlier this year at a show with the Steep Canyon Rangers, and we got to talk a little bit, but I didn’t remember giving him my address. When I opened it up and saw what it was, I was completely stunned. I was speechless. I’ve never won anything, and it amazes me that anyone knows what I am doing.”

The Steve Martin Prize for Excellence in Banjo and Bluegrass provides the winner with an unrestricted cash prize of fifty-thousand dollars, as well as a bronze sculpture created specifically for the prize by noted artist Eric Fischl. Created to bring recognition to an individual or group for outstanding accomplishment in the field of five-string banjo or bluegrass music, the prize highlights the extraordinary musicianship of these artists and bluegrass music worldwide. The winner is determined by a board consisting of J.D Crowe, Pete Wernick, Tony Trischka, Anne Stringfield, Alison Brown, Neil V. Rosenberg, Béla Fleck, and Steve Martin. Previous winners have included Noam Pikelny (2010), Sammy Shelor (2011), Mark Johnson (2012), Jens Kruger (2013), and Eddie Adcock (2014).

“Every year it’s a very tough choice on our banjo prize. We all vote, narrow it down, narrow it down.” Steve Martin says to the Raleigh News Observer, “Danny is a real innovator and we want to make sure innovation gets honored over the course of the prize. He plays three-finger and he’s also not afraid to strum like an old banjo. You rarely see that, someone using banjo in all its capacities.”

Got Myself Together hit the streets this fall and he’s already got another in the works for a straight up banjo record, and he’s working on a suite of contemporary music for banjo and tuba. Barnes has released over ten albums and has been featured on over 50 others. In addition to the albums, Barnes also has an avant garde “kinda” noise cassette tape label, Minner Bucket Records which specializes in limited run cassettes.

Barnes says, “I’ve been at this a pretty long time. The main thing I use to get my ideas across has been the banjo. It has an unusual sound and is capable of a wide range of expression, however it isn’t very developed yet, in terms of what is being done with it in a current macro sense. It’s untapped.”

His skills as an instrumentalist and his open embrace and infectious love of music for music’s sake, have brought him to share the stage and record with a wide array of marquee artists that reads like a who’s who among broad musical landscapes, ranging from bluegrass greats Bela Fleck, Del McCoury, and Sam Bush, newgrass stars Yonder Mountain String band, to Americana artists Robert Earl Keen, Lyle Lovett, and Nickel Creek, to Jam friendly Gov’t Mule, Leftover Salmon, and Keller Williams, to jazz and blues instrumentalists Bill Frisell, Chuck Leavell, and John Popper, to members of the punk and metal Butthole Surfers, Dead Kennedys, and Ministry. He’s collaborated and shared stages with the likes of Bill Frisell, Yonder Mountain String Band, Robert Earl Keen and Dave Matthews, as well as wailed on a flying V guitar with members of the Butthole Surfers.

Also feel free to ask him a question at http://dannybarnes.com/ask-barnes.

What Folks Are Saying About Danny Barnes:

“Nobody does it better…. la la la la …” –Steve Martin via twitter

“As if dedicating your life to an instrument like the banjo wasn’t sufficiently avant-garde, the winner of this year’s Steve Martin Prize for Excellence in Banjo and Bluegrass is a musician recognized for his experimental approach to that seemingly quaint stringed instrument.”

“The ex-local, who fronted Austin punkgrass pioneers the Bad Livers, has been an iconoclast on the traditional instrument, exploring electronica and utilizing looping techniques.”

“After forty years of playing the banjo, Danny Barnes finally seems to be getting the hang of it.  Though he has fused punk, electronica and a relentless drive in an exploratory take on the instrument that is truly unique, he still managed to win the Steve Martin Award For Excellence In Banjo And Bluegrass.” 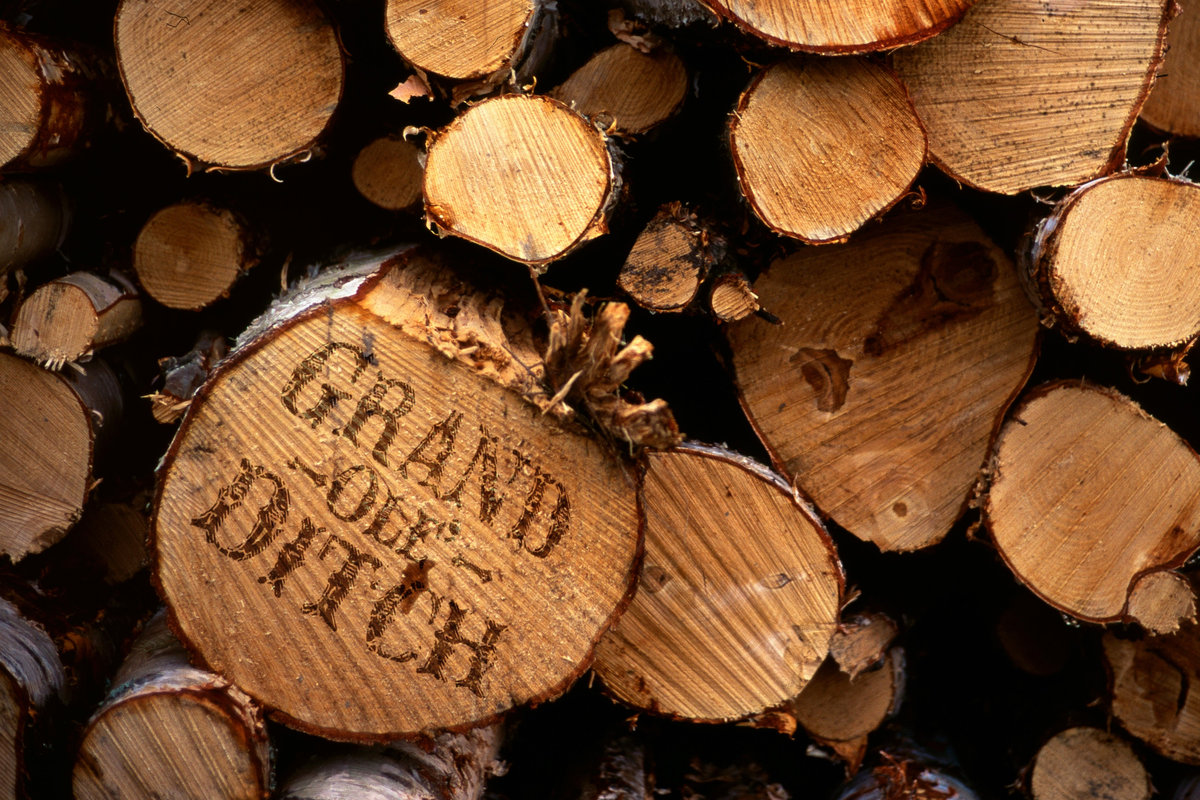