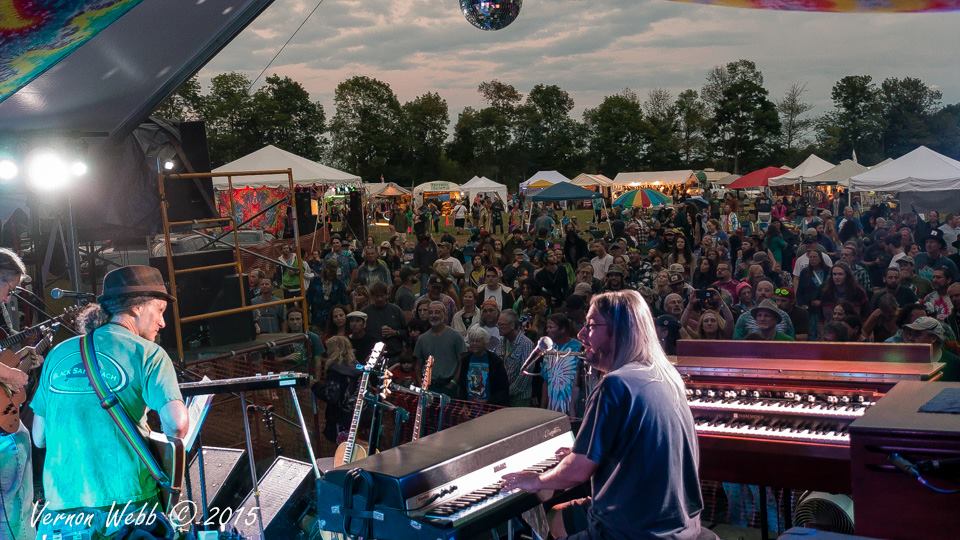 all photos by Vernon Webb

I haven’t went to a festival without having a core group of friends in a quite a while; this adventure was just me and my man, exploring uncharted territory. With a line-up stacked full of Dead reincarnations such as: Steve Kimock’s Tribute to Jerry Garcia (feat. Bobby Vega, Jeff Chimenti, Jay Lane, Dan Lebowitz), The Grass is Dead, Golden Gate Wingmen (feat. John Kadlecik, Jay Lane, Jeff Chimenti & Reed Mathis) as headliners as well as Leftover Salmon and New Riders of the Purple Sage, it was worth the nervousness of flying solo and the drive up north to Pennsylvania.

This festival had music for days, I feel like lately there hasn’t been much if any music on Sundays.Starting Thursday and raging continuously through Sunday, this was going be a long one.  There was no rush to get out of there Monday morning, even recommending and giving you directions to a swimming hole just down the way to clean up or just be able to relax and recuperate before truly hitting the road.  Thursday started out slow and steady as we drove on back country roads in PA. We roll in nervous with excitement, arriving just before the music was to start.  As we set up camp, we started introducing ourselves to our neighbors, while we may have arrived alone I could tell it wouldn’t stay that way for long.  The venue is small and very intimate, you could hear the stage from almost anywhere in the campground. During the days musicians would be out mingling with the crowd and checking out other bands. Just as we set the final touches to our nest we hear the first stage come to life. We grab some drinks, because just like all the best festivals it is BYOB, and headed out. While simultaneously getting  to know the grounds we wondered and dance to the sound of Mystery Fyre. That got the night rolling, next was Backwoods Experiment (some good ole bluegrass) whom was followed by Dr. Slothclaw. When the sun had completely went down a chill ran through my bones, and the cold began to set in. Knowing we were going to the Pocono Mountains  I should have been more prepared,  but before I knew it I was frozen in a chair. The type of chill that only moonshine and movement will warm up, and the blessing heat from a campfire. Thursday night provided some relief with a huge fire pit, almost ceremonial in structure, that party continued throughout the night.

New Riders of the Purple Sage

Waking up to the warmth of the sun beating through the car window, it felt soothing due to the chill that enveloped my body the night before. I climbed out of the soon to be hot box, and walked up the street if you will, for these rows of cars felt more like a neighborhood than a campground,  with almost every camp saying hello and good morning. It was like taking a stroll down a small town neighborhood street;  so pleasant, so welcoming, coming in feeling like a stranger it was a much needed comfort. The music and the people go late here; not having  the first band come on till noon. Take your time you have ample time to prepare yourself for the day ahead. It also allowed for more personal meeting time, to just lounge around the campsite, talk, mingle and play before its time to “let it all hang out.” I could hear the sounds of the morning music from the comfort of camp. The night was full of heavy acts, not stopping once the sun started to set with acts like; Still Hand String Band, New Riders of the Purple Sage, The Grass is Dead and Pink Talking Fish would soon flood the night. It was time to take off your shoes and dance to the twanging sounds that resonated Friday night.

Saturday morning came fast, knowing I had to get myself together by noon so see The Grass is Dead, just one more time. Their first set hooked you, playing one of the most beautiful renditions of “Ramble on Rose” I have ever heard. I knew I wanted more first thing in the morning. There was no fooling around with the music today, Horseshoes & Hand Grenade followed next. They were my favorite new-to-me band; I loved them! Their stage presence was amazing, the guitarist had a smile that you couldn’t help but giggle when looking at him and killing a bottle of Jim on stage while playing, I knew they were my type of people. They played a day show, as well as killing it at their night slot right after Leftover Salmon. It is five guys with an old microphone, and several on the corners of them, creating a box of sound. They were a string band with a jug band attitude.  They moved perfectly in sync with each other, bringing the harmonica forward with perfect circular motions, constantly rotating positions. They knew how to entertain, and I would definitely go see them again. If you do not know them look them up! You will not regret it. Steve Kimock’s Tribute to Jerry Garcia also played tonight, adequately giving me a another Dead fix. It was a day set, with a slower vibe covering songs like: Waiting for a Miracle, Brothers and Sisters, Like a Road and Bird Song.  Yet, I feel that Leftover Salmon stole the show Saturday night. Coming on with high energy and a foot stomping good time. I had almost forgot how much fun Vince Herman can be on stage, laughing and singing with his red clown nose. Oh! The sounds of FESTIVALLL ringing through the crowd, I don’t think the energy level could have gone up much more. It also helps they covered a favorite of mine “Sharon.”  The Mantra’s closed out the night with meshing sounds of well everything, it was a strange sensation to my ears as well as my feet to hear these two worlds collide.

Saturday easily turned into Sunday, watching the sunrise, one of the most visually beautiful moments of weekend. The sky was painted with bright pinks, and speckled clouds that continually changed patterns but kept their structure. While sitting with new friends, we realize what a strange silence had fallen over the grounds. Where are all the people? No drum circle? No late night jam? Where is everyone. Friday night you could hear giggling across the field from an array of campsites. Everyone must have been thinking the same, because as soon as we began to wonder, searching for the sound, we walked upon several others still awake and looking for fun. Soon enough the impromptu  jam had started.

Sliding into Sunday, the night owls try to find some rest between the cool sunrise and heat of mid-day. I awoke to the sound of the Dead, Stackabones was playing the noon set. We got ready for one last hoorah! Knowing that Sunday is the last day is always bitter sweet. But it also held the sweetest gift, The Golden Gate Wingman. They were different from what I had expected, with the beautiful singing of John K, and an almost spacey sound to their recantations and the other covers they played. Honestly many of the songs I did not know, like “Walking in your Footsteps”. They played their fair share of Grateful Dead tunes as well, it was a strange mixture for me. The party went late into the open starry night, so many stars could be seen across the long open sky. Pappey & Friends (feat. Pappy & Dylan from Cabinet, Anthony Hannigan & Roy Williams) played on the main stage closing out the festival, the drum circle with Jay Lane that was missing Saturday surfaced Sunday night, or so I heard I did not make it that far in the night.

The open skies created a stunning view but allowed for another cold night; but the love of the crowd and quick picking bluegrass was there to keep you warm. By the vacant campsites you could tell many people left, but Sunday was no less of a good time than Friday, and definitely kept you wanting more and ready for start planning for next year.  Happy 10 years Bear’s Picnic, and here’s to 10 more! Cheers. 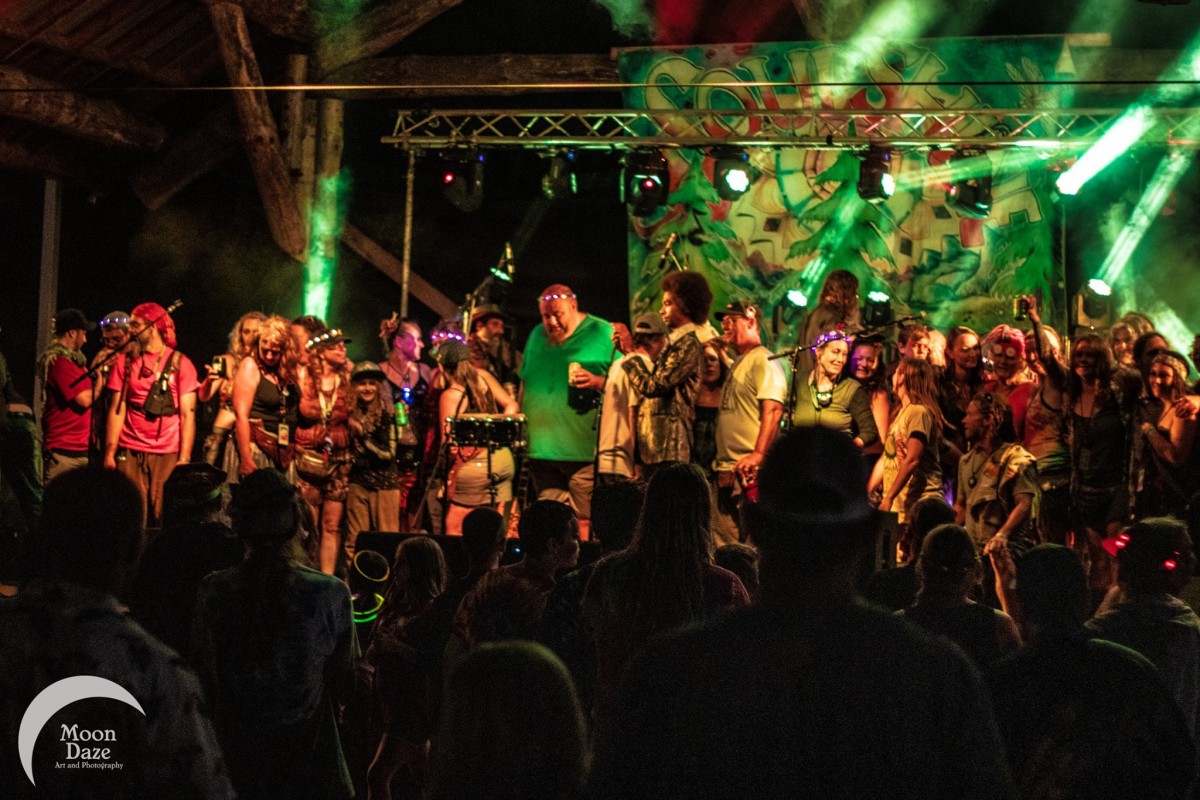 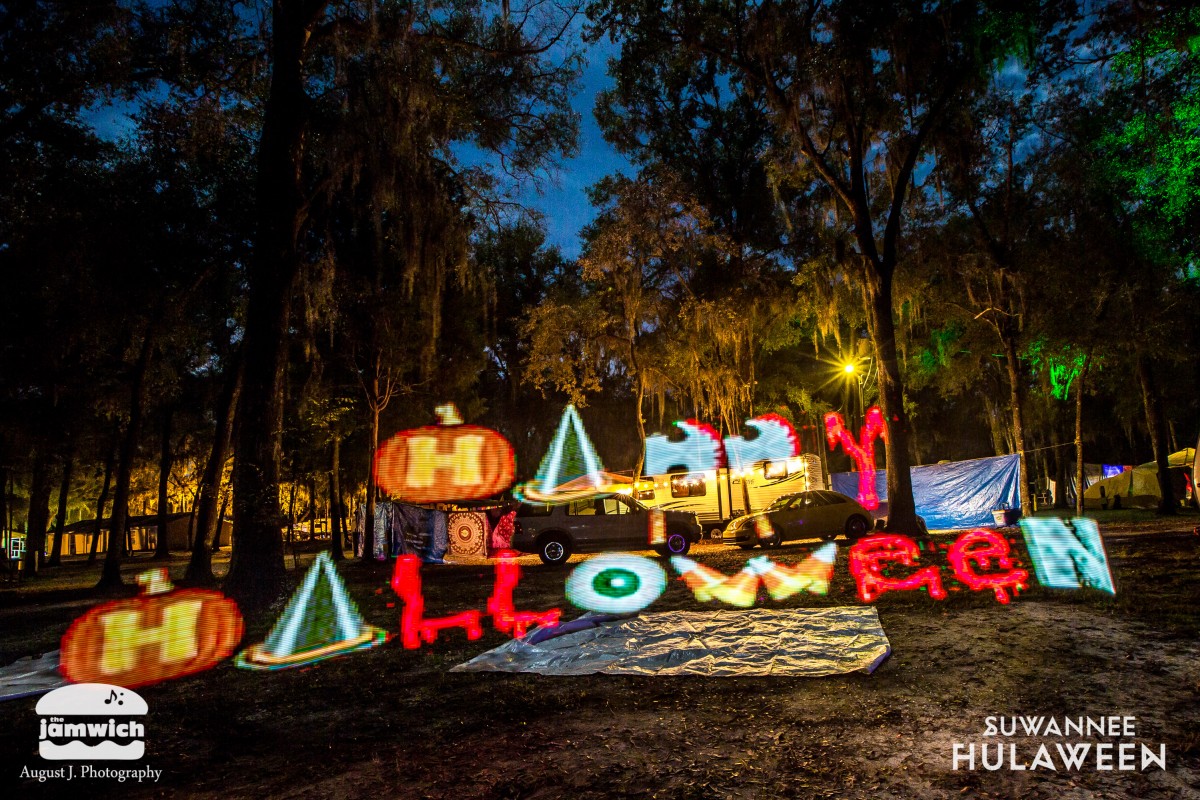 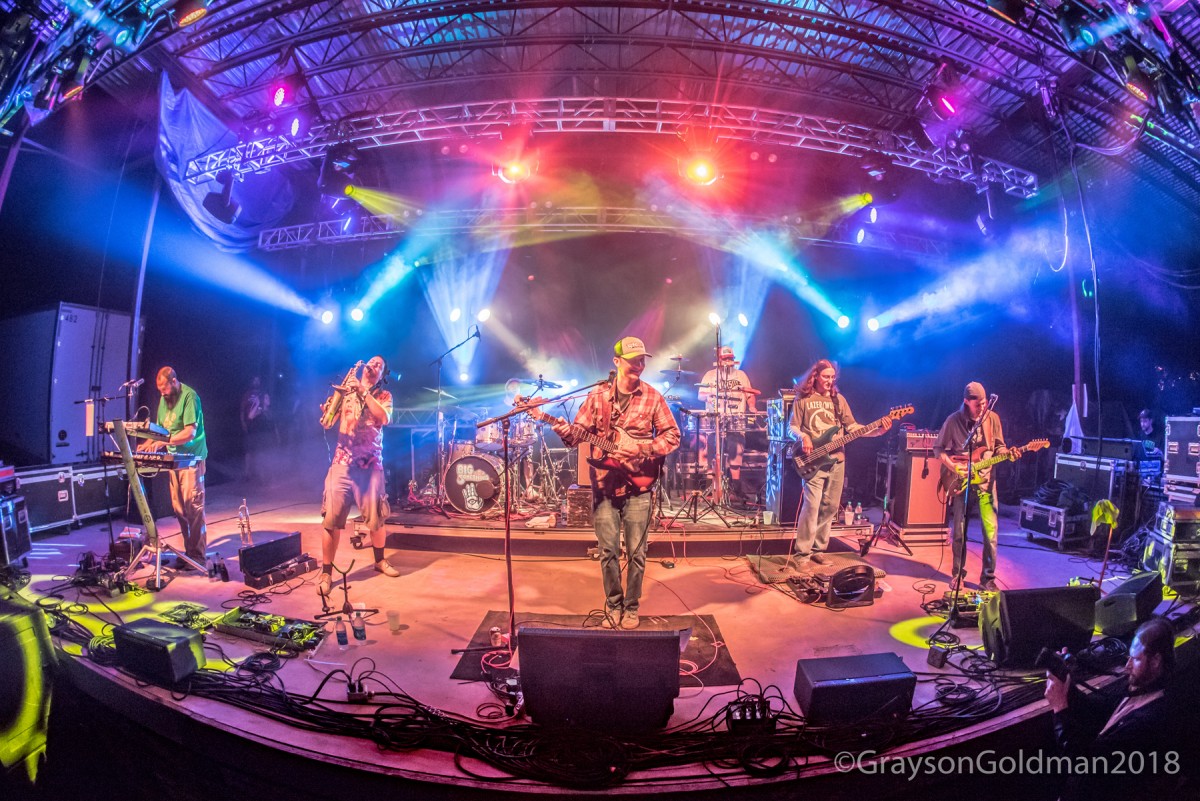