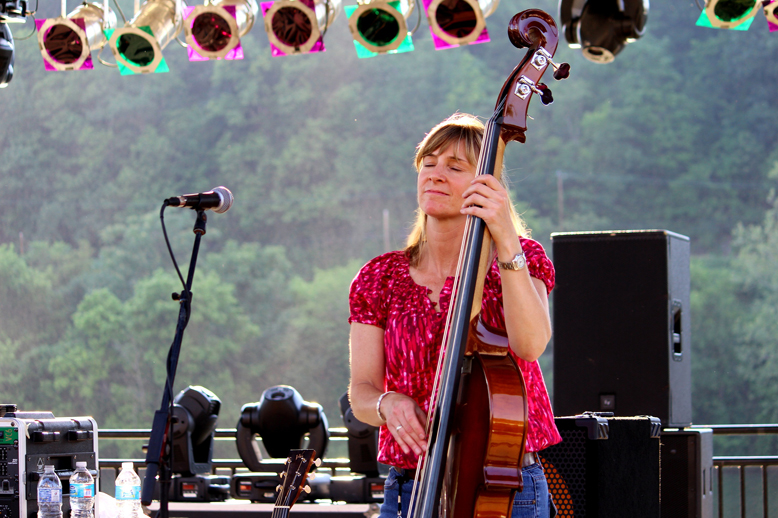 of Larry Keel and Natural Bridge

I got to sit down with Jenny Keel and share a few glasses of wine with her in the upstairs kitchen of The Old Opera House in Shepherdstown, WV, a while ago.  I felt myself an especially lucky girl, as I know many of my girl friends to be avid Jenny fans.  Larry Keel and his band inevitably get brought up often in conversation, and the girls amongst the group always chime in “I love Jenny!”  I was curious to know more about her and her life as a musician, and the conversation was more than just a little bit of girl talk.

What is it like to work with your husband?

When Larry and I met it was one of those head over heels things, just like you hear, the cliché.  We truly were just so slamming in love that we didn’t want to be apart, and everyone should feel that way when they fall in love.  Honestly, we weren’t at all prepared to do the separate job thing.  I was a teacher at the time so I had to, and he was doing pottery work and making music, though he had other jobs.  We lived far apart, and it sucked.  We hated all the travel.

What year was that?

It was 1994 when we met.  We’ve been together for a while, but we could see early on that we did not like being apart.  It was hard not only the whole having to court by distance and date by distance, but when it came down to moving in together we were like “Well, this is good,” but we didn’t even want to spend our days apart! I burned to play music and he was already a great musician, so long story short we were determined to create a career where we could work together.  You say “what’s it like to work together,” well, we were determined to work together!  That was the mission, the goal, that was good to make that happen, but of course when you’re with someone 24/7 it’s not always going to be perfect.  Even if it wasn’t 24/7 it’s not going to be perfect.  We’ve been together for so many years, we’ve figured out strategies and ways of dealing with each other’s personalities and encouraging and enhancing the best of each other’s best potential.

What’s an example of you guys balancing out each other’s personalities?

Larry has a vision for his career, and has a knack for doing business.  It’s a business.  Music is a wonderful, beautiful art, and it’s great to be a part of it and experience it.  But there’s the business side of it always, from the get-go.  He’s had a very strong sense of how to play his cards, and play his hand and hold his own.  Me being a teacher, and just always trying to be fair and learning philosophy and religion and culture, I come from a different angle of trying to always be more careful and balanced.  It’s a woman thing maybe, but it’s a natural reaction for me.  So I have a tendency to be more careful and passive, and you know, nice!  Whereas he is a lot more gutsy and brave, and basically does not take any shit.  People that would otherwise say that they’ll give us beer and pizza to play, he wouldn’t take that.  That’s what it was like in the beginning.  So in my mind, you risk burning bridges or losing connections, but in the end him standing strong early on always set the precedent of what Larry requires.  It’s always been fair, but strong and clear.  Because otherwise we’re out there driving millions of miles, staying up late nights and you can’t do that for no money if you want to survive.  Mentally and emotionally, and physically, too.  Of course there are times like benefits and charities, you know, there’s always a time for a cause, because there’s so much good stuff that comes out there and there are worthy causes out there.

I know that Larry is from Virginia, but where did you grow up?

I’m from Georgia.  Atlanta to be exact.  I went to school there, but I went to college in Virginia, so that’s how I ended up there.  My town is Lexington, where I went to college.  It’s very charming and historic, and the county around it, Rockbridge County, has a ton of beautiful, magical landscapes.  It’s rich in the heritage of bluegrass music and farming and generation and generation of people are still there from King George titled land.  I know plenty of people’s families where the people are still there, working the land or just got jobs and tend to either play music or be music lovers, and know cool, earthy, old ways and I’ve been interested in that.  So there I was all these years, deeply involved in bluegrass music and particularly old-time music community there.  There’s a commune type community there of hippies and people seeking that kind of lifestyle since the 60’s.  I think there’s still three working communes in Rockbridge County, from the 60’s.  At least one, North Mountain.  I was interested in that sort of stuff.  I joined the co-op in 1985 to eat bulk food and learn about tofu and stuff.  I like Foxfire, just learning old ways.  I actually never met Larry until he happened upon a bluegrass show that I was attending with some bluegrass player friends until 1994.  So ten years into things, nine or ten years.  Apparently he had been coming into town to visit Will Lee, the banjo player, who lived there for most of that time.  Somehow our paths never crossed!  Which is so odd in a small town and a small community of musicians.  So one fateful night I went to a Gary Ruley show and there was Will, and Larry, and Danny Nicely sitting in a booth.  My friend Leslie and I were like “Who are these cute, mountain freaks in my town, I don’t know them!”  And then they got on stage and were ripping it with Gary Ruley!  So we flirted shamelessly with them that night, then found the after party and met people so we could sneak into this party full of people we didn’t know, just so we could meet Will and Larry.  And we married them, we both did eventually.  My best friend married Will and I married Larry! So, yeah, I am equally Virginian as I am from Georgia, at this point.

What has been your favorite moment on tour so far, if there’s one particular show or festival that sticks out in your mind?

That’s hard, because that’s the blessing of this whole thing…there are so many.  I would have to think hard about that question. We’ve been asked that before and we can’t come up with an answer.

That’s the beauty of it, your best moment is always changing because there’s so many of them.  Maybe just the first moment that comes to mind, not necessarily the best?

Ok, here’s one. Being on stage at Grand Targee music festival in Alta, Wyoming.  It was a Keller and the Keels show.  And he’s wanting, and we are too, to bring other people on the stage with him, other artists on the lineup.  We try to touch base with people backstage before we go on and if they are around magical things can happen.  So that night, on comes one by one, and we watched Keller set it up and we rehearsed a little backstage, but one by one on came Danny Barnes, Drew Emmit, then Bela Fleck, then Chris Teeley, Darol Anger…it got to be where we were surrounded by these amazing stars.  One by one they came up until there came to be like 10 heroes on the stage.  We were just going on it and Larry, right in the middle of it, he was near the side of the stage near the staircase where they entered, he’s sort of in the middle of this mosh pit of magic.  That was an amazing moment.  There are millions more.  It was either The Festy or VIP Campfire Jam, where Larry stuck his guitar in the fire.  We had our own campfire and the moonshine was flowing, and I think the vibes got Larry going.  It didn’t hurt it, though.

What advice would you give to young ladies wanting to play music?

If you burn to play an instrument, whatever your musical calling is, absolutely pursue it.  Get with people and pick and play music with people.  It’s awesome to practice by yourself or take lessons or whatever, but the best thing is to get with other people who encourage it and feel what you’re feeling.  If you burn to do it, don’t stop no matter what your age, your job, or situation is, play music if you feel like you want to play music.  There’s no reason why you shouldn’t.  And instead of watching TV, or playing Xbox or whatever, you should be playing music. 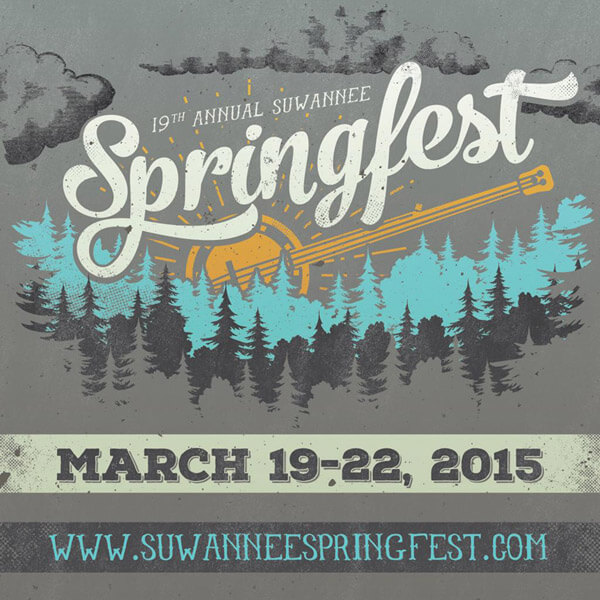 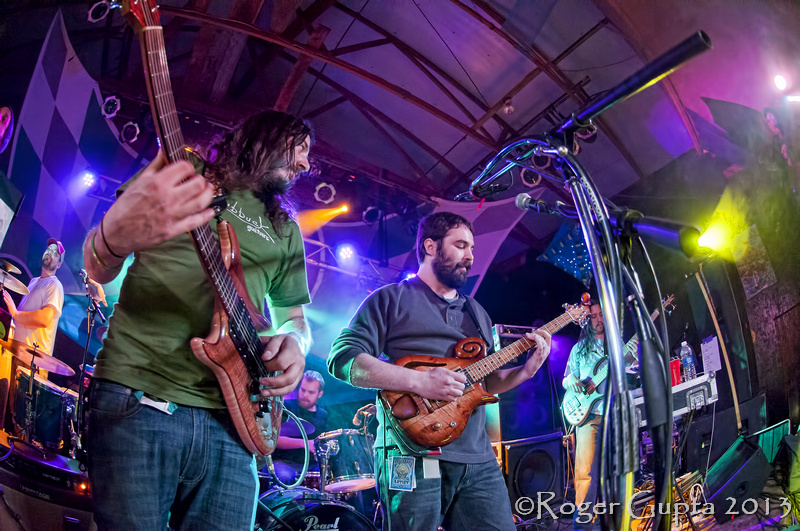 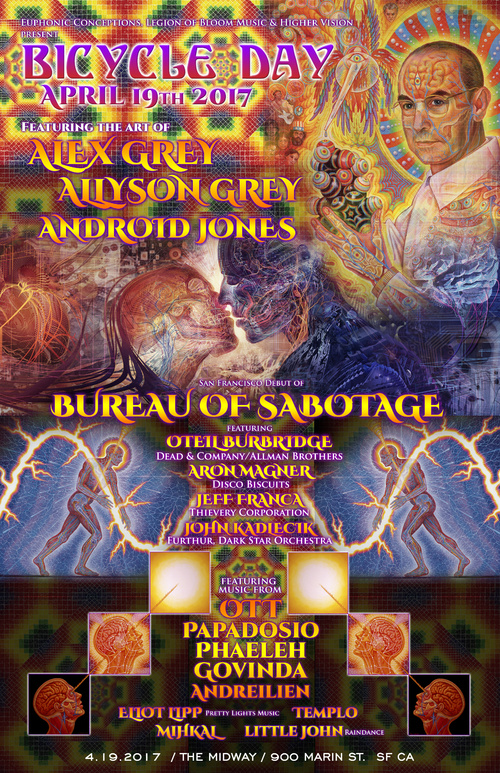