The Undeniable Emotional Impact of Music

Have you ever watched a movie to find yourself captivated by a scene, but you could not quite point out what was so mesmerizing about it? You probably fell into the trap of a great soundtrack.

Music and emotions are interconnected at profound levels. Music can capture a range of emotions and instantly make you feel joy or horror. Michelle H. Thomas kindly agreed to share her experience and expertise in the psychology of music in 21st-century media.

Serving as a Backdrop

Have you ever asked yourself why horror films are so creepy even when seemingly nothing is happening on the screen? The eerie screeching sounds are the reason many people cannot stand psychological horrors. The dissonant sounds in the soundtrack are engineered to induce fear and helplessness.

Background music does not have to be a coherent piece. These types of soundtracks usually employ sound effects that create a scene as a whole. An excellent example of an excellent effect of background music is the chill-inducing, “nothing good will happen” soundtrack by Hanz Zimmer. “The Mole” was composed for the movie “Dunkirk.”

How does music enhance a scene? An excellent background piece is atmospheric, intertwining music and emotions, and does not jump at you. Instead, it elevates the scene and makes you enjoy every last bit of it.

Movies build worlds; they make you dive into another fantasy and forget the reality you are living in. The movie needs all your senses to emerge into one massive experience. The audiovisual bubble should create something luring and fantastical. The psychology of music helps composers create those worlds and have you hooked.

Do you remember the 6th season of “Game of Thrones?” “Lights of Seven,” the exquisite soundtrack of the finale by Ramin Djawadi, left everybody with goosebumps while the destruction by wildfire took the sept. The piano melody and slightly out of tune vocals left undertones of mystery and induced the feeling that something was wrong.

There are so many larger than life movie soundtracks that pointing out every single one of them would make another article. Yet, the most memorable ones are John Williams’s Schindler’s List soundtrack, “Hedwig’s Theme” from Harry Potter, and the main title theme from Westworld. You would not mistake them with anything else. They are iconic and epic in their own ways.

Great soundtracks create experiences not only in movies but also in video games, slot games, and other media. You can find excellent soundtracks in a number of free slots Canada. The sound effects are definitive, set up the desired atmosphere, and make you wait for more from the game.

Music in movies and other media can get strongly attached to a character, a scene, or a place. For example, imagine you are watching Star Wars, and you hear the breathing and those first few notes of the Darth Vader theme. What do you anticipate? What emotions do you have?

Here is another one: which piece comes to mind when you think about Jack Sparrow – sorry – Captain Jack Sparrow standing on the mast of the sinking Black Pearl? It is unmistakable, and you might not even know the name of the theme song from The Pirates of the Caribbean. Yet, “He’s a Pirate” is the song you hear inside your mind.

Another movie soundtrack staple is Titanic’s “My Heart Will Go On.” It will be forever linked with Jack and Rose’s sad and romantic story, as well as the demise of the great liner and its passengers.

Although our world is predominantly visual, audio is there to assist and enhance our perception of it. The effect of background music is undeniable in movies and other media. How does music enhance the visuals? The answer to this question might cause different connections and associations for each of us. What is YOUR answer to that question? 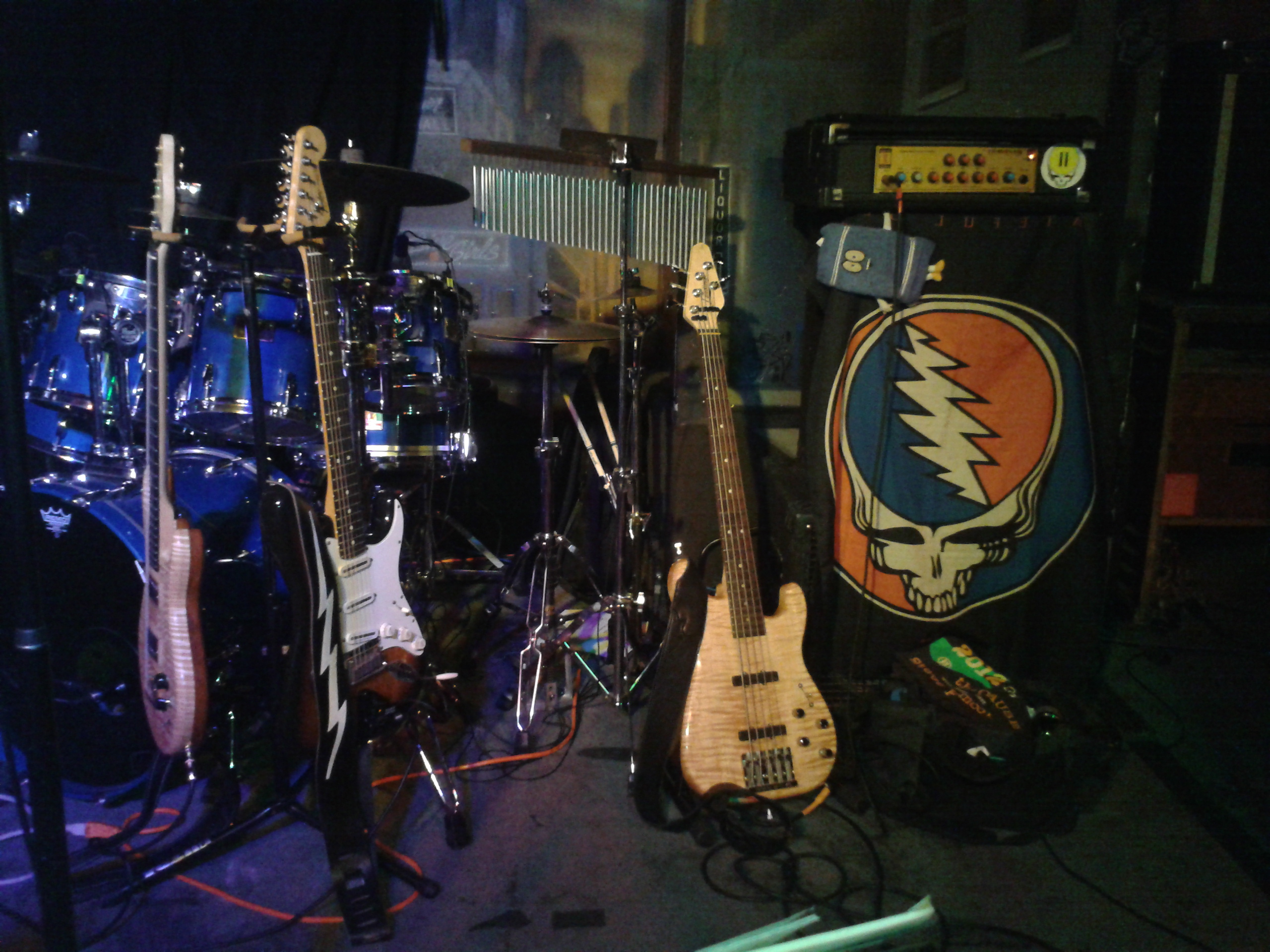 theCAUSE 5/4/13 at the Thunderbird Cafe in Pittsburgh, PA