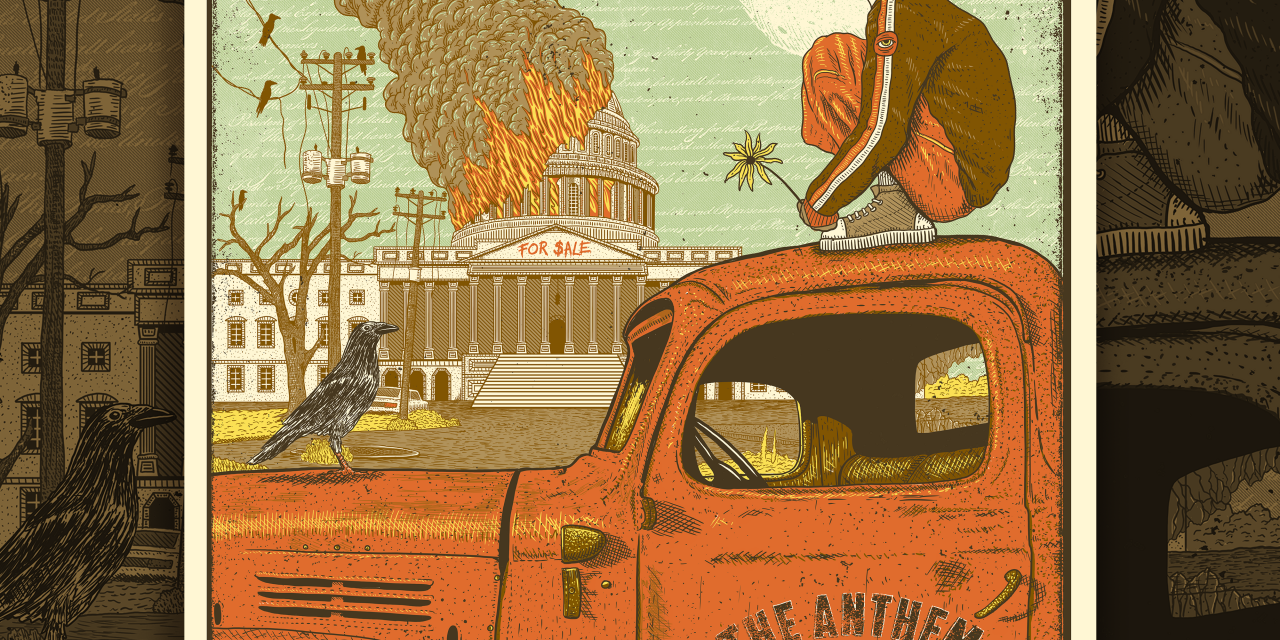 It’s hard to believe that it was about five years ago when we last interviewed artist Owen Murphy – back when we were still Appalachian Jamwich! Owen was already busy then, designing consistently for bands like BIG Something, Twiddle, and The Werk Out, so it was an honor to have him design a magazine cover for us (see below). Since then his design studio has grown to include work from other designers, and he personally has created poster art for bands like Dead & Company and Widespread Panic, which is pretty much the pinnacle of the jam scene no matter who you ask! Though these works are defining moments in his career, he still loves making art for his homies Pigeons Playing Ping Pong and attending music for pleasure – particularly 4848 Festival in Snowshoe, WV. Read our interview to get to know a little bit about this artist and peruse some of his best works.

We interviewed you in 2015 – I can’t believe it’s been 5 years already.  A lot has gone on since then, but for people who didn’t read our first interview, let’s start at the beginning.

You grew up in Ocean City, NJ, with a family that loved music and art.  How did growing up in a beach town shape who you are now?
Whenever I’m at the beach I’m usually in my best mindset. I grew up playing sports all year round but surfing has had the greatest impact on me by far. For one the art and culture of beach towns and surfing is full of incredible imagery and styles. It has also introduced me to a lot of amazing music.  The act of surfing where you are riding a fluid state of pure energy is exercise on every layer of my being. I can see myself living close to the beach again. Hopefully sooner rather than later.

Where do you currently live and what do you like about your current home?  How has your current home shaped who you are now?
Currently I’m living outside Baltimore city. My wife and I bought an acre with an old farmhouse that her dad is helping us renovate. I have an actual office now. Eventually I would like a full studio but that will come in time. During our last interview I was living in Baltimore city. Being in the county has allowed me more focus and discipline  towards my work. There is much less distraction.

You said you went to a lot of concerts with your parents including Bruce Springsteen and Allman Brothers.  Can you pinpoint a concert that got you hooked on the jam scene in particular? What was your first festival and what was that like?
All Good 2010 was my first festival and real exposure to the jam scene where I was able to take it all in. It was overwhelming and an immediate addiction. I designed a lot t-shirt and my buddy and I screen printed 175 of them at the print shop we were working at. We sold out of all but like….5 mediums.

Who is your favorite band currently?  What was your favorite event you attended in the past year?
Favorite band is a hard question but to name a few, Grateful Dead for sure. Tycho, Little Feat, Allman Brothers, Cris Jacobs, Billy Strings, the Wood Brothers, Nathaniel Rateliff, Greensky, King Gizzard.

Favorite event will have to be 4848 festival. The All Good team really smacked a grand slam on that one.

You took a class called “Art with Computers” that inspired you to pursue art as a major and transfer to Salisbury University.  What was it about this class and digital art that inspired you and continues to inspire you?
With that class, my teacher gave me positive reinforcement and at that time in my life, that was something that was very much needed. It lit the spark of passion again. I found something I was good at, that had potential for a career and I enjoyed it. That is a winning equation as far I can tell.

What was the first poster you created and how did that come about?  (Did you ask the band if you could make a poster for them, or did they ask you, etc)  What do you think about this poster now when you look back on it?
Funky Friday with Pimps and Pigeons at The 8×10 on 4/1/11. My friend asked to do a poster to promote her birthday party she was throwing. Pigeons Playing Ping Pong were opening for the Pimps of Joytime. Its the most important piece of artwork I’ve ever done. My life as I know it, began that night.

Can you please tell us a little bit about your process from the point of inspiration to execution to finished product?
Usually I start by making doodles in my sketchbooks of little thumbnail concepts. I might draw it once or 3 different ways. Or I might doodle nonsensical things all over a page. I’ll go back and pick ones out if I see them fit. There might be times where a client asks me to do something and I know immediately what it’ll be. From there I’ll put together a collage of reference photos based off my thumbnails and do a rough contour sketch to get proportions right and make sure the composition is looking the way I want.  From there I’ll reduce the opacity of the contour sketch and draw the key lines, then color. Everything past the doodles are done on my Wacom Cintiq.

How has your work process and/or overall vision as an artist evolved since we last talked?
The process hasn’t changed much but I’ve gotten more detailed.

Since 2015, what are some bands/events that you’ve worked with that you are proud of?  How do you get introduced to these bands and start working with them?
I could name several but in 2019 I got to do a Dead & Company print for their Camden show which is where I grew up going to big shows.  That led to getting their Madison Square Garden gig. I still can’t believe that happened. I was introduced to them through a friend who knows someone in their camp. I’m very excited to see what is to come this year from that.

What is your favorite piece of work since we last talked (from 2015-2020)?  Who is your favorite band to work with?
I’m not sure I have a favorite. I do love working with the Pigeons since we’re homies and still continue to grow together.

What do you think has been your most monumental or career defining piece so far?
Definitely Dead & Company at MSG. Its the single most influential band of my life at the most famous venue in the world. On top of that my print was hanging next to AJ Masthay’s print for the same gig. He’s a big influence on me as an artist and has given me some great advice in the past.

Do you still do all of your design under One Drop Design Studios? How has One Drop evolved since we last talked?
I do still do everything under that name. There are some plans for expansion that I’m not quite ready to talk about since the details are being ironed out still.

What’s an awesome project that you are working on currently or about to release?
I’m always working on something new every few days and releasing new things on a weekly basis.

Who is a band or an event that you would dream of working with?
Pearl Jam, Foo Fighters, Phish, King Gizzard and the Lizard Wizard.

Do you ever create art or practice creativity in other ways just for fun?
Yes. I’m going to be collaborating with my buddy who is a glass blower. I plan on doing some painting and when I get room I’d like to get back into making ceramic sculptures.

What’s a medium that you would love to learn or try?
I’m buying a dremel to engrave glass. So we’ll see how that goes.

What advice do you have for other artists who would like to do graphic design and/or poster art?
Anyone can be a graphic designer. If you want to excel in your field you need to give it your undivided attention and go all-in. Work hard and never quit. Learn how to take criticism when its reasonable.  Figure out how you can get better every time. Become obsessed. Nerds are awesome. 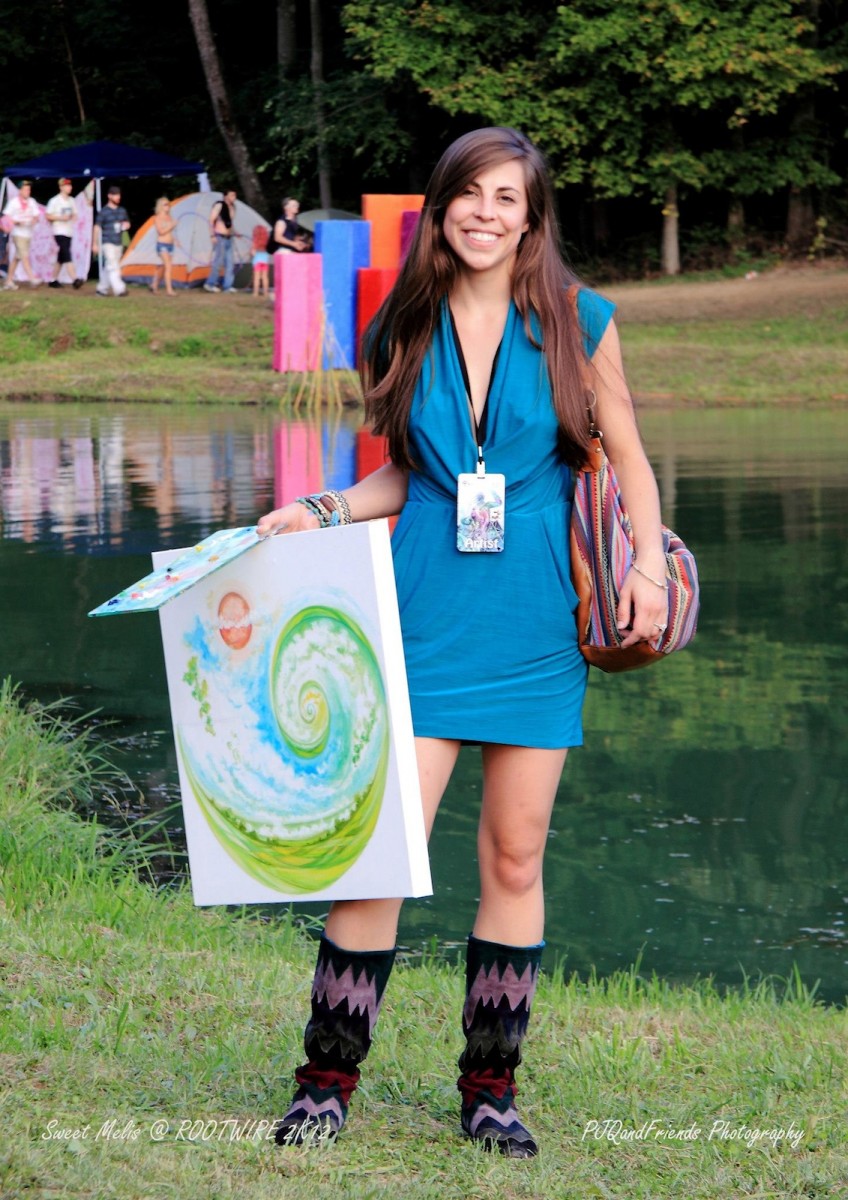 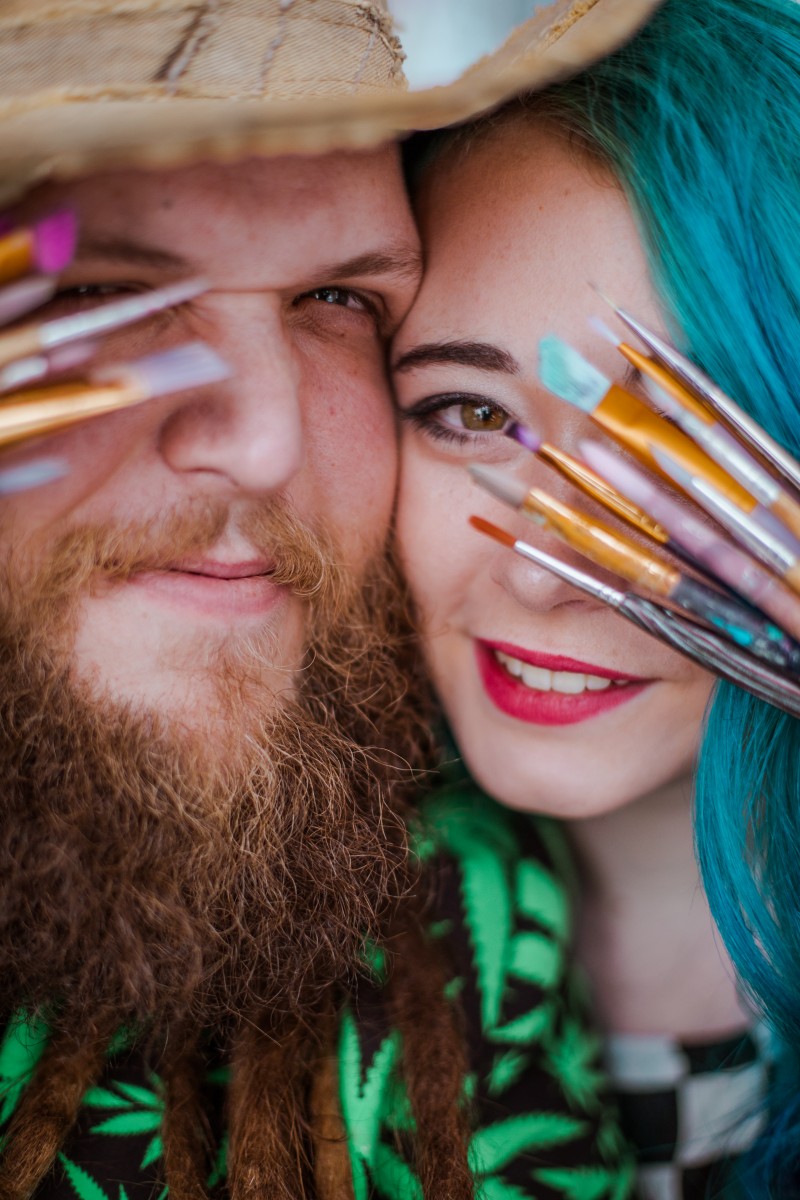 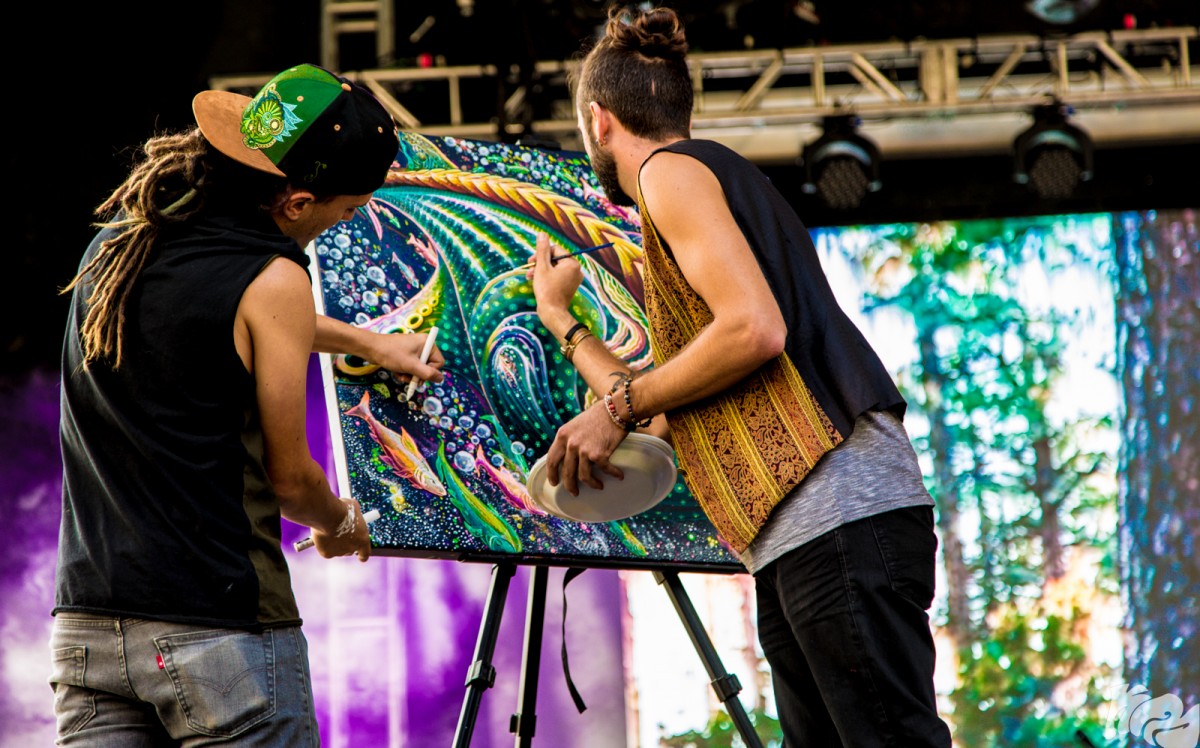 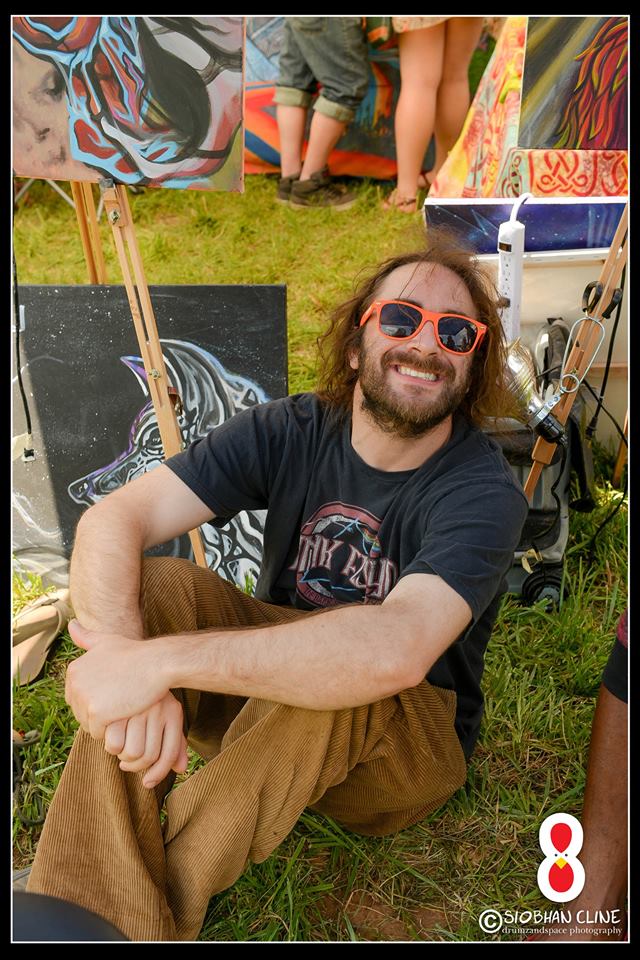