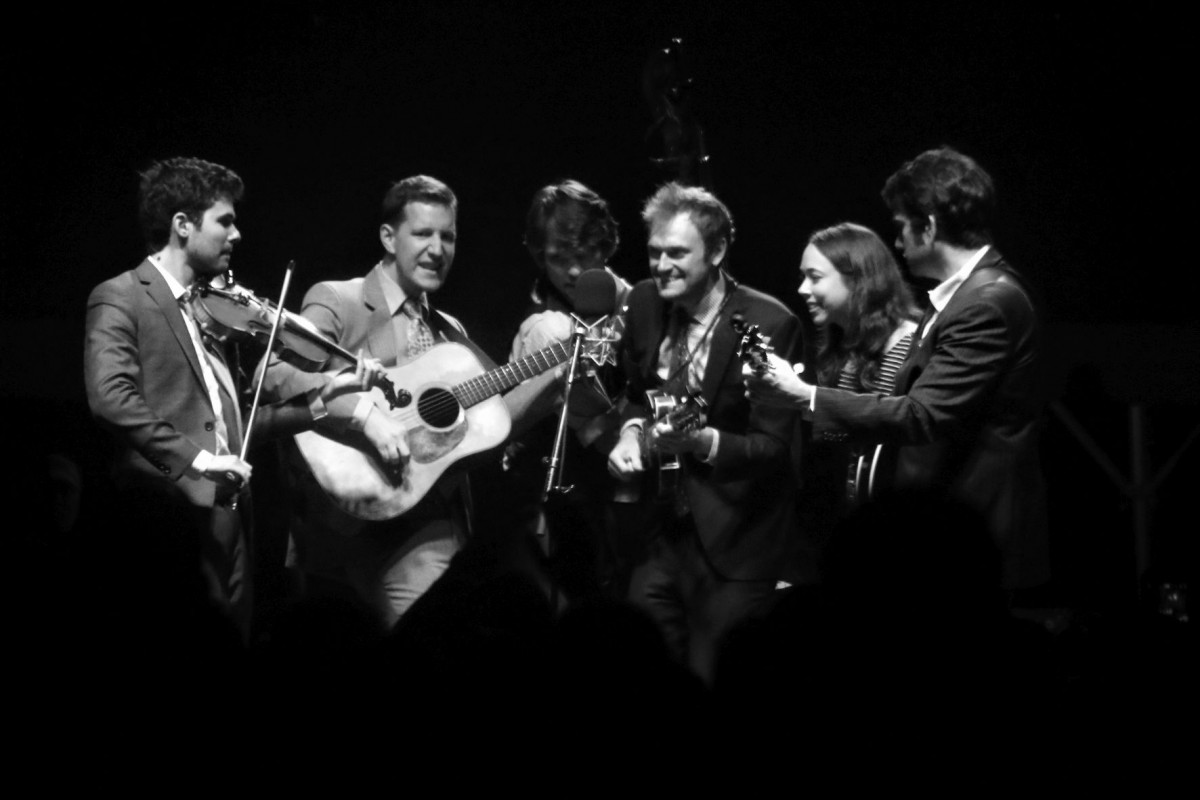 A ROMP in Kentucky Well Worth It

This was my 3rd time attending the ROMP Music Festival in Owensboro, Kentucky. In its 14th year, ROMP keeps getting bigger & better. In order to get a good campsite I arrived Wednesday morning shortly after the gates opened. It seemed like everyone else had the same idea as me because it seemed to fill in around me pretty quickly. There was no music on the Main Stage Wednesday, but the After Party Stage had 2 bands performing to entertain the early arriving audience. Kelsey Waldon from Nashville kicked things off with a set of country twanging songs that reminded me of Patsy Cline & Tammy Wynette. Following her was Driftwood, a folk/rock/americana band out of Binghamton, NY. Their rootsy sound draws from many different styles of music to create a unique sound utilizing only bluegrass instruments as a way of performing their songs. Thursday was forecasting rain so I decided to take advantage of a free shuttle service to take a trip downtown to tour the International Bluegrass Museum and the O.Z. Tyler Distillery. There is a new Bluegrass Museum being built that will open next year but in the meantime, touring the current museum was fascinating and I got to see a lot of interesting artifacts & displays. Touring the O.Z. Tyler Distillery was also very interesting and included a bourbon tasting at the end. It rained the whole time while I was downtown but stopped just in time for my return to ROMP, where it had gotten a little swampy from the 2-3 inches of rain that came down. Because of the rain, the music schedule was running about an hour behind but finally began with Michael Cleveland & Flamekeeper and was followed by Dailey & Vincent. Peter Rowan was up next with a full band including mandolinist Chris Henry. I’m always impressed by his versatility as a performer and how he constantly reinvents himself as a solo artist and with a full band. Midnight Moonlight was a favorite of mine that he played. Rhiannon Giddens, formerly of the Carolina Chocolate Drops, showed off her vocal & fiddling skills as she took everyone on a journey back in time with old time fiddle tunes & traditional music, as well as singing songs composed from Bob Dylan lyrics. Los Lobos then finished out the Main Stage with a set of their Latin infused rock songs. A lot of people just remember them for “La Bamba” but Los Lobos has written many great songs as well as covering songs like the Grateful Dead’s “Bertha”. When they were finished, everyone headed up to the After Party Stage for late night fun. The Hogslop String Band were up first and were followed by The Wooks. The Wooks definitely showed why they won last year’s Rockygrass Band Competition with their spot on instrumentation and harmonizing vocals. Friday’s rain definitely cooled things down on Saturday and it started raining again around 10am. The Main Stage didn’t kick things off until 2pm, so armed with an umbrella I headed up to the Workshop Stage to catch the fiddle & guitar workshops. Jesse Wells of The Wooks was one of 3 fiddlers sharing their techniques & tips. Then CJ Cain of The Wooks & Billy Strings did a guitar workshop answering questions and sharing tips as well. My feet were getting sore from wearing rain boots in the swampy landscape that I decided to take them off & just go barefoot. High Fidelity was up first on the Main Stage. They were followed by another great performance by the Wooks & We Banjo 3, an Irish folky bluegrass band out of Galway, Ireland. The Jerry Douglas Band was up next and surprised a lot of people in the crowd and delivered a set that leaned predominantly to jazz instead of bluegrass. The Punch Brothers then followed with another rousing yet subtle set of their classical/bluegrass blend of songs. Alex Hargreaves substituted for violinist Gabe Witcher and Sarah Jarosz joined in on many of the harmonies and sang a couple of her own songs as well. I’m always amazed at how great each member of the Punch Brothers are on their individual instruments and how well they compliment each other when they masterfully mix their sounds together. Yonder Mountain String Band was the final act on the Main Stage. Their new CD “Love. Ain’t Love” had been released earlier in the day and they played a few songs from it but it was “All Aboard> New Dusty Miller > All Aboard that kicked things into high gear and it never slowed down till set’s end. I’ve seen almost 50 Yonder shows and that set ranks among the best. Still barefoot, I headed up to the After Party Stage for the late night music. The Dustbowl Revival, an 8 piece band out of Venice California, they lit the late night stage up with their high energy set. The combination of horns, strings, drums & 2-part harmonies created a sound that was sort of New Orleans but incorporating many other styles. My highlight was when they covered Supertramp’s “Breakfast In America”. Billy Strings was next and immediately kicked things into high gear. It got a little moshy in front of the stage and Billy commented that people shouldn’t be moshing to bluegrass. At one point, a few people in the crowd got a little too frenzied & crazy, so Billy stopped playing mid-song, stepped back and waited for them to calm down. Once they did, he restarted the song and continued the show. I thought that was a mature & classy way to handle the situation. After he finished, I walked back to camp, washed the mud off my feet & went to bed. I awoke Saturday and it looked like it was going to be a beautiful day. The rain had gone and everything was drying back up. The Kentucky Bluegrass Allstars and the Snyder Family Band were the first 2 acts on the Main Stage. The Allstars are youths of various ages showcasing what they’ve learned through the bluegrass music programs in the local schools. Lindsay Lou & the Flatbellys, out of Michigan, then offered their blend of bluegrass & acoustic music. It was almost as much fun to watch dobro player Mark Lavengood’s animated facial expressions as it was to listen to Liindsay Lou’s beautiful voice. Becky Buller followed with a great set featuring Becky on fiddle & vocals and Ned Luberecki on banjo. I took a little break but made it back in time for Pokey Lafarge. His unique style reminded me a lot like Cab Calloway and music from the early 1900’s but with an updated rhythm had seemed to appeal to all ages. The Steeldrivers then followed with an uptempo set that highlighted their instrumental prowess and exceptional vocal skills. Up next was the Nitty Gritty Dirt Band. Celebrating 50 years as a band, they took the audience down a nostalgic trip of their hits that was highlighted by “Mr. Bojangles” & “Will The Circle Be Unbroken”. I was amazed at how energetic & spry they were onstage and the crowd fed off that energy throughout their set. Finally, it was time for Keller William’s Grateful Grass. Led by Keller Williams primarily on mandolin, he was joined by Danny Barnes on banjo, Andy Falco on guitar, Ben Kaufmann on bass & the always energetic Allie Kral on fiddle. They led the crowd through bluegrass renditions on Grateful Dead songs and had everyone singing along to all the songs. It was a great way to close out the Main stage for the festival. Scythian played late night but I was exhausted and went to bed. ROMP was once again a festival that had something for everyone. There was plenty of awesome music, workshops for up & coming musicians, kids activities including a mini splash area and so many friends to hang with both new & old. I felt comfortable going barefoot thanks to the pristine park where ROMP is held. This was my 3rd year attending and every year when I leave, I can’t wait to come back the next year. Thanks ROMP! 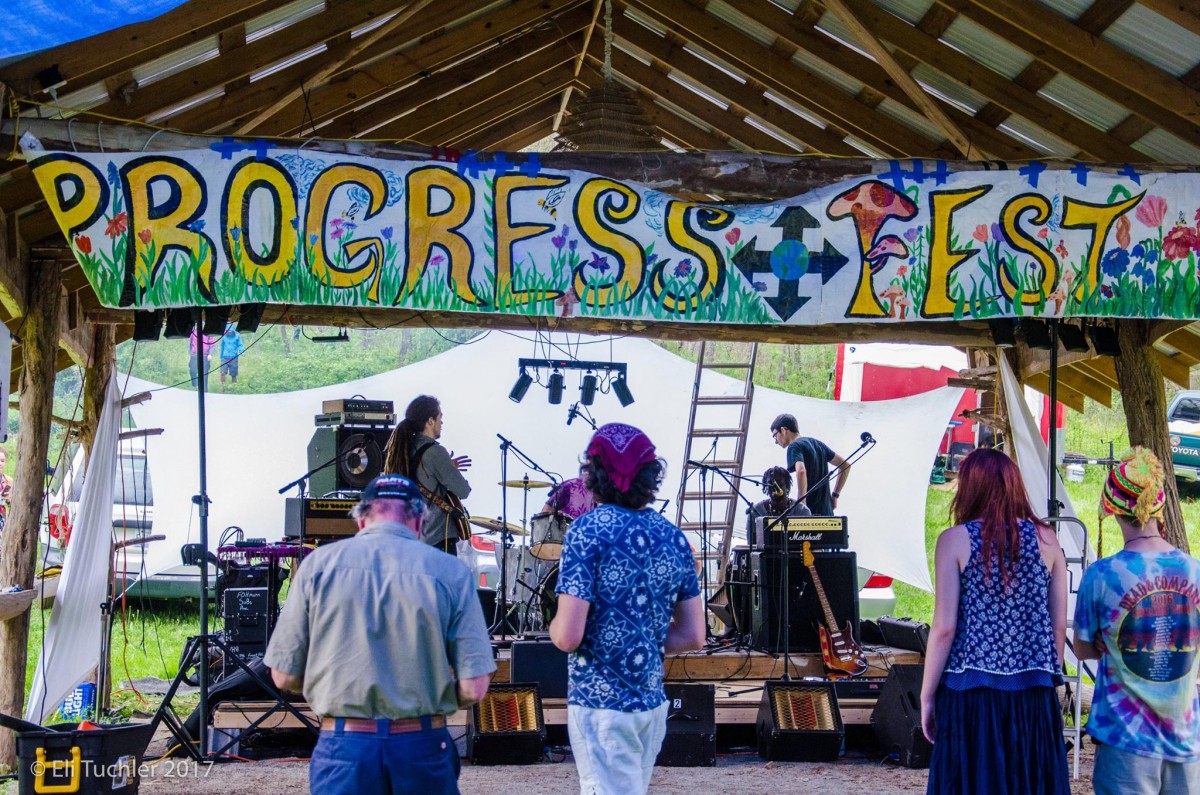 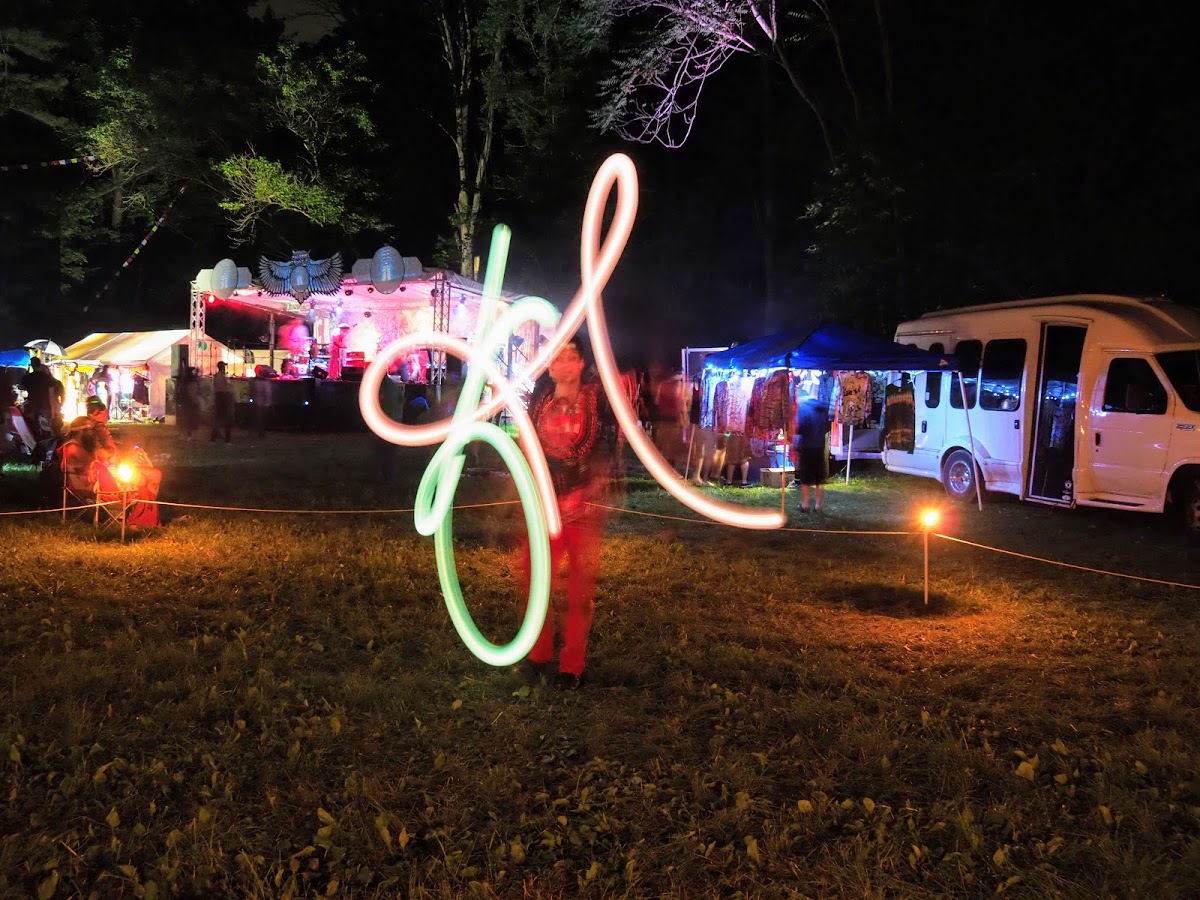 Festival Review: Counting my Blessings at The Blesstival: Bless the Woods 7 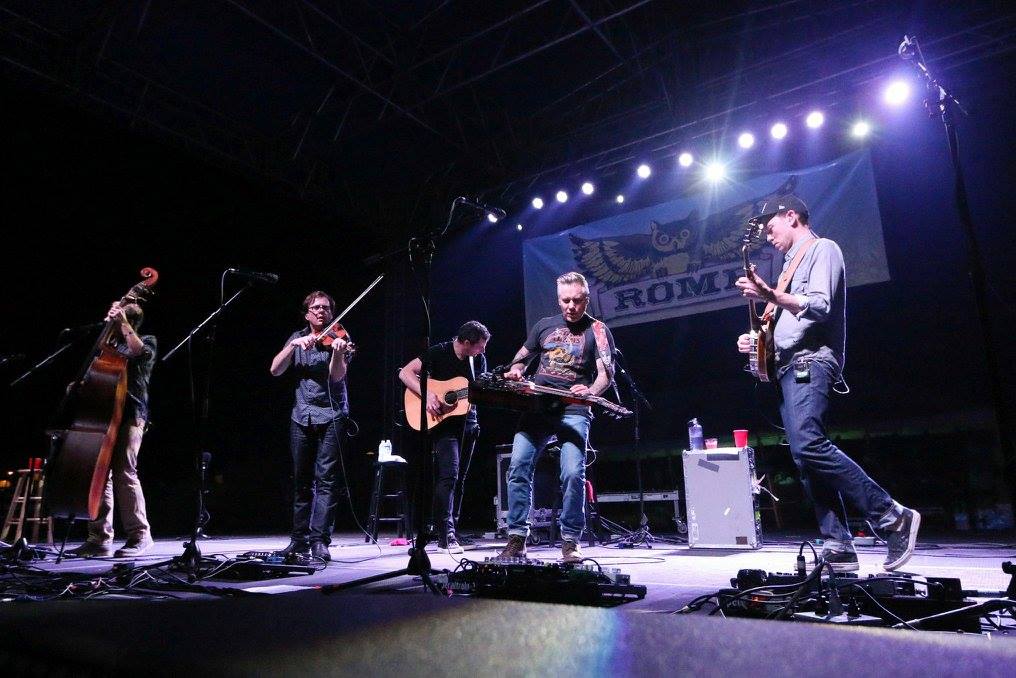 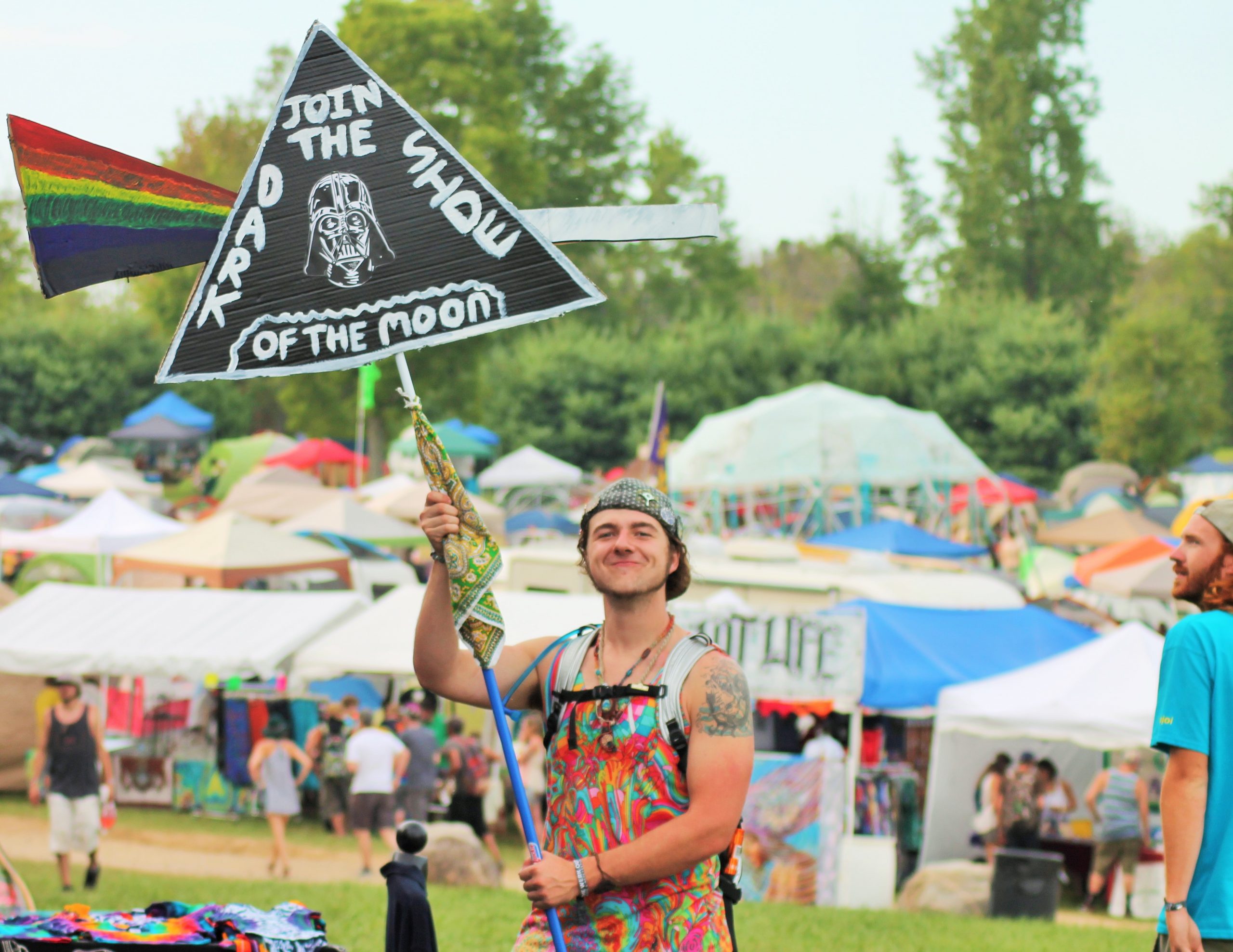