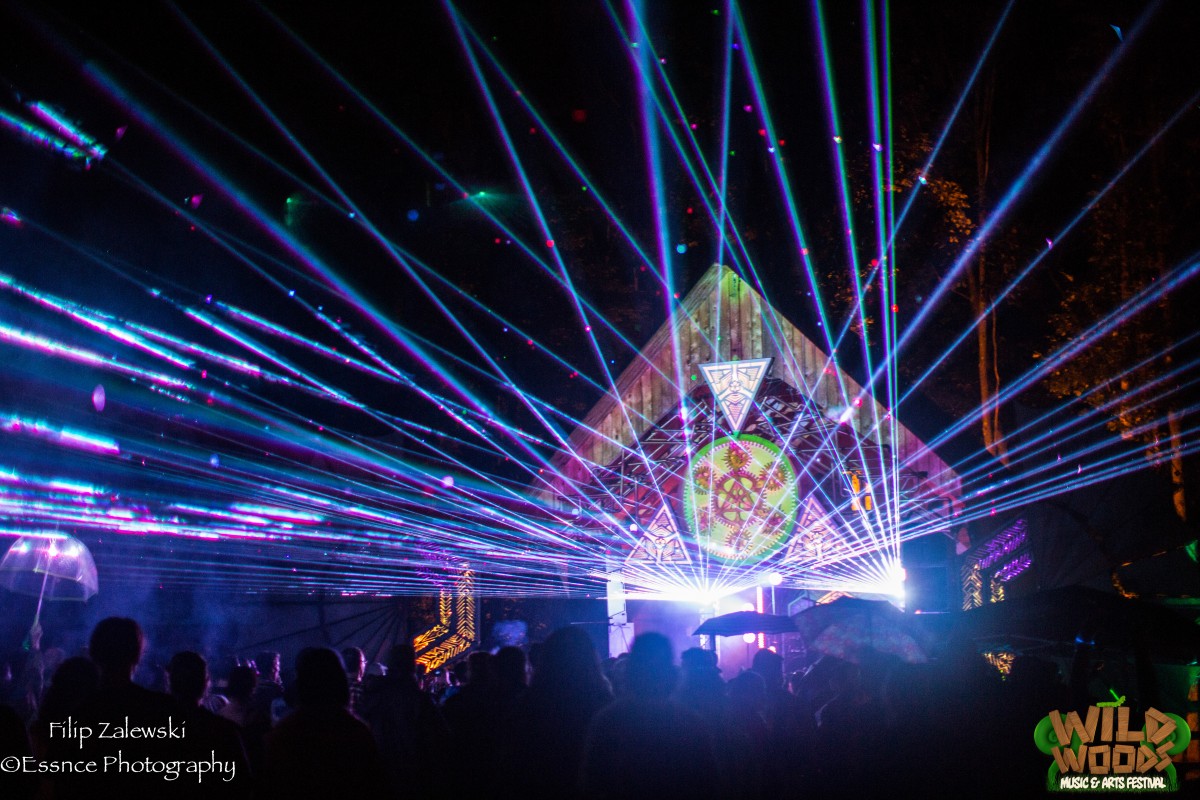 It started with free maple donuts and a forest illuminated by “fireflies”. Entering Page Farm Thursday night as artists, vendors, and coordinators were busy finishing up last minute details for the weekend, you couldn’t help but feel the excitement and positive energy in the air. Shakedown street was already in full swing, the Grateful Dead echoing through the dusty dirt path that would soon be full of patrons walking to and from “home” for the weekend. Page Farm has been home to Wild Woods Music and Arts Festival for the last four years now. Located in the tiny town of Croyden, New Hampshire, festival goers can expect to receive an intimate yet spacious setting that has a little something for everyone. Jazz,funk,reggae,jam bands,and even some psychedelic dub all have their place at Wild Woods, as well as some of the best artists and deco coordinators that the East Coast has to offer.

The sun was shining as attendees started trickling onto the grounds. By 12pm hoopers were already finding their spot in the sun as Papadosio could be heard doing their soundcheck on the main stage. I was able to sit down and chat with the “space rock” group comprised of Mike, Sam, Rob, Anthony, and Billy. 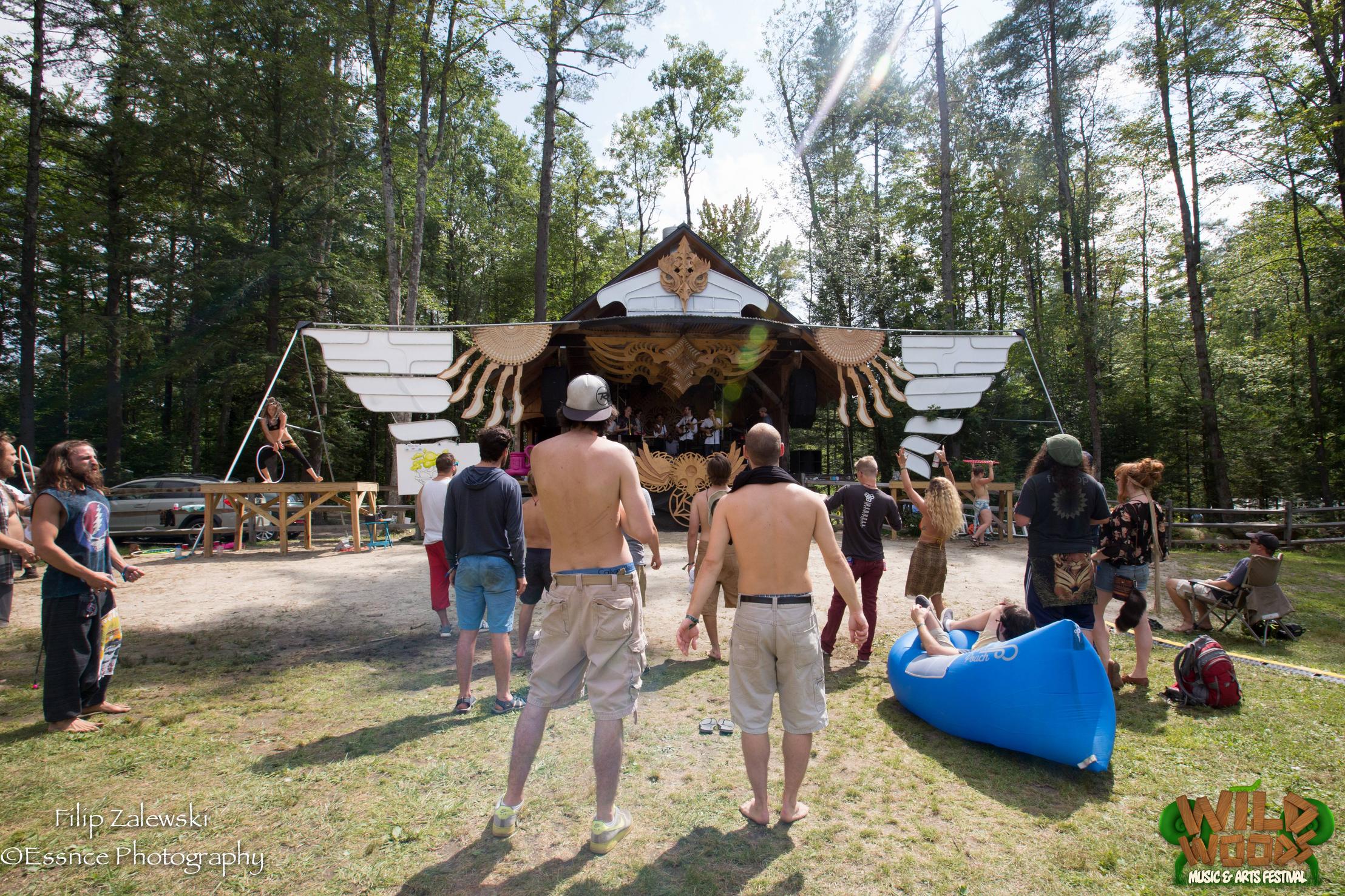 It was the North Carolina based band’s first time playing in New Hampshire despite having traveled up and down the East Coast throughout the last decade. We talked about how smaller festivals like Wild Woods can create a more inclusive experience for the attendees and that despite the band’s current busy summer schedule they’re usually easier to chill at as well. At times doing multiple festivals a weekend they find that they’re able to experiment more musically with a smaller crowd and while every set is different in its own right they like to think about what they’d want to hear if they were the listeners, always striving for a fresh approach to a song they haven’t played in a while. Stating that ultimately, “There’s nothing else to do but your best every night”.

After some amazing sets from performers like Kung Fu and Brightside, Papadosio’s set came and went far too quickly. Juicy,jazzy,jamming beats could be heard throughout Page Farm. As I looked across the crowd I don’t think I saw a single person that wasn’t smiling and dancing. 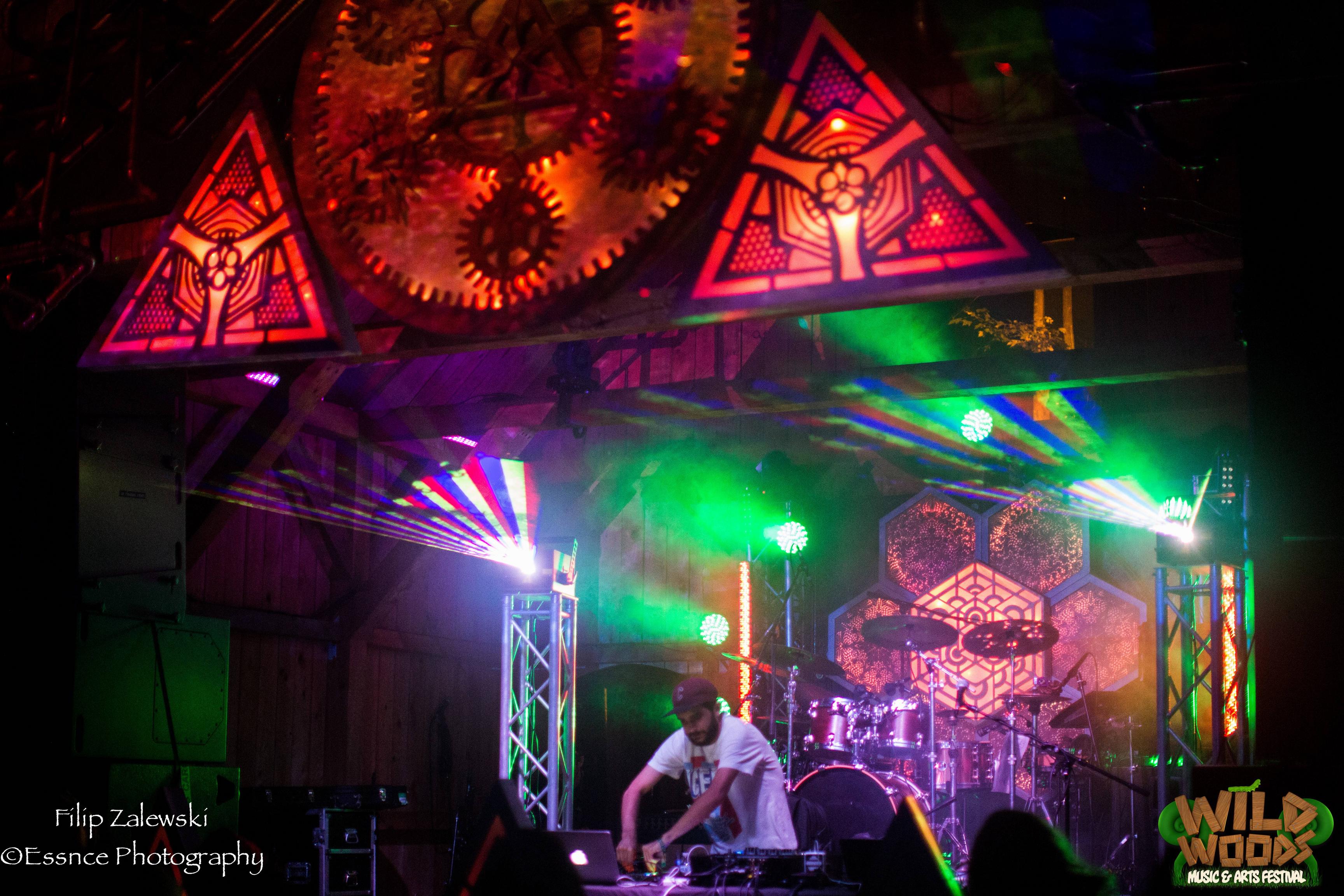 Waking up to the giggles from neighboring campers fueled off of too little sleep and too much anticipation for the day of music to come, Saturday started off with Bloody Marys and a stroll down shakedown street. Salisbury Sugar Works, based out of Salisbury, New Hampshire was giving out free samples of their freshly made maple donuts. As Amulus played in the background I walked through the Artist Gallery.

One of the biggest things that stood out to me at this festival was how big of a presence the artists had. Constructed out of wood taken from a storm that had hit the property a couple years prior, the gallery was a beautiful and welcoming barn space, located directly to the left of the main stage.

Wild Woods held true to their title making this event not only about music but the arts as well. Graffiti artist and painter Cavan Koebel of Raw Deviations was live painting psychedelia infused murals and visual artist Alexia Velez could be found painting a swanky music scene on a drum head throughout the weekend. Both the What Collective and the Reliquarium provided deco and installations that provided an inspiring and artistically appealing space for all. 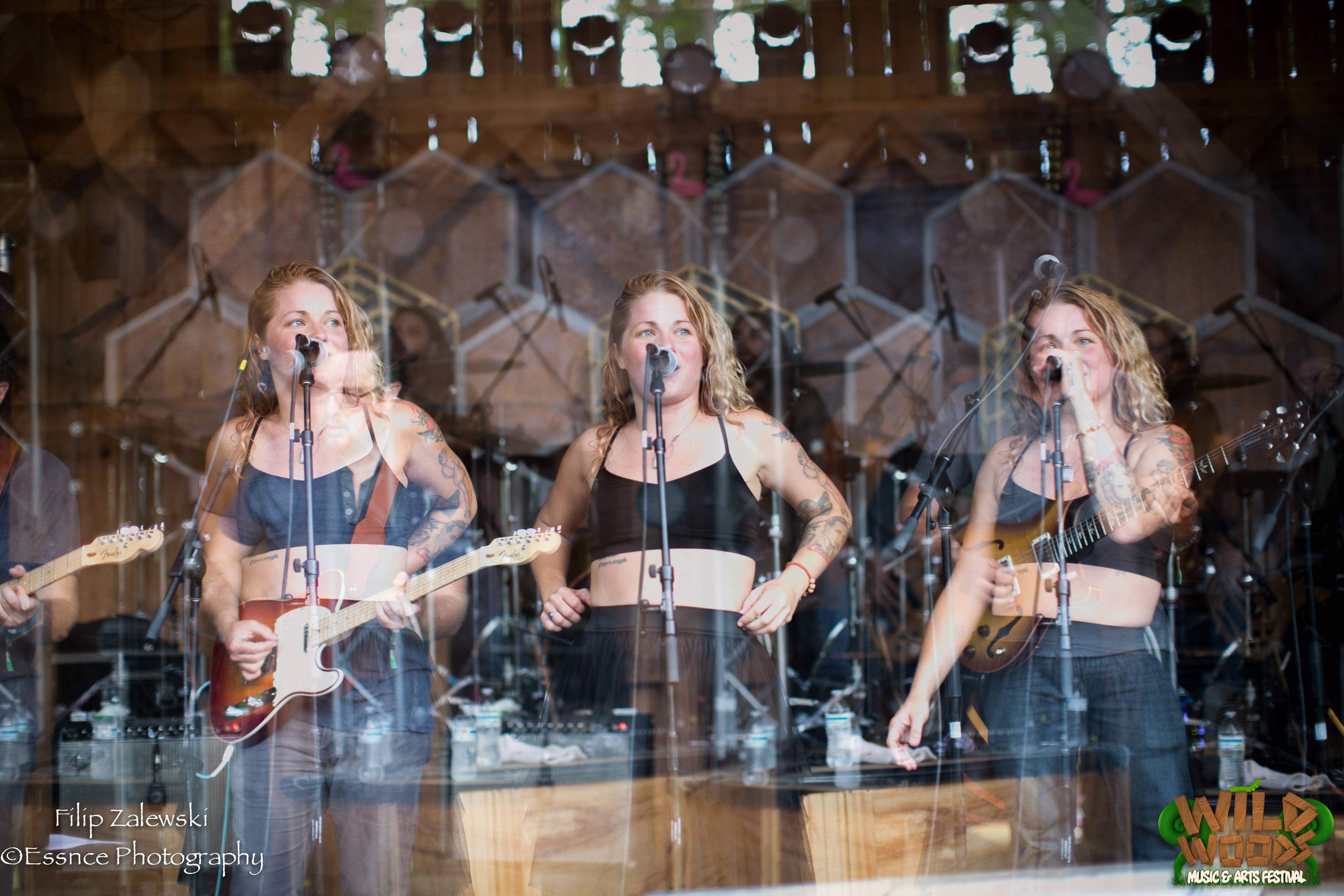 It was a packed day of music, and Harsh Armadillo and Hayley Jane and the Primates both put on fantastic funk/jam sets. Both female lead, these women know how to get down. Hayley Jane sang out to the crowd “What a lovely bunch of creatures who can run around and dance if they want.” And dance they did. More than one person could be seen taking a seat alongside friends only to get right back up again.

Jennifer Jones gave a beginners workshop to wire wrapping in the art gallery. Her jewelry ranging from necklaces,bracelets,and earrings are all unique and originally crafted with all the crystal love and energy one could handle. 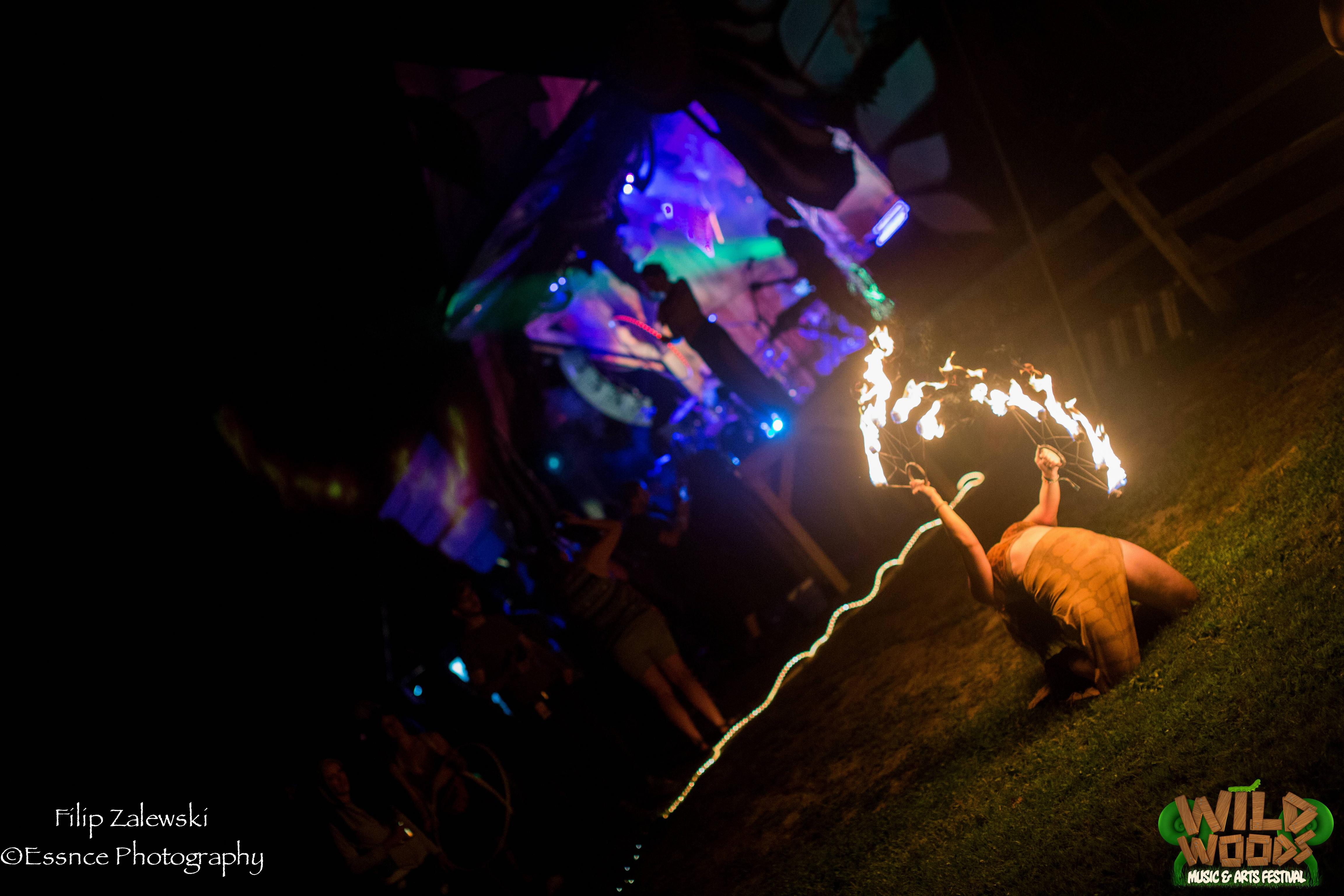 Cabinet closed out the main stage for the weekend while Tim Palmieri’s acoustic set softly echoed into the early hours of Monday morning, carrying tired legs back to their campsites for a few hours of sleep before having to start the break down and journey home.

I’ve found that music,laughter,and communication can be some of the best remedies for the soul. Especially at a time when the world around us can seem like it’s unraveling it’s pretty amazing to be able to bring together a bunch of strangers from across the country and have them share a space for the weekend, showing us that through music and art we can all find something we can connect to.There’s really not many other experiences quite like it and Wild Woods Music and Arts Festival has managed to create and provide a space that does just that.

Leaving the grounds I passed an old RV bug with a cardboard sign on the dash that said, “I believe in the good things coming.” and I must say that after Wild Woods I really do. 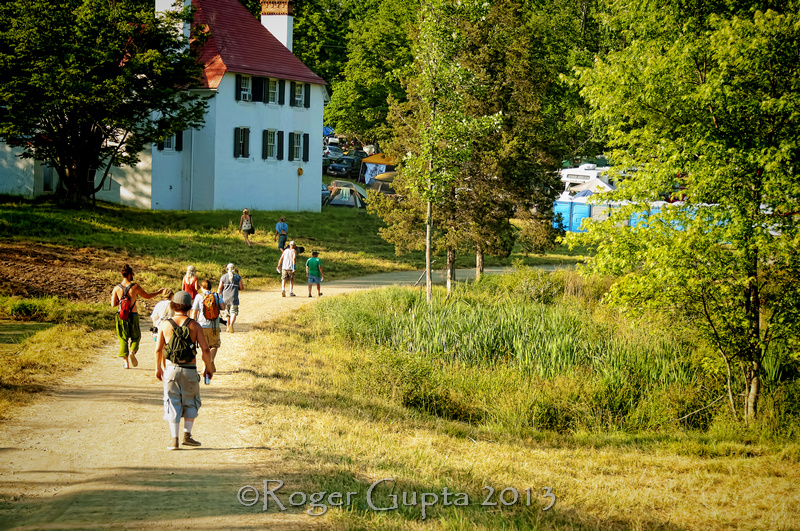 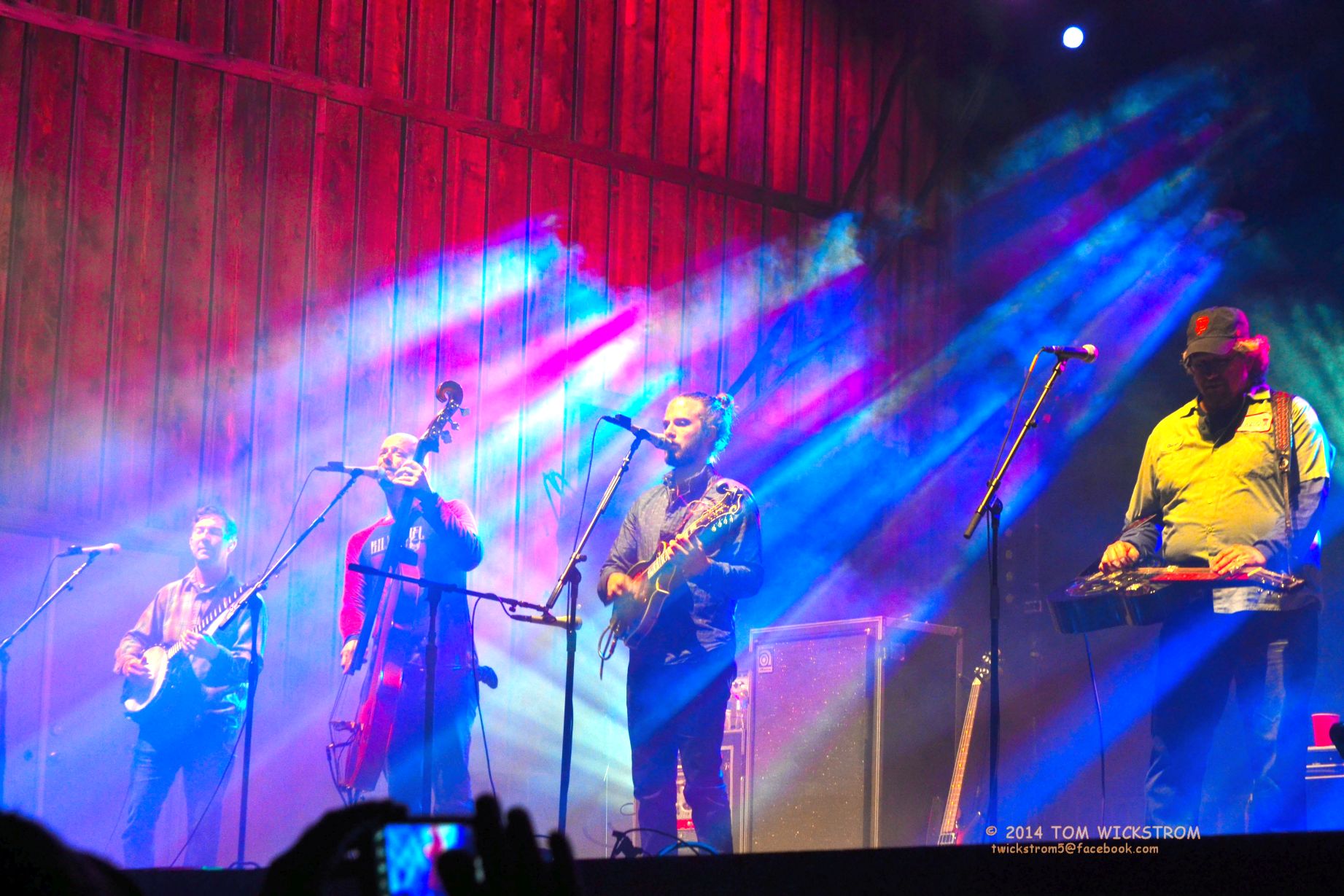 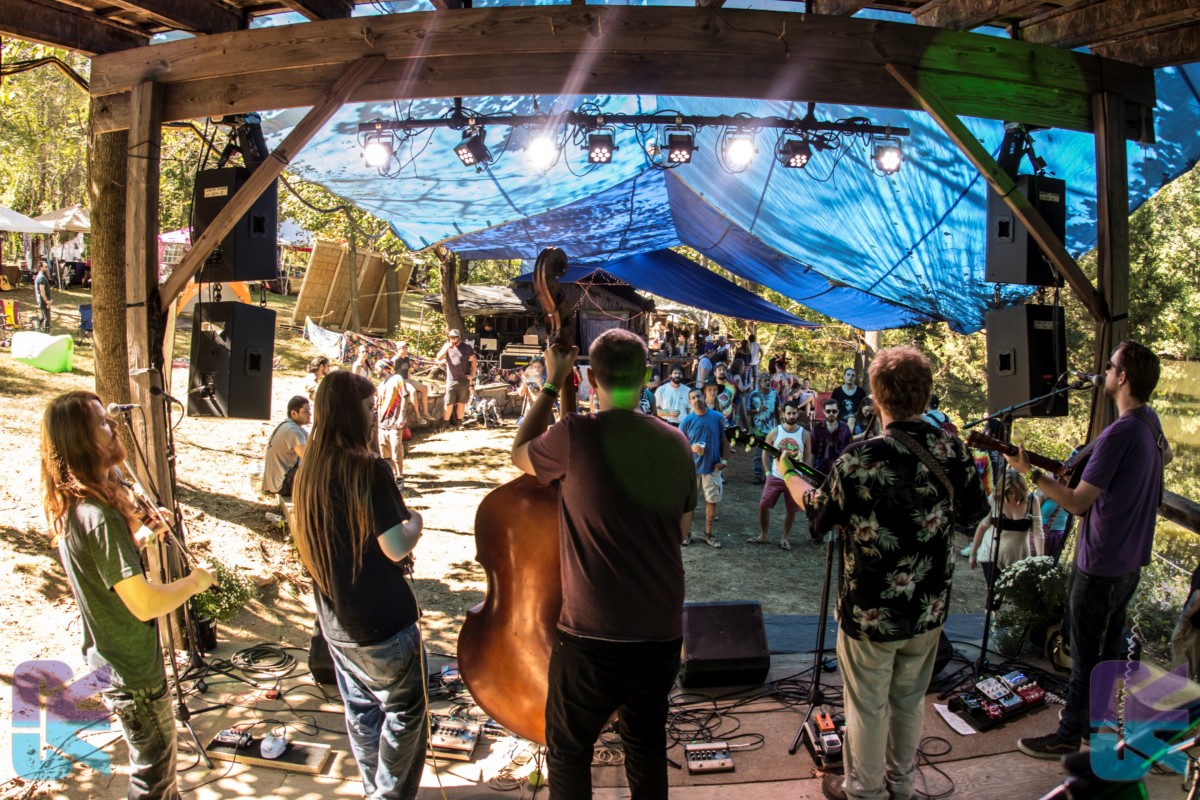